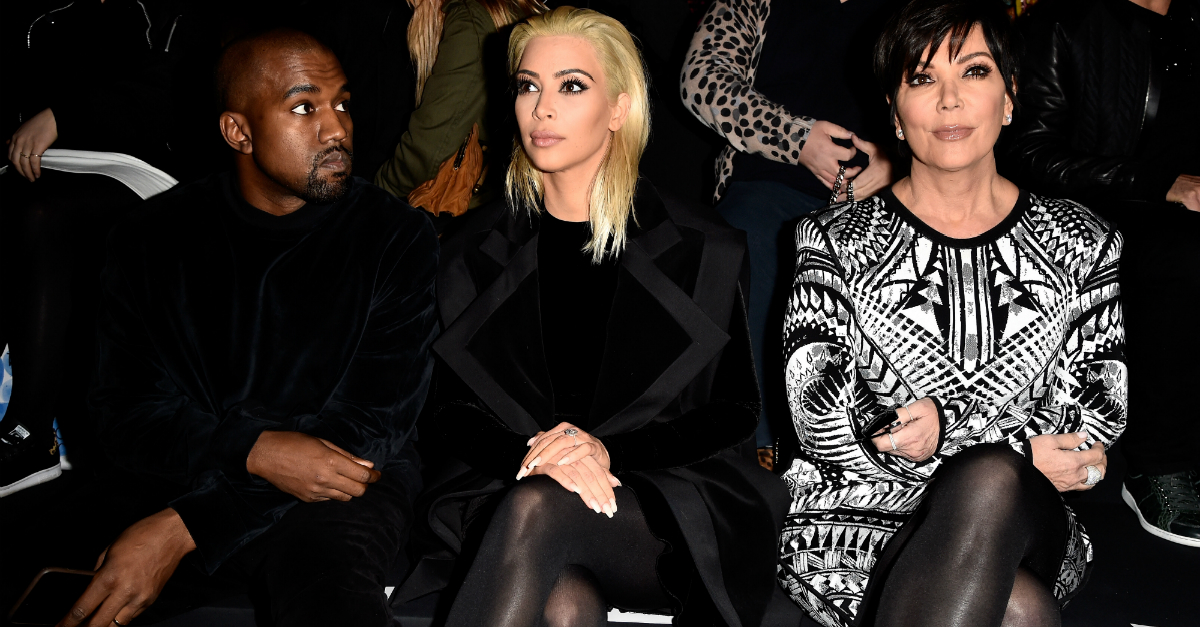 Kris Jenner is now the proud owner of a mansion that has six bedrooms, eight baths, a movie theater and a workout room, according to PEOPLE. But that’s not even the best part! The new abode is right across the street from the home owned by her daughter Kim Kardashian West and son-in-law Kanye.

For most people, living in close proximity to your mother-in-law is a grueling prospect, but Kim and Kanye lived with Kris for almost three years whilst their Bel-Air home underwent renovation, so this should be a cake walk for the rapper.

Jenner purchased the 1.28-acre pad — which sits in the exclusive location of Hidden Hills, California – for $9,925,000, but despite it’s charm, TMZ reports that Jenner isn’t necessarily planning on moving in and may attempt to renovate the house for resale.

RELATED: Paris Hilton just dropped a major truth-bomb on that wild girls’ night out with Britney Spears and Lindsay Lohan

Jenner recently got herself a $15 million payday after her family signed a $150 million deal to extend their contracts with “Keeping up with the Kardashians.”

TMZ reported that the deal extends the family’s reality series for an additional five seasons, which equates to about $30 million per cycle. That’s a pretty hefty pay raise for the family, who signed a contract in 2015 for a reported $100 million.

There are unconfirmed rumors that Khloé Kardashian and sister Kylie Jenner are both expecting. Kim is already mom to daughter North and son Saint and is expecting a third child via surrogate. Kourtney also has three children, Mason, Penelope and Reign with ex Scott Disick. The children will reportedly make some money from their appearances according to show sources.

According to US Weekly, a source said that Khloé is preparing to publicly announce she is expecting a baby boy with boyfriend Tristan Thompson. There is no word when or how she will make the announcement, but she’s apparently ready to do so.

As for Jenner, she reportedly plans to remain tight-lipped until after she gives birth. A source dished about the reality star’s wish to “disappear” out of the spotlight.

“Kylie wants to disappear and be out of the spotlight and focus on her health and happiness,” a source told PEOPLE. “Kylie isn’t going to publicly address her pregnancy until she gives birth. She’s not doing any public appearances and just wanted to take six months off.”

A source told US Weekly that season 14 of “KUWTK” “will heavily document the pregnancies.”

The show, which premiered in 2007, is reportedly one of the longest running and most popular shows in history. It has spawned several spinoffs including “Kourtney and Kim Take New York,” “Khloé and Lamar,” “Life of Kylie” and “Rob and Chyna.”