Months after that awkward interview, Megyn Kelly took time out of her show to put Jane Fonda on blast 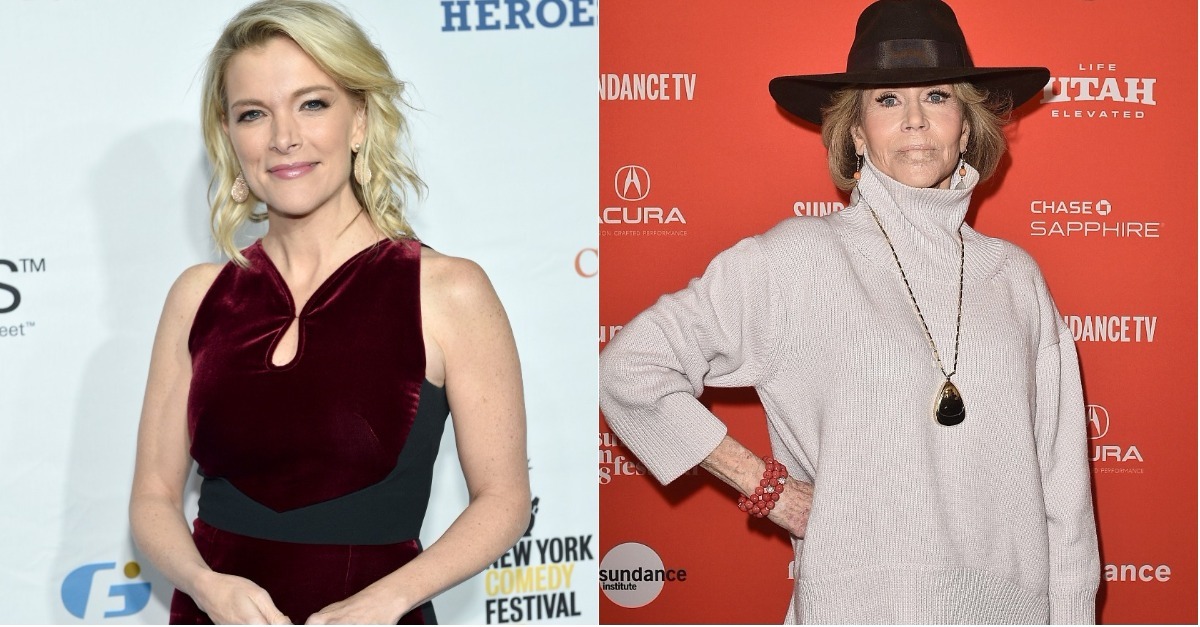 It seems that neither Megyn Kelly or Jane Fonda has forgotten about that awkward September interview in which Fonda shut Kelly down after the latter asked about possible plastic surgery.

Things never really got back on track after that, and the incident came up again just last week, when Fonda appeared on “TODAY” with her “Grace & Frankie” co-star Lily Tomlin. When Hoda Kotb asked how long the veteran actresses have been friends, Tomlin replied, “Oh, my gosh … I think before your first facelift!”

While Kotb and Savannah Guthrie exploded in a fit of giggles, Fonda was clearly unamused. “Never mind! Never mind!” she said. “Who are you, Megyn Kelly?”

On Monday, Kelly took time out of her show to address the actress’s remarks.

“And now, a word on Jane Fonda …who appears to be fixated on an exchange I had with her *months ago* on this show” #MegynTODAY pic.twitter.com/jmUMlGFaJr

“And, now, a word on Jane Fonda, who appears to be fixated on an exchange I had with her months ago on this show,” Kelly said introducing the clip from September on her show on Monday. “When she first complained, publicly after the program and repeatedly after the program, I chose to say nothing because my general philosophy is what other people think of me is none of my business.”

RELATED: After Matt Lauer was fired, a new NBC employee made accusations against staff on “Megyn Kelly Today”

“It’s time to address the ‘poor me’ routine,” Kelly said. She told the audience and viewers at home that Fonda appeared on her show that September to promote a film “about aging.”

“To her credit, she has discussed her cosmetic surgery pretty much everywhere before coming on our show,” Kelly said.

A clips of a previous “TODAY” TV appearance of Fonda discussing her history with plastic surgery then played for the room, and Kelly referenced Fonda’s other interviews which covered the topic.

“Apparently, when she came here, however, again, to promote her film about aging, I was supposed to discern that this subject was suddenly off limits,” Kelly said. “Look, I gave her the chance to empower other women, young and old, on a subject which she purports to know well, and she rejected it. That’s OK. But I have no regrets about that question, nor am I in the market for a lesson from Jane Fonda on what is or is not appropriate.”

The hits kept on coming when Kelly brought up the “outrage” Fonda has caused in the past.

“After all, this is a woman whose name is synonymous with outrage. Look at her treatment of our military during the Vietnam War,” Kelly said as the audience cheered. “Many of our veterans still call her ‘Hanoi Jane.'”

Kelly then listed Fonda’s multiple offenses during that time and added, “By the way, she still says she is not proud of America.”

Actual footage of us watching this feud: