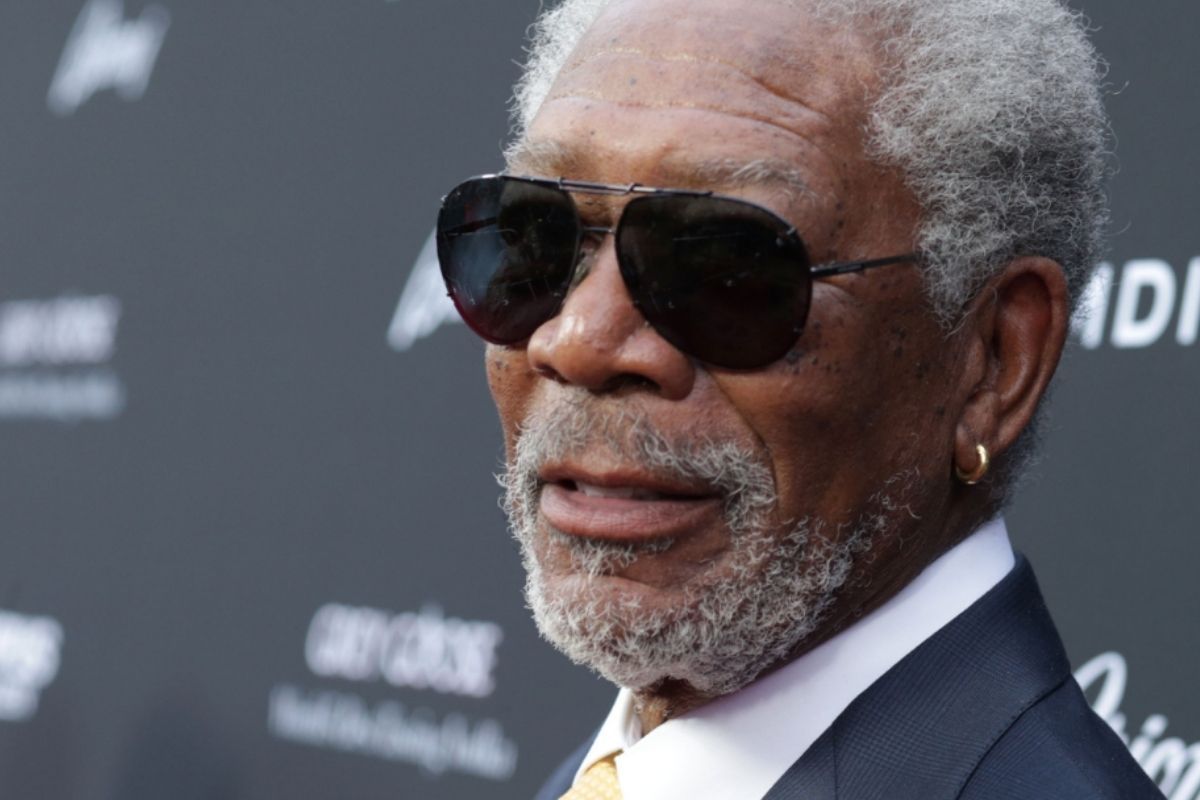 Academy Award-winning American actor Morgan Freeman has one of the most well-recognized faces and voices in Hollywood. Morgan Porterfield Freeman was born in Memphis, Tennessee, to Mayme Edna. He moved around living in Chicago, Greenwood, Mississippi, and Indiana. In Mississippi, he began acting there at a young age. In Los Angeles, California, he studied theatre and had his break with The Electric Company, a children’s tv series.

Other tv series include Olympus Has Fallen and soap opera Another World. Street Smart was his breakout film role, followed by Driving Miss Daisy. From there, other films like Invictus, where he played South African President Nelson Mandela, Million Dollar Baby (his Academy Award win for Best Supporting Actor), Now You See Me, Unforgiven, but also lighthearted flicks like Bruce Almighty, Evan Almighty where he plays God perfectly. Let’s not forget The Dark Knight Rises, The Lego Movie, all films that have proved him multifaceted in his acting skills. The proof is in the numerous Academy Awards, Screen Actors Guild Award, Golden Globe Awards. He spent some time in the United States Air Force before his acting career took off.

His personal life has been the subject of rumors, however. Some of which were true. He’s married multiple times and has numerous children. Morgan Freeman made a 124-acre honeybee sanctuary out of his Charleston, Mississippi land. He also has his own production company. But, have you ever wondered about his personal life? Here’s an inside look.

'He did this': #MorganFreeman is #BLAMED for his #granddaughterdeath at her killer boyfriend's #sentencing as his #motherscreams out that the #Oscarwinnermolested her' before being ushered out of court Emotions ran high at the sentencing of the man who #stabbedMorganFreeman's step-granddaughter to death as the defendant's mother screamed that the Oscar winner was to #blame because he '#sexuallyabusedthevictim'. #LamarDavenport, 33, has been sentenced to 20 years in prison with an additional five years of post-release supervision. '#MorganFreemanmolestedher and he caused this. He did this,' Lamar Davenport's mother screamed as she was ushered out of court in #NewYork Thursday, according to #PageSix. 'He's innocent! It was an accident!' Davenport's emotional mom continued.  There were allegations during the trial and previously that Freeman was involved in a #romanticrelationship with 33-year-old #EDenaHines. Hines had at one point texted Davenport to reveal she had '#grandpafeelings'. Freeman, 80, has always #deniedsuchallegations. Hines is the granddaughter of Morgan's first wife, #JeanetteAdairBradshaw. Davenport had been convicted of manslaughter in the first degree in May of last year for the fatal attack on Hines, who was his girlfriend at the time. He stabbed her 25 times in the street as horrified #onlookers bore witness.  Hines mom was seen wiping away tears outside the courtroom on Thursday. Manhattan District Attorney Cyrus R. Vance, Jr. in a statement: 'Ambitious and driven, E'Dena Hines was deeply loved by family and friends before her life was brought to a horrific and tragic end by her boyfriend, Lamar Davenport. 'I would like to thank the prosecutors in my office for securing a prison sentence #commensurate with his extraordinarily violent crime, and offer my sympathies to Ms. Hines' loved ones as they continue to mourn.' Davenport had been initially charged with murder in the second-degree, but the defense argued he had been in a drug-induced psychosis during the brutal slaying, brought on by his use of PCP. It happened on August 16, 2015, on West 162nd Street in NYC. #trending #viral #gossipgirl #hollywoodnews #morganfreeman (📷: Getty

The first wife of the Hollywood star was Jeanette Adair Bradshaw. The couple met when she was a young twenty-something. They dated for five years before 1967 when they got married. Married life went swell for twelve years. They filed for divorce, for reasons unknown. Speculations, according to tabloid reports and show that it was due to Freeman’s affairs.

Unfortunately, their ties didn’t sever when they divorced. The drama surrounding the fatal stabbing of E’dena Hines, his step-granddaughter, daughter to Deena Adair, by her boyfriend, Lamar Davenport, kept them intertwined. This link seeped into his next marriage with Myrna Colley-Lee because E’dena was raised with Freeman and his second wife.

Morgan Freeman was married two times. His second wife was Myrna Colley-Lee, a costume designer. She once served as the commissioner for the Mississipi Arts Commission. Her art collections and presentations are said to reflect her appreciation for several traditions. Back in 2017, she helped organize an art gallery at the Colobus Museum in Georgia that focused on Afro-American lives.

The couple met through a mutual friend shortly after Freeman and his first wife divorced. Throughout their marriage, they did not have any children, and Freeman was under fire for his public affairs. Their marriage lasted for twenty-six years, from 1984 to 2010, when Myrna filed for divorce.

A post shared by Akshar Choudree Fine Jewellery (@aksharchoudree_finejewellery) on Jun 1, 2020 at 1:21am PDT

Daughter of Morgan Freeman and Jeanette Adair Bradshaw is Morgana freeman. She is the actor’s only biological child that was born while he was married. She was born in 1971 and is her father’s namesake. Morgana stays mostly out of the limelight. Her only main sighting was at the Oblivion premiere when she accompanied her father.

Saifoulaye Freeman is Morgan’s third child born in 1960. His mother is unknown, but his conception was that of Freeman’s affairs as he was in a relationship. His second son became a flight instructor.

Deena Adair is technically Jeanette Adair Bradshaw and Morgan’s child. She was Jeanette Adair Bradshaw’s daughter from a previous marriage. Deena was adopted by Freeman when he and Bradshaw were married. She, like her adoptive father, works in Hollywood. She has worked as a hairstylist and makeup artist. She did personal styling for Freeman during Just Getting Started and for multiple The Story of God with Morgan Freeman episodes.

Alfonso Renee Freeman is Freeman’s only son who has decided to become an actor. He is the son of the actor and Leoletha Adkins, born in 1959. He has been in multiple films including Ten ‘Til Noon, SE7en, Nurse Betty, and movies with his father: The Shawshank Redemption, and The Bucket List. He also voiced in a parody of Shawshank called The SharkTank Redemption. He married multiple times and has three children: Alfonso Rene II, Joshua Caleb, and Donovan Lee.