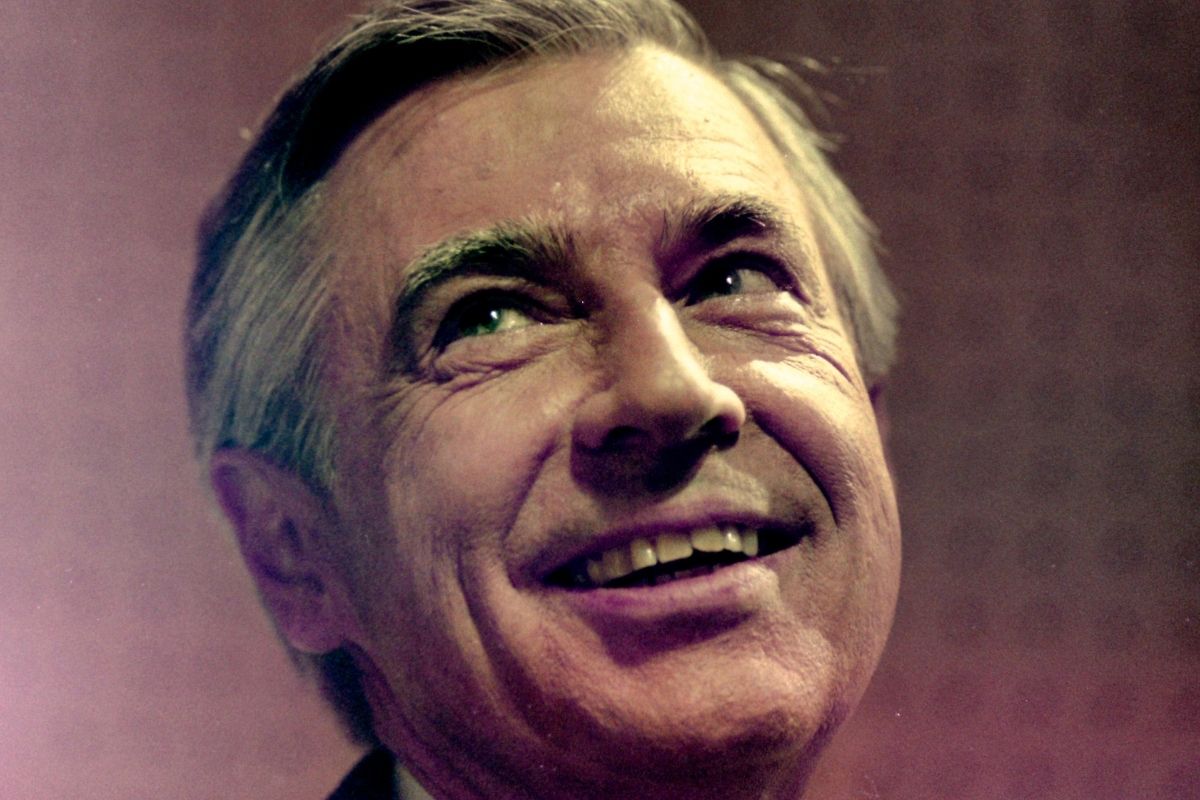 Mr. Rogers was the kind, soft-spoken host of the classic PBS children’s television show Mister Rogers’ Neighborhood from 1962 until 2001, helping multiple generations of children to learn about their feelings, enjoy the stories of the Neighborhood of Make-Believe, and feel good about being a person growing up in the world. Mr. Rogers never talked down to his audience and remained plain-spoken and natural, which was a stark contrast to the tone of a lot of children’s television programming.

Rogers carried over this no-nonsense attitude in 1990 when it came to light that the notorious white supremacist group the Ku Klux Klan was imitating his voice and sound effects from Mister Rogers’ Neighborhood to make racist tape recordings available via a telephone number aimed at children. Fred M. Rogers took the Missouri Knights of the Ku Klux Klan to court…and won.

Fred Rogers hadn’t hesitated to champion civil rights on his show. In 1969, just a year after Martin Luther King, Jr. was assassinated, he had done a scene on Mister Rogers’ Neighborhood in which he and the character Officer Clemmons, a Black man, soaked their feet together in the same kiddie pool. It seems like a mild gesture today, but this was a fairly radical addition to children’s television in the late 1960s. Per All That’s Interesting, François Clemmons, who played the role of Officer Clemmons, said in an interview for the documentary Won’t You Be My Neighbor?: “Around the country, they didn’t want Black people to come and swim in their swimming pools, and Fred said that is absolutely ridiculous. My being on the program was a statement for Fred.”

The KKK Was No Match for Mr. Rogers

The 1990 court case came to be when the Missouri branch of the Ku Klux Klan distributed a phone number that when dialed, played a recording featuring an actor imitating Mr. Rogers’ voice and speech pattern as well as music similar to the show’s theme song. There were a series of bigoted and racist messages that featured everything from the Klan lynching a child on a playground to the impersonator decrying homosexuality and referring to AIDS as “divine retribution”—truly disgusting, hateful garbage. Community groups and civil rights and religious leaders in Independence, Missouri investigated the phone number and revealed that the Missouri Knights of the Ku Klux Klan were responsible, as they had used the phone number in the past. They also noted that the number had circulated among elementary and middle school students, who had been exposed to the messages, as the Klan had intended.

As reported by the New York Times, Fred Rogers filed a lawsuit against the Klan and three specific individuals, Adam Troy Mercer, Edward E. Stephens IV, and Michael Brooks, who also went by M.B. Madison. Rogers’ lawyer Cynthia E. Kernick said the messages “are of racism, white supremacy and bigotry—the antithesis of everything Rogers and Family Communications Inc. stand for.” District Judge Howard F. Sachs immediately issued a temporary restraining order a day after the lawsuit was filed and ordered the Klan, Mercer, Stephens, and Brooks to turn over the tapes. The Klan members agreed to stop playing the messages on their hotline and to destroy the racist telephone recordings.