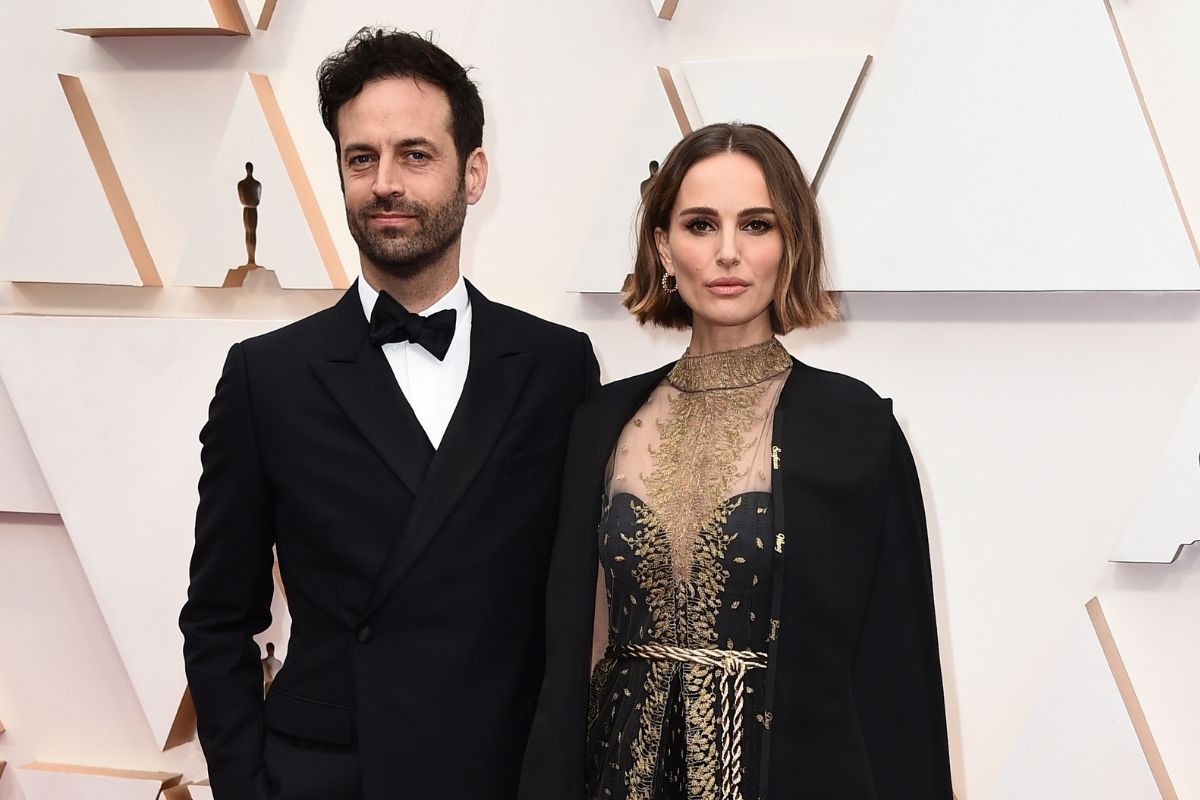 Black Swan‘s Natalie Portman has seen her fair share of success in Hollywood. In her career, starting in the 90s, she’s been in Thor, Star Wars, V for Vendetta, Closer, Annihilation, Marvel’s Avengers, and Lucy In The Sky. As you would expect, she is heavily awarded for these roles. To her name, there is a BAFTA Award, Academy Award for Best Actress (Black Swan), Golden Globes, Screen Actor Guild Award, and many more. But like many people, her career is not her entire life. Read on for a peek inside Natalie Portman’s personal life.

Who Is Natalie Portman’s Hubby?

Natalie Portman met her husband, Benjamin Millepied, at work. Specifically, they worked on Black Swan together. Millepied is the French dancer and choreographer who choreographed (and performed) numbers in the film. He keeps a pretty low profile, but we know that he is French and learned ballet from his mother, a ballet dancer. He studied at the School of American Ballet after moving from France to the United States. He also joined the New York City Ballet. He retired from them in 2011 and founded the L.A. Dance Project, whose first performance was in the Walt Disney Concert Hall. After that, his gig was as the Director Of Dance at the Paris Opera Ballet.

The Hollywood actress and dance choreographer were engaged by the end of 2010 and married in 2012. Rumors were circulating that they had married before their ceremony when they were spotted at the Oscars wearing matching bands. It turns out it was just an emotional statement.  The wedding ceremony was held at their private home in Big Sur, California. Since Portman is Jewish, the couple participated in a Jewish ceremony. Prior to the wedding, Millepied converted to Judaism to marry Portman. Continuing to be the stylish icon she is known to be, Portman wore a custom-made Rodarte gown. She’d garnered a relationship with the designers on the Black Swan set, as well, when they designer that infamous black feather tutu.

The couple has been married for 8 years, now. Portman took to social media recently to brag about her hubby and their accomplishment. Since she remains fairly private, this isn’t something she does often. This made it even lovelier a message to see. Another big, yet not widely-known part of her life is the fact that she and her husband started their family. In 2011, they had their first child, a son, Aleph. He was born on June 14, 2011, just five days after Natalie’s 30th birthday. She spoke about being a parent a few years after he was born to Harper’s Bazaar, where she stated, “Very early on, I asked [Cate Blanchett] about being a parent. I said ‘How do you do it? You’re a mom. You’re the best at what you do.’ She said, ‘You just do. Stressing about it doesn’t help.’ Most men I know are dealing with the same issues. They say they feel like if they work too hard they won’t have enough time with their families. Maybe those questions need to be asked of men, too. Maybe the men need better questions.”

Their second child came in 2017, their daughter Amalia Millepied Portman. She actually missed the Academy Awards in 2017, where she was nominated for her role as Jackie Kennedy in Jackie, due to Amalia’s birth! After her daughter’s birth, Portman revealed that she had received a lot of “feminist baby books,” which inspired her to write her own version of a children’s tale! She released Fables in 2020. In a letter on the site for her successful book, she wrote, “It felt sad to explain to a small child that girls and women have so many obstacles or why they are treated differently before they’ve even started experiencing the world.”

Watch: Scarlett Johansson Remembers Her Family Lost in the Holocaust