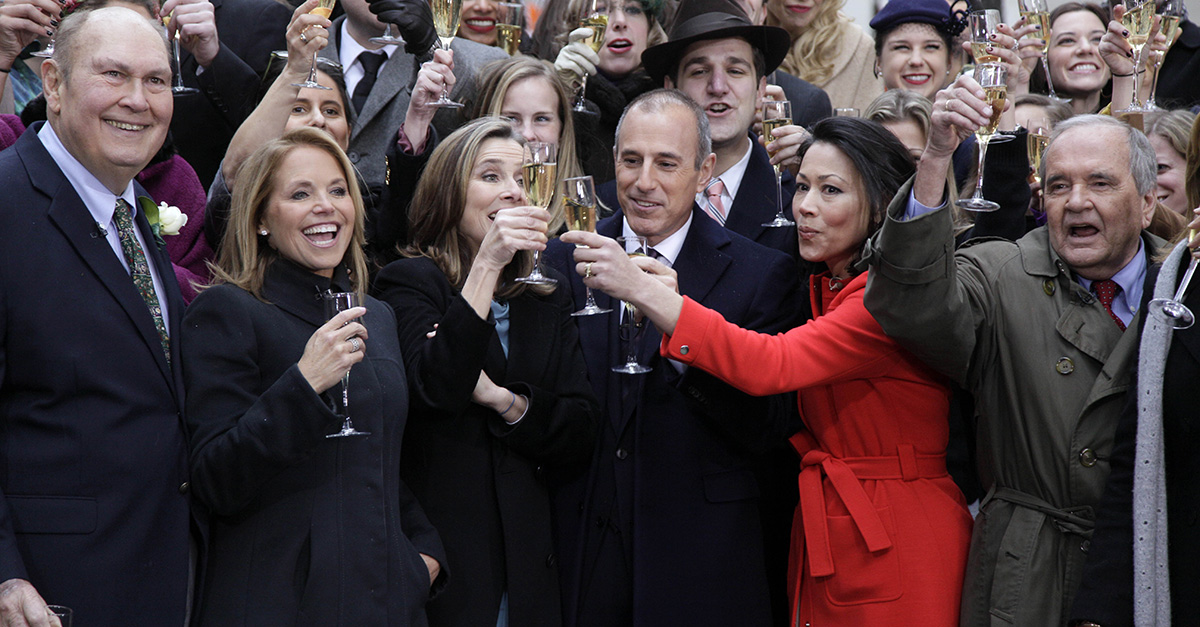 Get ready to welcome Katie Couric back to NBC!

The former “TODAY” host is reportedly making a comeback to NBC to co-host the Opening Ceremony of the Winter Olympics in Pyeongchang, South Korea.

Couric confirmed the news with a post on Instagram with new co-host and NBC Sports host Mike Tirico.

RELATED: Katie Couric speaks out about Matt Lauer?s ?Today? show exit: ?This was not the Matt we knew?

The news of Couric’s new gig comes just months after former “TODAY” anchor Matt Lauer was fired from NBC in November following an alleged incident that happened at the Sochi Olympics in 2014.

“This happened so quickly. She didn?t go to the media, she made a complaint to NBC?s human resources, and her evidence was so compelling that Matt was fired on Tuesday night. The victim says she has evidence that this has also happened to other women, but so far we don?t have evidence of that,? the gossip column reported in November.

President of NBC Olympics Production and Programming Jim Bell shared his excitement for the new co-hosts in a statement shared by Variety.

“It?s beyond exciting to welcome Katie back to our Olympic booth. Katie has extensive Olympic experience, having anchored the ?Today? show at six previous Games, and hosted the Opening Ceremony in Sydney, Salt Lake City, and Athens,? he said. “We have been eagerly awaiting Mike?s first prime time Olympic hosting duties, and now, with Mike and Katie, viewers will have two pros, and two terrific storytellers leading the way.?

Couric previously appeared at the Opening Ceremonies of the Winter Games in at the 2000 games in Sydney, 2002 in Salt Lake City and again in 2004 in Athens.