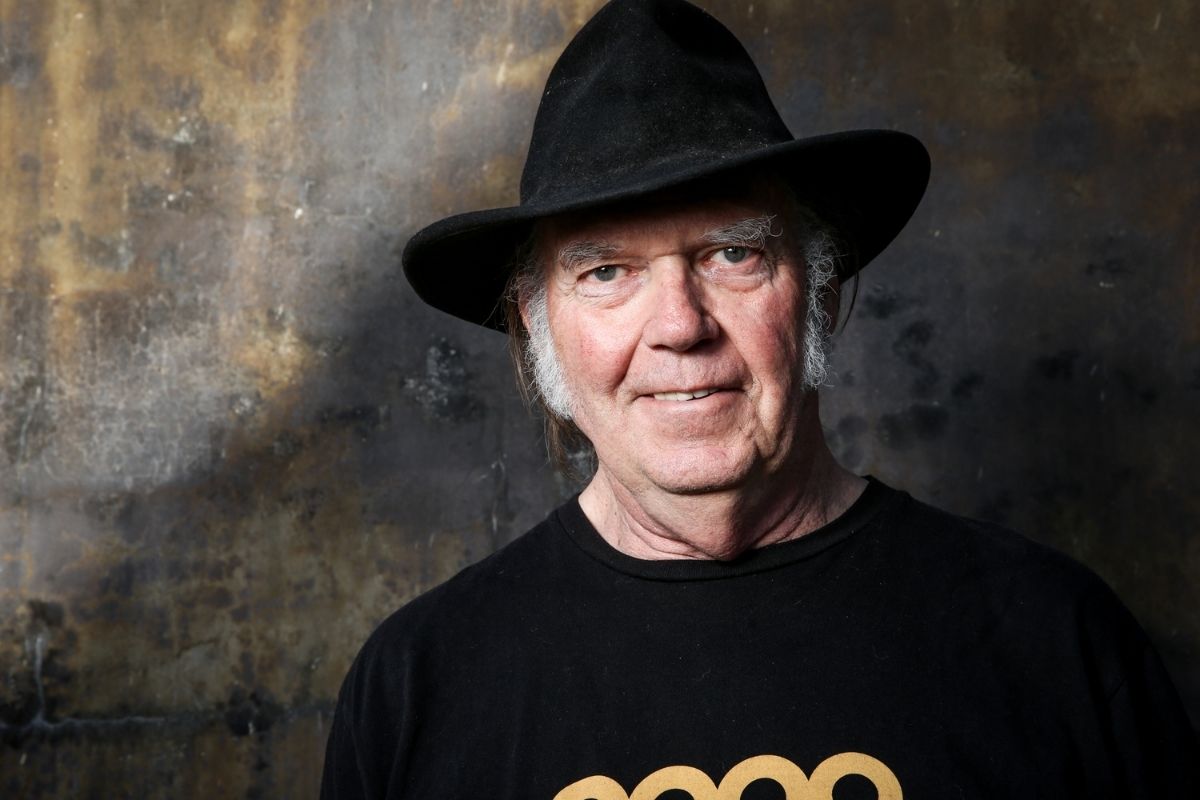 “A poisonous predator.” That’s how David Crosby, a former member of Crosby, Stills, Nash & Young, described his old bandmate Neil Young’s new wife. And Crosby wasn’t the only one who gave Daryl Hannah a hard time. When the two were spotted together, the tabloids were also quick to judge, calling the actress a “Homewrecker“.

It’s true that the Splash star and guitarist had been dating while the rocker was still married to his ex-wife of 36 years, Pegi Young. But could there be more to their affair than meets the eye? In this article, we’ll take a closer look at the infamous romance between Neil Young and Daryl Hannah.

How Neil Young Fell in Love with Daryl Hannah

Before Young, Hannah had dated a number of musicians — including Jackson Browne, Rami Jaffee of the Wallflowers, and (allegedly) Mick Jagger, as well as John F. Kennedy Jr. In 2013, Young and a group of six friends took a six-and-a-half-hour road trip from Edmonton to Fort McMurray, Alberta. Hannah was among them. A year later, Young and Hannah were spotted at a protest against the Keystone XL pipeline in Washington D.C.

That same year, the singer-songwriter filed divorce papers after 36 years of marriage with Pegi, the inspiration for the song “Unknown Legend.” Young and Pegi had shared two kids: Ben and Amber. (Young also has a son named Zeke from his previous relationship with actress Carrie Snodgress).

By the time the divorce was finalized, Young and Hannah had reportedly already been dating for months. It was around this time when Crosby threw shade at Hannah in an interview with the Idaho Statesman, saying  “I happen to know that he’s hanging out with somebody that’s a purely poisonous predator now. And that’s karma. He’s gonna get hurt. But I understand why it happened. I’m just sad about it. I’m always sad when I see love tossed in the gutter.”

Neil and Daryl Get Hitched

In 2018, the couple was married somewhat secretively in a small ceremony in Atascadero, California. Young confirmed his marriage to Hannah in a message released with a live recording of the song “Ohio”. Young composed the song in 1970 to honor the four activists who were shot by the National Guard while protesting the Vietnam war at Kent State University in Ohio.

Young re-released the song in 2018 to call for “common-sense gun laws” and remind audiences to vote for better gun control.

In 2018, Hannah made her directorial debut with the Netflix movie Paradox, which starred her husband. Young also composed the soundtrack for the movie, which premiered at the SXSW festival in 2018.

So far, Crosby has been wrong about Neil and his wife Daryl.  Today, the couple has been together for more than five years. They are weathering out the coronavirus pandemic at their home in Los Angeles.