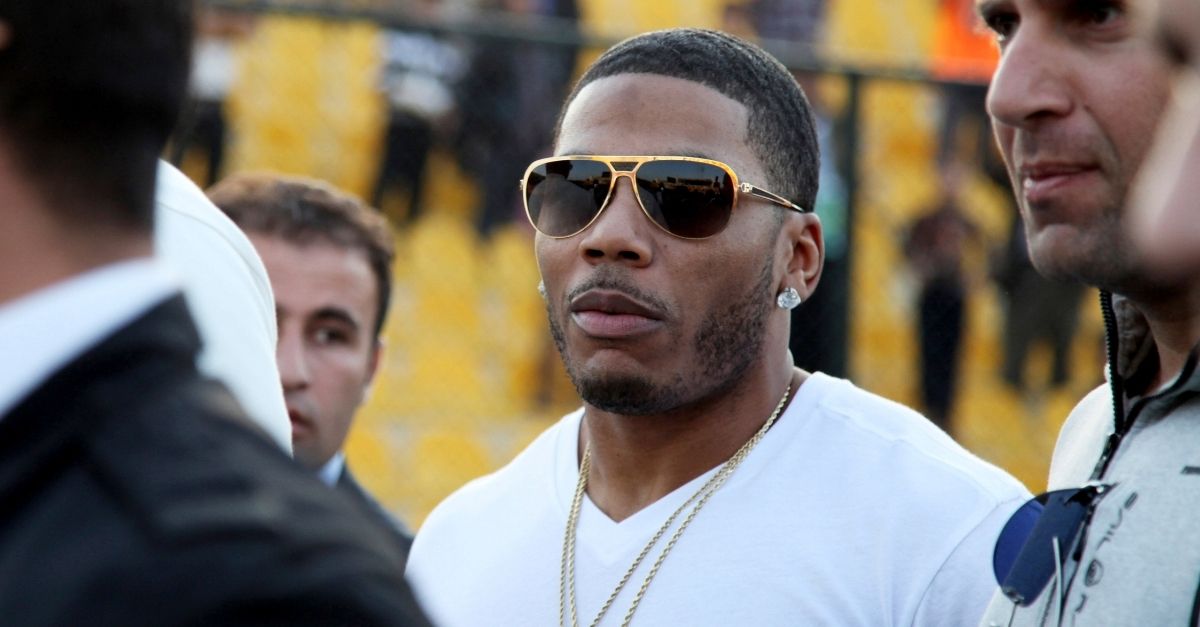 So when I heard that rapper Nelly, whose real name is Cornell Iral Haynes Jr., was going to be a contestant I freaked out because this was the most random news ever. But then again, it’s Dancing with the Stars season 29 (!!) so you kind of expect it to be. In case you don’t know who the 45-year-old is, he is an American rapper, singer, entrepreneur, investor, songwriter, and actor from St Louis Missouri. He first started his musical career with Midwest hip hop group St. Lunatics in 1993 and was signed to Universal Records in 1999.

Under Universal, he began his own solo career in 2000 with his debut album Country Grammar, of which featured title tracks and record-breaking singles such as a Ride Wit Me which is one of his top 10 hits to this day. The album then climbed up to number 3 on the Billboard 200, and then went on to Peak at number 1. Country Grammar is still known for these best selling albums and has sold over 8.4 million copies in the United States.

He then went to release his album Nellyville which produced the number-one hits Dilemma, Hot in Here, Work It, Air Force Ones, and Pink Juice. In 2004, he released Sweat Suit, and in 2006 he released Sweatsuit, which is the compilation. In 2008 he released his fifth album Brass Knuckles and went on to release 5.0 in 20120 which was a certified triple platinum in the United States.

So, safe to say this man?s career has expanded through the years. Which is why he won two Grammy Award in 2003 and 2014. He also dabbled into acting and was a supporting role in the 2005 remake film The Longest Yard which featured Chris Rock and Adam Sandler. The RIAA ranked Nelly as 1/4 best-selling rap artist in American music history, with 21 million albums sold in the United States. In 2019, Billboard ranked Nelly the number three top artists of the decade (the 2000s).

As far as his personal life, the star is pretty private. But he has been in a relationship with girlfriend Shantel Jackson since 2014 and is the father of two. The children are from two different relationships, but their mother’s identities have remained private. But the siblings reportedly have a tight bond and always support each other. The rapper has also helped raise his nephew Shawn and Sydney after his sister, Jackie Donahue, died from leukemia back in 2005. He spoke with The Real about being a single father, saying it was important for him to let people know that there are still “good” single parents around taking care of their children.

The rapper revealed that his biggest lesson he’s learned while being a dad is that “patience is the biggest thing. He stated, “We are the only generation, I mean, we share the most with our kids. We share the same clothes, we play videogames, we like the same things.”

“Dancing With The Stars”

So yes, was it random for Dancing With the Stars to pick Nelly to participate in the popular dance show? Yes. But honestly, with his background, I’m not surprised and I’m pretty sure he can kill it. He spoke with ET about his new journey, saying that he thinks he has what it takes to walk away with the mirrorball trophy. Just today it was revealed that the singer was going to be dancing besides that to one of his most popular songs Ride Wit Me to kick off the show on ABC.

Thorugh social media he stated, “The first song I’ll be dancing to is ‘Ride Wit Me,’ and doing my own music is mixed emotions for me, On one hand, I’m very thankful that they’re using my music, but on the other hand it’s like, ‘I came here to dance and not really be Nelly, but to bring Nelly to a different genre.’ But I’m game, so we’ll see what happens!”

The rapper didn’t know that he didn’t pick the song, but he said he joined the Emmy nominated show for a different experience. The singer said he only had a couple of rehearsals with his yet-to-be-revealed Pro partner, but apparently they are doing very well and admitted that ballroom dancing is different from anything he’s ever done. I bet his partner is either going to be Cheryl Burke or Daniella Karagach. As far as who he thinks his biggest competition will be, is none other than the very successful and teenage heartthrob AJ McLean from Backstreet Boys. One thing is for sure, we can?t wait to see him on Monday, Sept. 14 dancing around!

Don’t forget to join DWTS’ new host Tyra Banks as host and the rest of the cast for a fun night of dancing! And don’t worry, the show is taking all percaussionary measures to stay in line with COVID-19 rules.

Watch: Everything We Know About ?Dancing With The Stars? Season 29