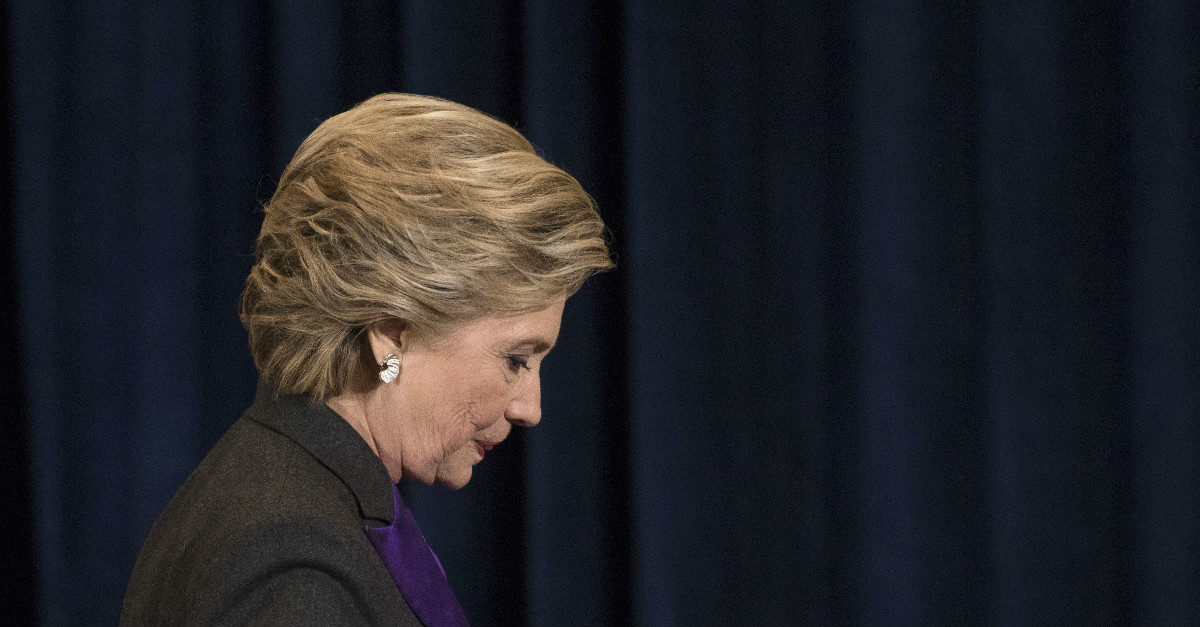 Hillary Clinton, as the stunning results of the election came in and her fate became all-too real, called Barrack Obama to apologize for her unexpected defeat.

The revelation comes in a new book about Clinton’s chaotic campaign that ultimately ended in failure when pundits and polls had predicted she would wallop Republican candidate Donald Trump.

“Mr. President, I’m sorry,” Clinton told Obama on the phone, according to a Washington Post review of the book, “Shattered: Inside Hillary Clinton’s Doomed Campaign.”

On election night, Clinton made the call she truly never expected to make, phoning Donald Trump to concede defeat.

“Congratulations, Donald,” Clinton told Trump, according to the book.

Also according to the book, Obama encouraged Clinton to concede on the night of the election shortly after it became clear that Trump had won Wisconsin.

“You need to concede,” the book says Obama told his former secretary of state over the phone.

The book goes into detail about election night and the chaos that descended upon Clinton’s Brooklyn headquarters as the votes continued to stack up against her on the night of Nov. 8. The book also digs into the personalities of campaign officials such as manager Robbie Mook and chairman John Podesta.

However, what is not included in the book, according to the Washington Post, is any delving into the possibility of Russian hacking into the election, and any repercussions it might have had on Clinton’s campaign and the election.

Multiple U.S. intelligence agencies have determined the Russians did launch an extensive cyber hacking campaign designed to aid Trump win the presidency. The FBI and Congress are currently investigating possible coordination between the Trump campaign and Russia.