People have been questioning Nicole Kidman ever since she was caught doing a “seal clap” at the Oscars. Now we finally have answers!

Instead of shying away from questions, the actress decided to answer everyone head on without coming up with a lame excuse. As you may have guessed, the borrowed jewelry on her hands was to blame.

“It was really awkward! I was like, ‘Gosh, I want to clap.’ I don’t want to not be clapping, which would be worse, right? ‘Why isn’t Nicole clapping?'” Kidman said on “Kyle and Jackie O Show” Wednesday.

RELATED: JLo kicked Drake to the curb and now she’s rumored to be dating one pretty famous baseball playboy

Kidman was wearing a 119 carat Harry Winston ring when she was caught with the awkward clap.

“It was really difficult because I had a huge ring on that was not my own,” she said. “It was absolutely gorgeous, and I was terrified of damaging it. It’s like, is there not more important things to be focused on than the seal clap?”

Of course, Kidman had a front row seat for that crazy mix-up over Best Picture.

“It was bizarre. I wasn’t sure what was going on. No one in the audience was. Then there was some shuffling, envelopes — and people rushing onstage. I was like, ‘What is going on?’ I thought someone wasn’t well and then I saw people’s faces dropping,” Kidman, who won Best Actress in 2003 for “The Hours,” said.

Seems like all of the audience’s reactions were genuine. 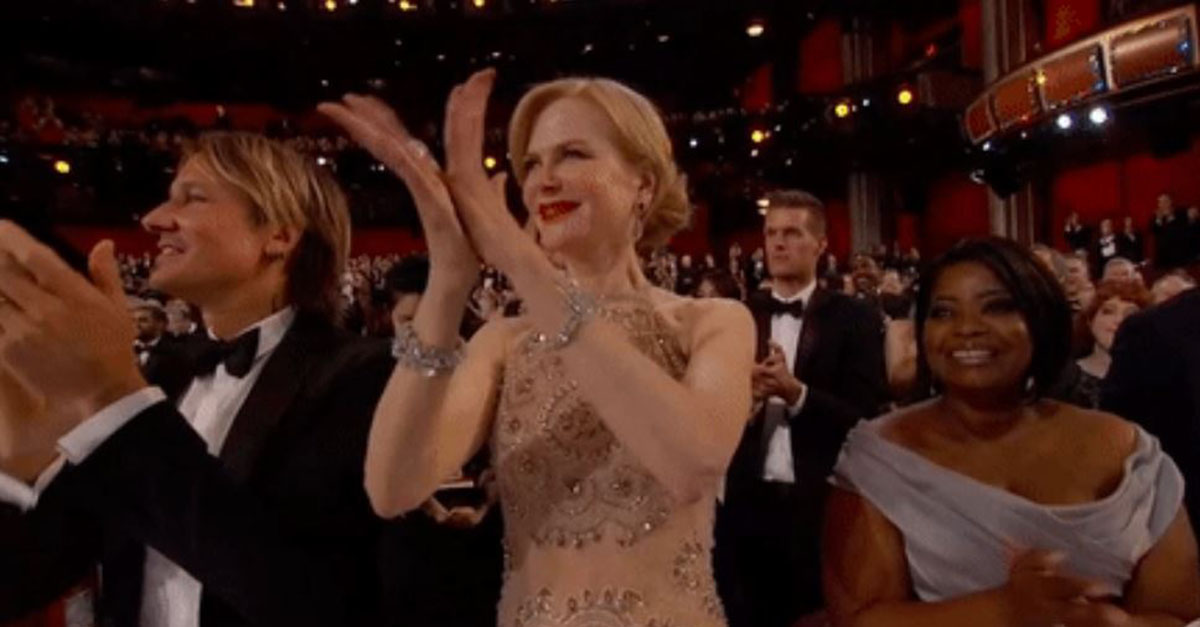