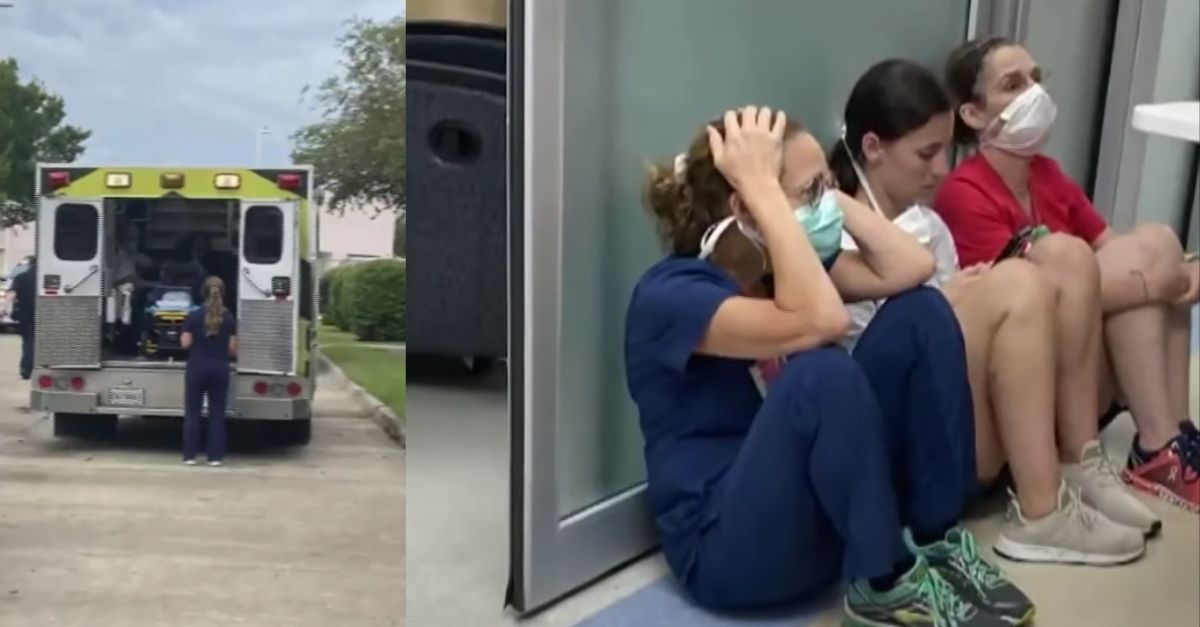 With Hurricane Laura leaving chaos and destruction in its path, the states of Arkansas, Mississippi, Texas, and Louisiana have been forced to follow through with their emergency procedures. Louisiana has sustained probably the most damage out of all the states affected, forcing many to evacuate as Hurricane Laura tramples its way through. Nevertheless, nurses at a certain Louisiana Hospital decided to stay behind in order to care for 19 NICU babies who so desperately needed their help and care, despite being in danger of having to power through the strength of a Category 4 hurricane.

As the storm picked up with 150 mph wind gusts blowing around, water starting to leak into places it didn’t belong, and power starting to flicker on and off, the hospital staff in the NICU (neonatal intensive care unit) at the Lake Charles Memorial Hospital for Women worked quickly, diligently, and efficiently to tend to 19 babies who needed specific specialized care.

The city of Lake Charles had a mandatory evacuation order in place since it was one of the places to get hit the worst. Dr. Juan Bossano, along with 14 nurses, two neonatal nurse practitioners, and three respiratory therapists stayed behind to keep these little patients safe, working overnight in two teams with no air conditioning and the water going out in the middle of the night. With little sleep, they helped regulate the safe transfer of the babies to the main hospital, once the initial hospital was at high risk for flooding.

Dr. Bossano told CNN that, “Some of the babies were on respirators and ventilators, some as small as one or two pounds,” and that, “Some of them were born prematurely at just 23 weeks.” But the NICU staff and patients all kept persevering.

Dr. Bossano made sure to keep updated on his Facebook page for everyone to follow, detailing how they were able to successfully transfer the little warriors safely to the main hospital in less than two hours. And thanks to the help of other doctors, residents, the sheriff’s department, and many others, respirators, incubators, and other equipment and supplies were also taken to Lake Charles Memorial Hospital.

However, the fight isn’t over yet. Because the main campus didn’t have water service, the tiny patients will have to be transferred once again to other hospitals around the state. But, at least everyone’s in safer areas.

Dr. Bossano commented on how proud he was of this team, telling CNN, “It’s important to know the dedication of all the nurses and the respiratory therapists to keep taking care of the babies when they don’t even know the condition of their homes. In a small town like this, people have to pull together. I’m proud of them.”

This year has just worn on the world more and more as the beginning of its end draws near. With the coronavirus pandemic and division caused by police brutality and racism, coming together to help one another has never been more important as Hurricane Laura hits 2020. Click here to find out how you can help those affected by it.