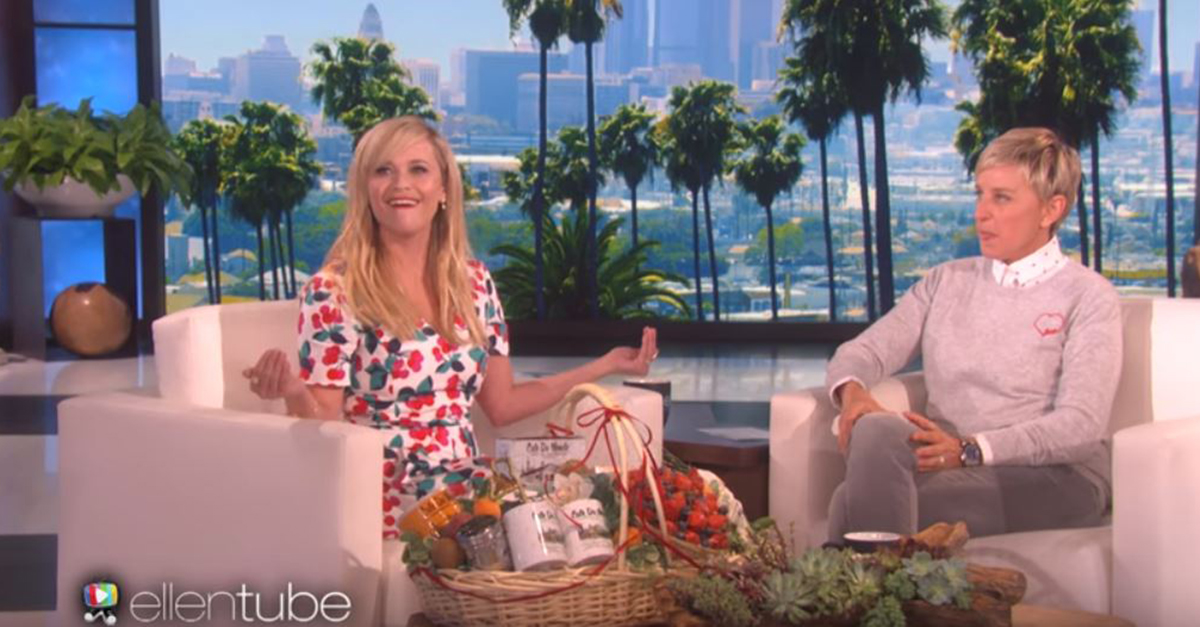 Reese Witherspoon isn’t like a regular mom; she’s a cool mom! (or at least she thinks she is!)

On Wednesday, the mother of three and star of the recent HBO miniseries “Big Little Lies” appeared on “The Ellen DeGeneres Show” and proudly announced she regularly embarrasses her kids.

“All I do is embarrass my kids!” she said. “I put things of me on Instagram like ‘Hitting the Folks,’ and my son’s like, ‘Oh God, please don’t do that!’ I just recorded my mom and I dabbing. That’s pretty embarrassing.”

Being a mom is one of the biggest joys of my life. I have learned so much from my 3 kids… patience, kindness, humility, creativity and of course, how to tell a great knock-knock joke! 😉 To my wonderful kids, I love you more than you will ever know (You will figure that out as soon as you have your own kids. 😘) Always know how grateful I am everyday I get to be your mom!! 💖✨💖

“That’s not embarrassing,” DeGeneres said. “Let me see you dab.” Witherspoon then gave the audience her best “dab” and DeGeneres seemed impressed.

“I would say it’s a little white,” DeGeneres laughed.

RELATED: Things got awkward on ?Live!? when Ryan Seacrest mixed Jeffrey Tambor up for a dearly departed actor

After identifying that Cam Newton was the first to ever “dab,” Witherspoon felt pretty good about herself.

“See? I know the origin of the dab,” she joked.

It seems that the apple doesn’t fall far from the tree, because Witherspoon’s mother, Betty, also likes to embarrass her.

According to Witherspoon, her mother took her laptop into an Apple store and made the Genius Bar employee blush when she said, “Don’t worry. I keep all of my nude selfies on The Cloud.”