Oh baby! Derek and Hannah Jeter are officially parents after welcoming their first child together 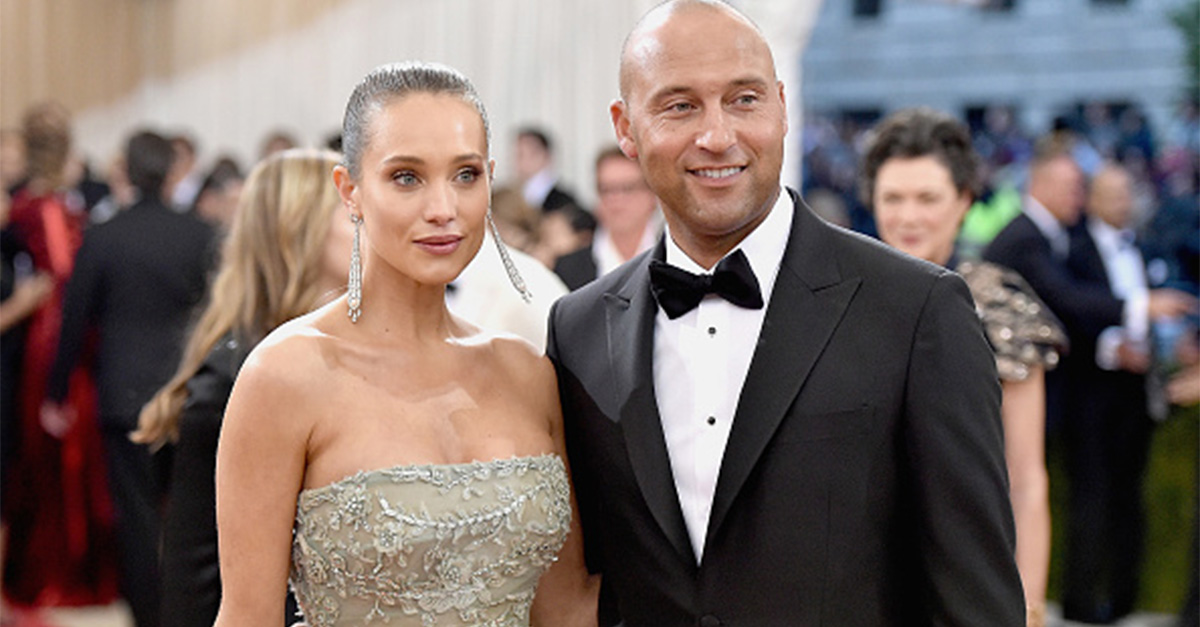 Congratulations are in order for Derek and Hannah Jeter, who just brought their first child into the world! The Sports Illustrated Swimsuit model gave birth to a baby girl, whom the couple has named Bella Raine, on Thursday, The Players’ Tribune shared on Twitter on Friday.

The couple also received well wishes from Derek’s former team the New York Yankees, who congratulated them with a tweet that read, “Congrats to Derek & Hannah Jeter on the birth of their daughter, Bella Raine Jeter. We can’t wait to meet her!”

RELATED: The dress Hannah Davis wore to marry Derek Jeter is the stuff of fairy tales

Congrats to Derek & Hannah Jeter on the birth of their daughter, Bella Raine Jeter. We can't wait to meet her! pic.twitter.com/EjQpoNgiqT

The Jeters announced that they were expecting back in February, and Hannah was so ready for a girl.

“[Derek and I] both have two nephews right now [whom] we absolutely adore and we spend a lot of time with, so I?m really excited to buy all the girly fun stuff because we?ve been buying boy things for years,” she said. “I want an Easy-Bake Oven, I want the dollhouse. Barbie car.”

The couple has also already planned how they will raise their daughter and any future children they may have.

“Derek and I will want our children to understand that the lives they’ve been given are so fortunate, in so many ways,” Hannah wrote for The Players’ Tribune. “We’ll want them to learn to help others, and to care for others, and to give back to the world. We’ll let them know that they are strong and smart, and that they can do anything they put their minds to. I hope they’ll be honest like their father. I hope they’ll be stubborn like me. I hope that they know what they want and won’t settle for less. And if they want to play baseball, well, we’re gonna have a little talk first.”

RELATED: Derek Jeter is officially off the market! Get all of the details about his Napa nuptials with Hannah Davis