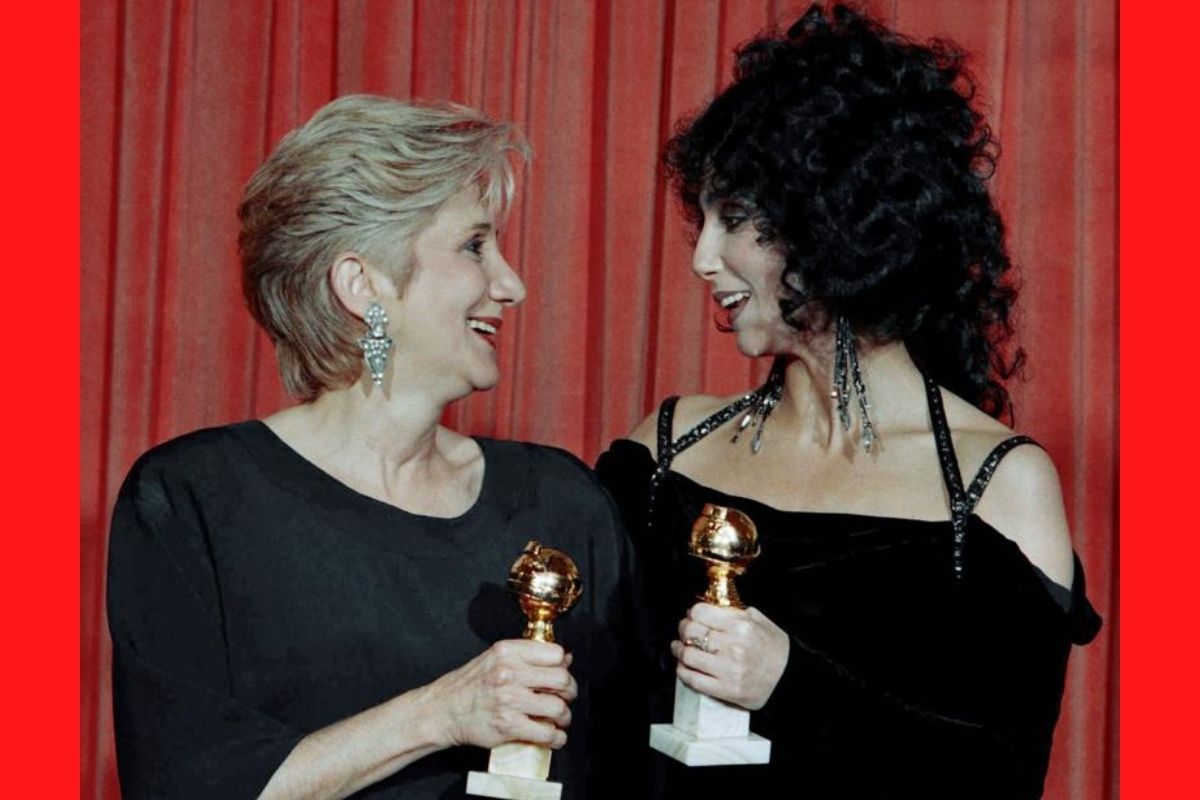 Actress Olympia Dukakis was an icon of the stage and screen. Though she died on May 1 at the age of 89, she’ll always be remembered for imbuing tough characters with a twinkling warmth. As the beleaguered matriarch in Moonstruck, Dukakis won an Academy Award and a Golden Globe in 1988. She also starred Steel Magnolias, Tales of the City, Joan of Arc, and completed a colorful career on and off-Broadway.

Olympia Dukakis was born to Greek immigrants in 1931 and grew up in Lowell, Massachusetts. Her cousin, coincidentally, was Massachusetts governor of Michael Dukakis; the politician famously became the democratic presidential candidate in 1988.

Dukakis went on to attend Boston University, where she majored in physical therapy and treated polio patients. But she gave up that career during the early 60’s to begin acting full-time. Dukakis then moved to New York City, where she starred in many popular plays. Though the American public became familiar with Dukakis in her older age, she won an Obie Award back in 1963 for her break-out performance in A Man’s a Man (also called Man Equals Man) by Bertol Brecht. Years later, she won another Obie for The Marriage of Bette and Boo. And just one year later, in 1986, Dukakis starred on-stage in Mike Nichols‘ Social Security. It was this performance which so impressed the eventual Moonstruck director Norman Jewison.

Dukakis married the actor Louis Zorich in 1962. With her husband and other friends, Dukakis co-founded the Whole Theater Company in 1973. Around that time, the couple moved to Montclair, New Jersey where they raised three children together: Christina, Peter, and Stefan. Zorich died in 2018 at the age of 93.

On May 1, 2021, Dukasis passed away at her Manhattan home. Though the cause of death has not been specified, her health had been declining for some time. Her death was announced by her brother Apollo Dukakis, in a Facebook post:

In June, the Oscar winner would have turned 90.

Playing Rose Castorini, Dukakis brought a stolid sensibility to the Moonstruck mom who frets over her husband’s infidelity and daughter Loretta’s own romantic plight. (It’s no secret that Moonstruck is my favorite movie of all time.) In a fairy tale-like film, full of delightfully weird characters, Dukakis is the rock which singe-handedly holds the Castorni clan together: emotionally adept, forgiving, and too often-overlooked. In other words, a mother. With Mother’s Day approaching, consider giving this special performance another watch.

Norman Jewison’s Moonstruck swept at the Academy Awards in 1988 — a surprise for any romantic comedy. Dukakis won the Oscar for best supporting actress while her co-star Cher made history with her own best actress win. Moonstruck writer John Patrick Shanley also took home an award for his vivid original screenplay.

Olympia Dukakis and Shirley MacLaine Go At It

1989’s Steel Magnolias boasted an all-star cast: Sally Field, Dolly Parton, Julia Roberts, Daryl Hannah… but it was Olympia Dukakis who rounded out the Southern squad and, along with Shirley MacLaine, stole the show with scenes of fiery bickering. Dukakis played Clairee Belcher, the former first lady of their Louisiana town, while MacLaine played her ornery best friend Ouiser Boudreaux. Watch the dynamic duo go at it above.

‘Tales of the City’

Olympia Dukakis expanded her repertoire with the cult-hit miniseries Tales of the City in 1993. Dukakis starred as Anna Madrigal, the transgender matriarch of a San Francisco apartment complex community. She was nominated for an Emmy for this novel role, which she reprised for two sequel series, More Tales of the City and Further Tales of the City, as well as in the recent, contemporary Netflix reboot.

Olympia Dukakis Was an Amazing,Academy Award Winning Actress.Olympia Played My Mom In Moonstruck,& Even Though Her Part was
That Of a Suffering Wife, We😂ALL The Time.She Would Tell Me How MUCH She Loved Louis,Her”Handsome Talented,Husband”.I Talked To Her 3Wks Ago. Rip Dear One pic.twitter.com/RcCZaeKFmz

On Twitter, Cher shared a sweet memory of her late friend. Writing that although Dukakis played the “suffering wife” in Moonstruck, the actress talked often of “How MUCH She Loved Louis,Her”Handsome Talented,Husband” Louis Zorich. That love shines through in the photos that accompany Cher’s post.

“She has been one of my favorite people that I have ever known or worked with. I really got very close to her and felt like we were good friends. Even though I didn’t get to see her much, I thought of her often and knew that she was such a quality human being. She will be missed by her fans, her family, and those of us that were lucky enough to get to know her personally.”

Sally Field also reflected on her own memories with Dukakis, saying, “What can I say but I loved her? Everyone loved her. She was a gift… unique and talented and one of a kind. Rest in peace, my friend Olympia.”

Rest in peace to this Hollywood legend. Her powerful legacy will live on.

WATCH: Remember When Sam Elliott and Cher Starred in ‘Mask’?