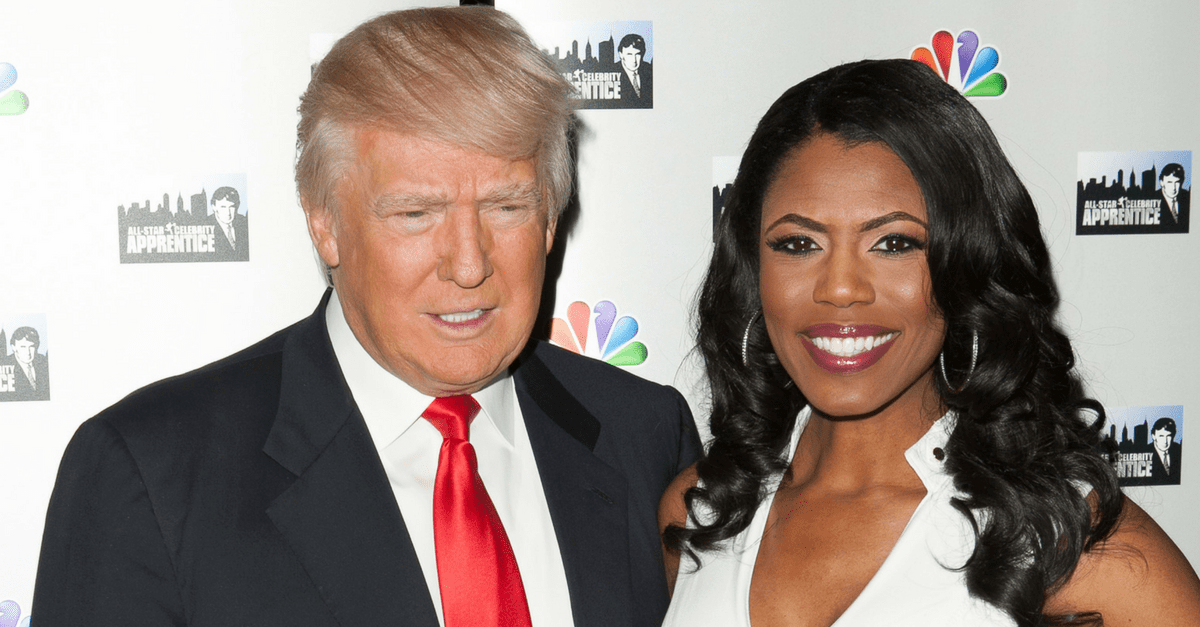 While Omarosa Manigault Newman denied ever sleeping with the president on Friday’s episode of “Celebrity Big Brother,” she did suggest that someone else could be.

“Did you ever sleep with him?” “Real Housewife of Beverly Hills” star Brandi Glanville asked the former “Apprentice” star and White House employee of the president.

Glanville quickly explained that she had heard rumors that former “Apprentice” contestants have slept with Trump when he was hosting the show.

“But you never heard my name did you?” Manigault Newman asked.

“No. He seemed to like you so much, I was just wondering,” Glanville said.

RELATED: There’s at least 1 person in the White House who Omarosa thinks is “amazing”

“God no, I’m just ratings gold,” the former director of communications for the Office of Public Liaison quipped back.

Manigault Newman did, however, hint that someone else may be sleeping their way around the White House. According to her, “somebody” in the administration has been “sleeping around with everybody.” Unfortunately, she didn’t divulge who that person may be.

The former White House staffer has been making headlines ever since appearing on “Celebrity Big Brother” with her comments about working for the Trump administration. In earlier episodes, she admitted she was “haunted” by the president’s tweets and expressed concern for our country under President Trump.

“It’s gonna not be OK. It’s not,” she previously told contestant Matthew Ross when he asked if Americans should be worried. “It’s so bad.”

In another episode, she urged people not to get too excited over a potential Trump impeachment because “We would be begging for days of Trump back if Pence became president. That’s all I’m saying. He’s extreme. I’m Christian, I love Jesus, but he thinks Jesus tells him to say things.”

RELATED: Omarosa told “Big Brother” housemates they should fear a Pence presidency — and here’s why