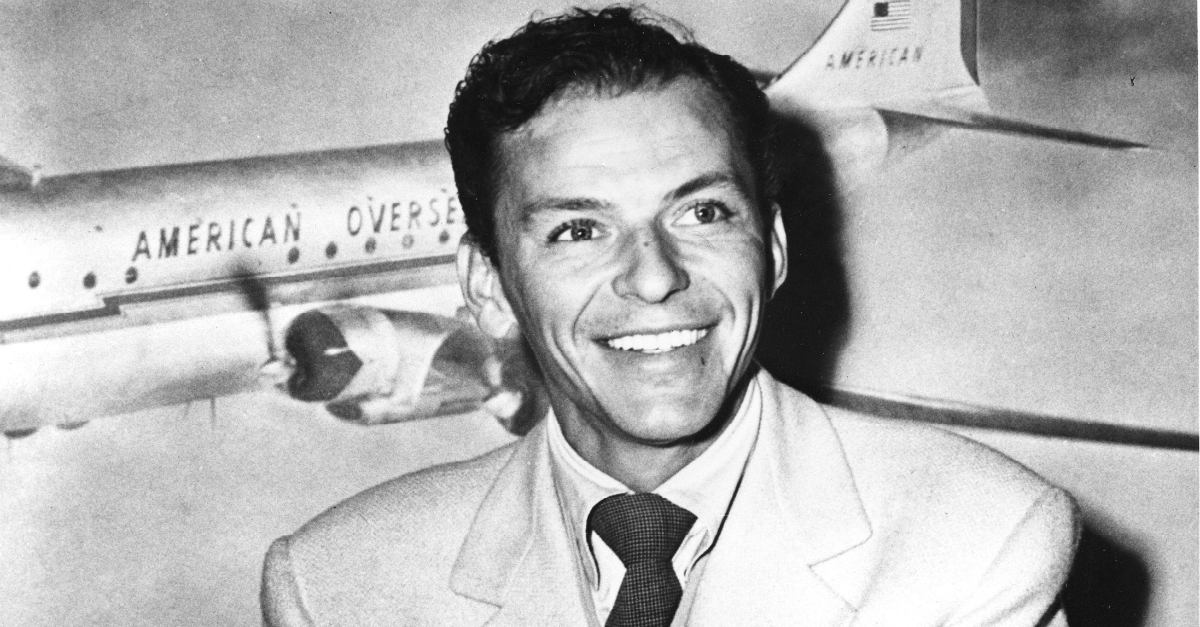 Dec. 12, 2017, marks what would have been the 102nd birthday of legendary crooner Frank Sinatra.

Sinatra, an only child of a family with Sicilian heritage, was born and raised in Hoboken, New Jersey, and sang in the glee club of his high school.

Throughout the ’40s, Sinatra thrived as a movie actor and as the frontman of trombonist Jack Dorsey’s band, but his popularity began to dwindle in the postwar years.

In the ’60s, Sinatra became a founding member of the Rat Pack, alongside Sammy Davis Jr., Dean Martin, Peter Lawford and Joey Bishop.

Sinatra’s influence is truly larger than life and is felt in many places today.

While he wasn’t around for the dawning of the social media age, he has a loyal following of fans who use the medium. Here’s how a few of them wished Ol’ Blue Eyes a happy birthday:

American actor and singer, Frank Sinatra was born today in 1915. During his lifetime, he sold over 150 million records. pic.twitter.com/yn3dyLoLek

“I'm for anything that gets you through the night, be it prayer, tranquilizers or a bottle of Jack Daniel's.”

Happy Birthday to the one and only Frank Sinatra! (1915-1998) pic.twitter.com/Bn1jZKVEQd

Happy birthday to the legendary Frank Sinatra! He would have been 102 today. pic.twitter.com/6DZR1fNkFD

In Memoriam of the late and great Frank Sinatra. Happy Birthday and RIP. pic.twitter.com/InlIb1WWDr

Happy birthday to the greatest musical artists to ever exist, Frank Sinatra pic.twitter.com/CtNssEgPBT

Listening to Frank Sinatra this morning on what would have been his 102nd birthday. What a voice. Legend. pic.twitter.com/xwakCU1LkR

RELATED: How Chicago celebrated Walt Disney’s birthday and the famous cartoonist’s connection to the city

In 1945, Sinatra paid homage to his daughter Nancy when he recorded “Nancy (with the Laughing Face),” and released it as one of his first singles. Nancy Sinatra, now 77, went on to have her own successful musical career and is best known for her song “These Boots Are Made for Walkin’.”

In 1966, Sinatra and Nancy united for a version of “Something Stupid,” a classic song that talks about how the singers are frightened of saying “I love you” to each other. Though the song is meant to be sung with an air of romance, the Sinatra version plays upon on the familial relationship between the two.

For more than a month in 1966, the song topped the Billboard charts, as fans clamored to hear the father and daughter sing together.

Nancy — who is fairly active on social media — took to Twitter to honor her father’s memory.

Happy birthday in heaven, Poppa. I miss you. https://t.co/QPFCWzLNfe

In a 1990 letter, Sinatra told singer George Michael — who was down in the dumps at the time — to count his blessings and be grateful for the immense blessings that have come his way, both in talent and recognition. He wrote that it would be a tragedy to “quit doing what tons of gifted youngsters all over the world would shoot grandma for.”

“Come on, George. Loosen up. Swing, man. Dust off those gossamer wings and fly yourself to the moon of your choice and be grateful to carry the baggage we’ve all had to carry since those lean nights of sleeping on buses and helping the driver unload the instruments.”