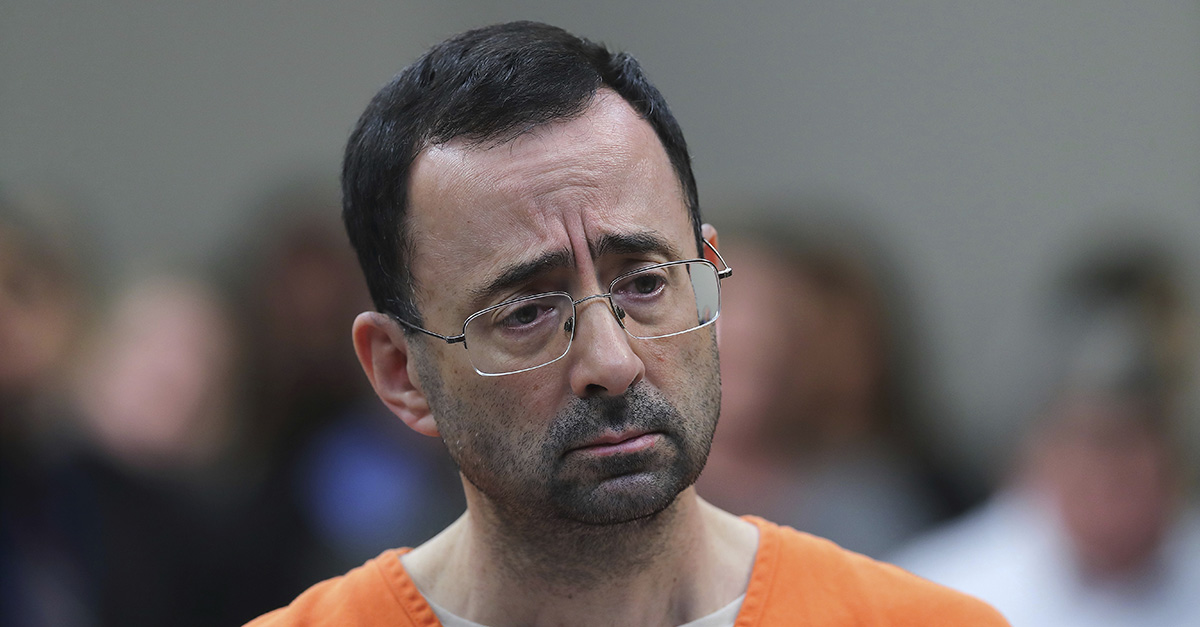 AP Photo/Paul Sancya
In this Nov. 22, 2017 file photo, Dr. Larry Nassar, 54, appears in court for a plea hearing in Lansing, Mich. Nasser, a sports doctor accused of molesting girls while working for USA Gymnastics and Michigan State University pleaded, guilty to multiple charges of sexual assault and will face at least 25 years in prison.(AP Photo/Paul Sancya)

McKayla Maroney claims that she was paid by Team USA gymnastics to keep quiet about the sexual abuse allegations against Larry Nassar.

In a new lawsuit, Maroney’s attorney John Manly claimed that the organization tried to hide the allegations against Nassar by having his client sign a confidential $1.25 million settlement and non-disclosure agreement. Manly was not Maroney’s attorney when she signed the agreement, and is he hoping to invalidate some of it, according to The Wall Street Journal.

Maroney went public with her allegations on Twitter in October.

“It seemed whenever and wherever this man could find the chance, I was ‘treated,’” she wrote, in part. “It happened in London before my team and I won the gold medal, and it happened before I won my silver.”

Ahead of Nassar’s December court date, Maroney and her mother, Erin wrote letters to Judge Janet Neff asking for Nassar to be given the maximum sentence.

“I was deeply saddened by the stories of my fellow Olympic teammates that suffered as I did at the hands of Larry Nassar. More than 140 women and girls had to say, ‘#MeToo’ to Nassar’s sexual assaults, and hundreds more were victimized to create the pornographic images that fueled his evil desires,” Maroney wrote to Judge Neff.

Her mother added, “This experience has shattered McKayla. She has transformed from a bubbly, positive, loving, world class athlete into a young adult who was deeply depressed, at times suicidal. At times, I was unsure whether I would open her bedroom door and find her dead.”

Nassar was sentenced to 60 years in prison in December for child pornography charges. He has also pleaded guilty to molesting 10 girls and will be sentenced for those crimes in January.