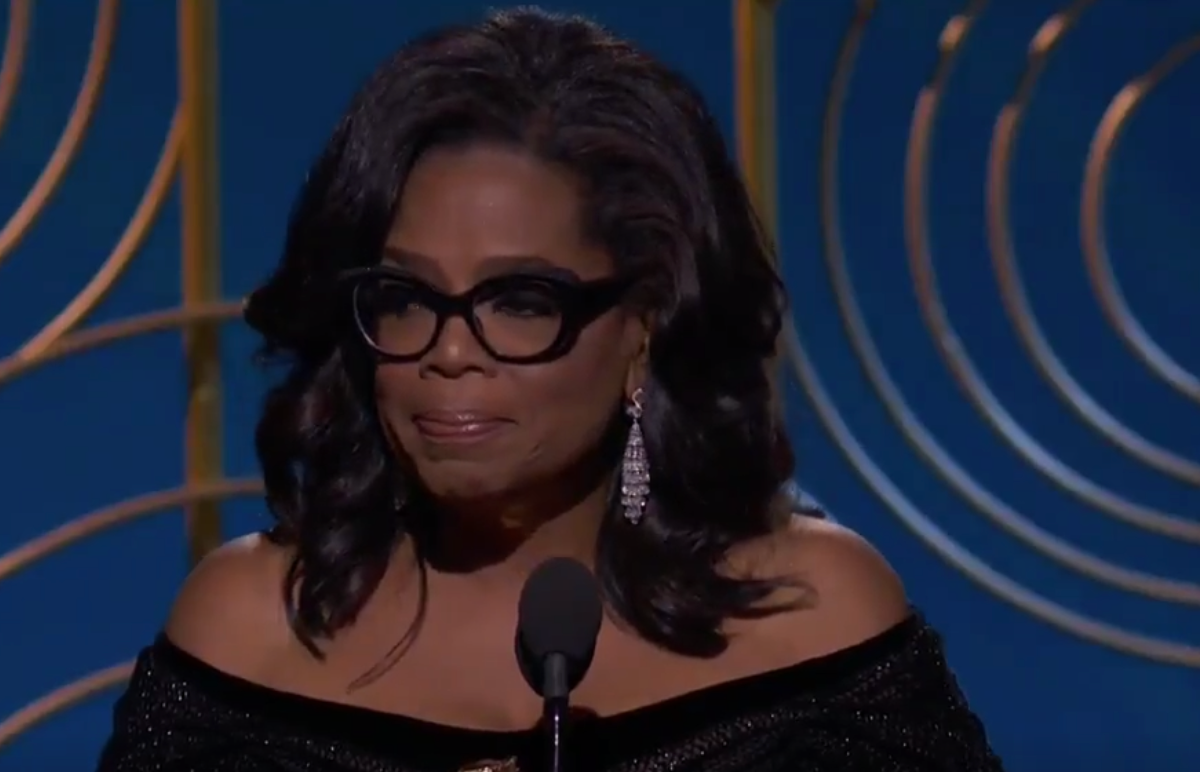 Oprah’s gift for inspiring others was in full view Sunday as she became the first black woman to receive the Cecil B. DeMille Award at the 75th annual Golden Globes. Her moving speech brought the audience to its feet.

The 63-year-old media industry mogul was honored at the Golden Globes by the Hollywood Foreign Press Association for her contributions to entertainment.

TRENDING: Everyone rose to their feet to honor one of Hollywood?s last living members of the industry?s Golden Age

She was introduced by Reese Witherspoon, who worked with her on the film “A Wrinkle In Time.” On stage, she recalled that “Oprah’s hugs could end wars.”

If only @Oprah were president… #GoldenGlobes pic.twitter.com/VvRIluQhO5

?For generations, Oprah has celebrated strong female characters on and off screen, and has been a role model for women and young girls for decades. Holding titles such as Chairman, CEO and Founder, Oprah is one of the most influential women of our time, and this honor is well deserved especially in this 75th anniversary year of the Golden Globe Awards,” said Witherspoon.

In her speech, Oprah shared inspirational words with all those watching.

“And it is not lost on me, that at this moment, there are sone little girls watching as I become the first black woman to be given this award,” said Oprah.

"And it is not lost on me, that at this moment, there are some little girls watching as I become the first black woman to be given this award." – Oprah receiving the Cecil B. DeMille Award #GoldenGlobes pic.twitter.com/8kv9u6JfGL

She touched on the unofficial theme of the night: Time’s Up.

Celebrities coordinated their black wardrobe as a part of the Time?s Up movement. According to the New York Times, the organized campaign aims to fight sexual harassment, assault and inequality for women in all workplaces.

Oprah spoke to the men guilty of sexual assault, abuse and harassment in the workplace, saying, “Their time is up!”

When Oprah says your "time is up," your TIME IS UP. #TIMESUP #GoldenGlobes pic.twitter.com/2izZXlUk0Q

She closed her speech with a prediction for the future.

“So I want all the girls watching here, now that a new day is on the horizon!” said Oprah.