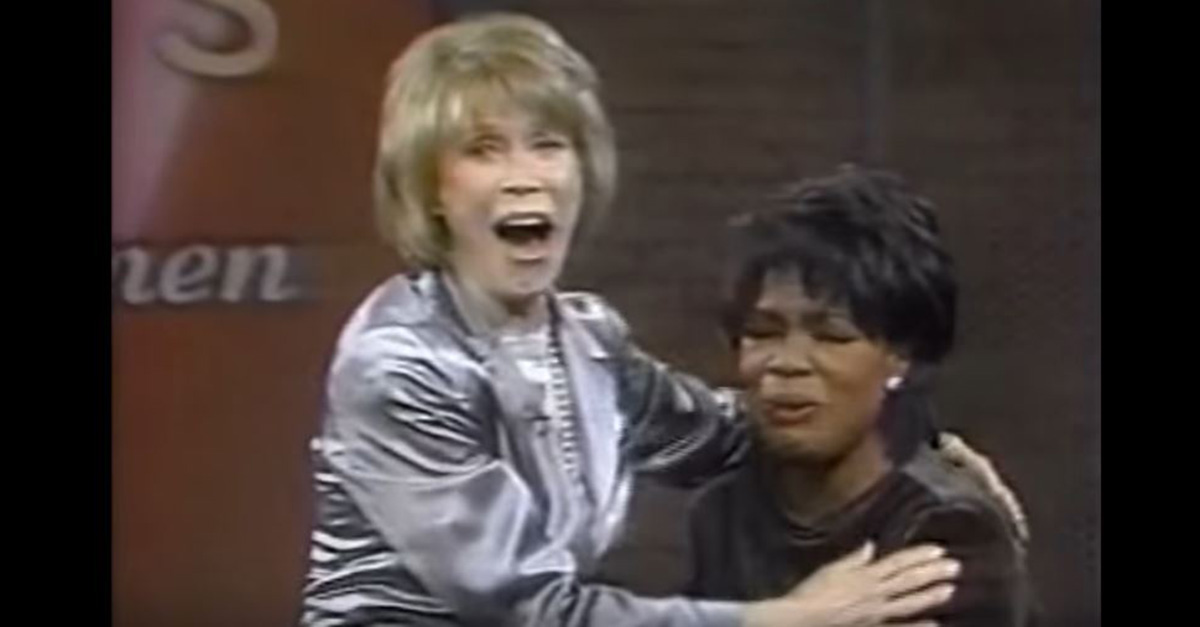 Entertainment Tonight talked to the television host about Moore’s passing and as she reflected on their friendship, she couldn’t hold back the tears.

“What I’m grateful for is that, in my lifetime, I was able to share with her what her presence in television had meant to me as a young, growing, aspiring reporter,” she said. “It’s the first time that I can recall a public figure in recent years passing — and we’ve lost so many people recently — where I actually sat down and shed tears about it.”

Moore died on Wednesday after it was reported that she was in a Connecticut hospital in “grave condition.” She reportedly died from cardiopulmonary arrest after contracting pneumonia. She was 80.

RELATED: Dick Van Dyke pens a loving tribute to Mary Tyler Moore and it just may make you smile

Winfrey called Moore a “role model” for women in the workforce and revealed that she was first inspired to pursue her career because of Moore’s on-screen character, Mary Richards.

“Mary Tyler Moore first gave me the idea that you can own your own show and produce it. She was the one,” Winfrey said. “So, when I say that she had a powerful influence on me, it wasn’t just being that iconic figure that was women in the workforce, doing the same job I was doing, working in news as a journalist, in a newsroom, and who was single and really OK with it. Every episode wasn’t about trying to find a man, it was about trying to find your way in life.”

“She paved the way through storytelling for women,” Winfrey added, “and was a value system for women without even knowing it. So, her legacy will live on in ways I know the creators of [‘The Mary Tyler Moore Show’] never even imagined.”

Winfrey later reminisced on the good times she had with Moore. Remembering a 1997 moment from “The Oprah Winfrey Show” she said, “It’s the time I coined the ‘ugly cry,’ and I went into double, triple overtime ugly cry.”