Oprah Winfrey Opened Up About Her Abusive Childhood 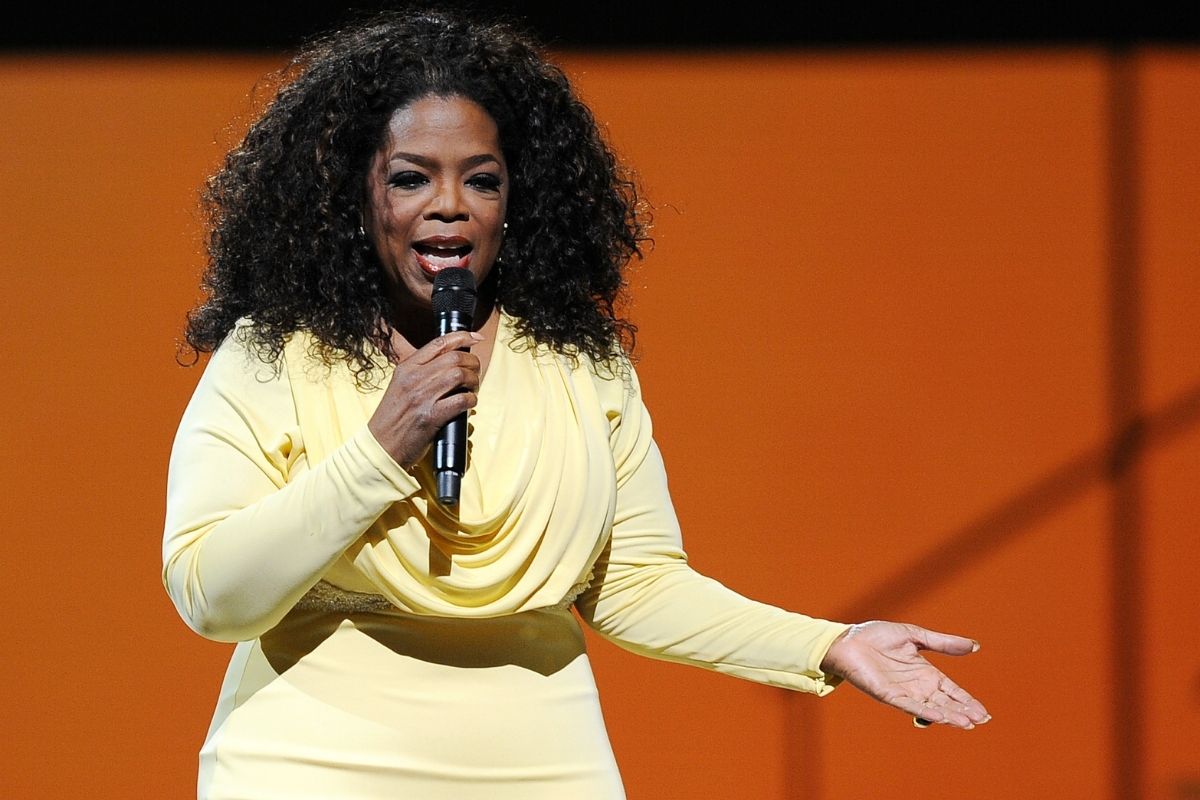 Oprah Winfrey is one of the most successful media personalities of all time. In addition to changing talk shows and daytime television forever by hosting The Oprah Winfrey Show for 25 years, she is a bona fide media mogul, launching Oxygen Media in 1999, the magazine O in 2000, and after ending her time as a talk show host in 2011, she launched her television network, OWN, which has become incredibly successful, particularly due to her fascinating tell-all interviews with celebrities.

Her 2021 special Oprah with Meghan and Harry, a jaw-droppingly revealing interview with Prince Harry and Meghan Markle in which they discussed Markle’s mistreatment by the British royal family and how it parallelled their treatment of Harry’s mother, the late Princess Diana, had been seen by over 49.1 million viewers worldwide within two days of its premiere, per Deadline. In addition to getting other people to open up and tell their stories, the good parts and the bad, Winfrey herself has been frank and honest about the trauma in her own history, which is part of the secret of her success.

Oprah Gail Winfrey was born in Kosciusko, Mississippi on January 29, 1954. Her mother, Vernita Lee, was a teenager working as a maid and her father, Vernon Winfrey, was in the military. Per The Mirror, Winfrey has recently released a new book written with Bruce D. Perry, What Happened To You?: Conversations On Trauma, Resilience, and Healing, in which she discusses her horribly abusive childhood. Winfrey was sent to live with her grandmother as a baby and was made to sleep on the porch of the boarding house where they lived, an experience that gave her ?a terrified sense of loneliness that brought me to tears? and made her fear she would be snatched from the porch by a kidnapper. Her grandmother also regularly ?whupped? young Oprah ?for the slightest reasons… My grandmother’s home was a place where children were seen and not heard.?

In addition to physical abuse, young Winfrey was sexually assaulted by more than one family member when she was just nine years old and molested by a family friend while still a little girl. Oprah shared these traumas with the public very early on in her career; The New York Times reported in 1986 that during an episode of The Oprah Winfrey Show about battered women and incest, she started to cry when a guest talked about her experiences of abuse and sexual assault, asking for a station break and hugging the woman, at which point she revealed her own experiences as a victim and survivor, later saying ?For the longest time, I carried this burden around with me and was afraid to tell anybody because I thought it was my fault.? Hundreds of viewers called in to share their own experiences with sexual abuse and asking how to get help, establishing Winfrey as someone her audience could turn to for understanding and guidance.

At age six, Winfrey joined her mother in Milwaukee, Wisconsin. Her mother gave birth to another daughter, Patricia, and had trouble raising both children so she temporarily went to Nashville, Tennessee to live with her father. After moving back in with her mother, Winfrey had some rebellious years; she ran away from home at 13, had a baby at 14 (the baby died shortly after being born), and at one point stole money from her mother to try and keep up with wealthier classmates. She was sent back to her father and finished high school in Nashville, where she was an honors student, voted Most Popular Girl, and came in second place in a national speech competition. At 17, she won the Miss Black Tennessee beauty pageant and caught the eye of the owner of a local radio station, who hired her to read the news. She worked there while studying at Tennessee State University, where she majored in communications.

The Richest Self-Made Woman In The United States

Oprah Winfrey was the youngest news anchor as well as the first Black female anchor at WLAC-TV in Nashville. She eventually moved to Baltimore, where she co-hosted the news as well as the talk show People Are Talking and the local Dialing For Dollars program. In 1983, she relocated to Chicago, where she hosted AM Chicago. The show?s previous low ratings improved with Winfrey on board, and she signed a syndication deal with King World in 1985. The show was renamed The Oprah Winfrey Show and it aired nationally for the first time on September 8, 1986. It immediately displaced Phil Donohue?s Donohue as the highest-rated daytime talk show and changed television forever. She became a millionaire, retained ownership rights of the show, and started her own production company, Harpo Productions, which has launched the careers of Dr. Oz, Rachael Ray, and Dr. Phil, to name a few. By age 41, she had a net worth of $340 million and became the second Black person, after Bill Cosby, and first Black woman on the Forbes 400. By 2000, she was worth $800 million and considered the richest African-American of the 20th century. As of 2014, she was worth over $2.9 billion and became the richest self-made woman in the United States.

In addition to her candid, caring persona as a talk show host, Winfrey has made her mark as an unparalleled celebrity interviewer. In 1993 she interviewed Michael Jackson in a special that at the time became the fourth most-watched event in TV history. She has interviewed Jennifer Aniston about her split from Brad Pitt, Lance Armstrong about his doping scandal, and sat down with Wade Robson and James Safechuck in an event called Oprah Winfrey Presents: After Neverland, which was broadcast directly after the HBO premiere of the documentary Leaving Neverland, which detailed the men’s allegations that Michael Jackson sexually abused them as children. Her endorsement of then-presidential candidate Barack Obama is thought to have helped him win the 2008 Democratic nomination for president over Hillary Clinton.

How Oprah Gives Back

With Oprah?s Book Club, she encouraged people to read for pleasure and championed the works of authors she loved, including her friend poet and memoirist Maya Angelou, writer Toni Morrison, and writer Zora Neale Hurston. In 2007, she founded the Oprah Winfrey Leadership Academy for Girls in South Africa, which seeks to provide “a nurturing educational environment for academically gifted girls who come from disadvantaged backgrounds” with programs “designed for girls in Grades 8 to 12 who have demonstrated academic talent and leadership potential.” In 2021, she and Prince Harry launched their documentary series The Me You Can?t See on Apple TV in which they ?join forces to guide discussions about mental health.? Guests include Lady Gaga and Glenn Close as well as people from around the world telling a variety of stories about their own experiences with trauma, recovery, and mental health.