The 9/11 Firefighter Whose Name You Need to Know 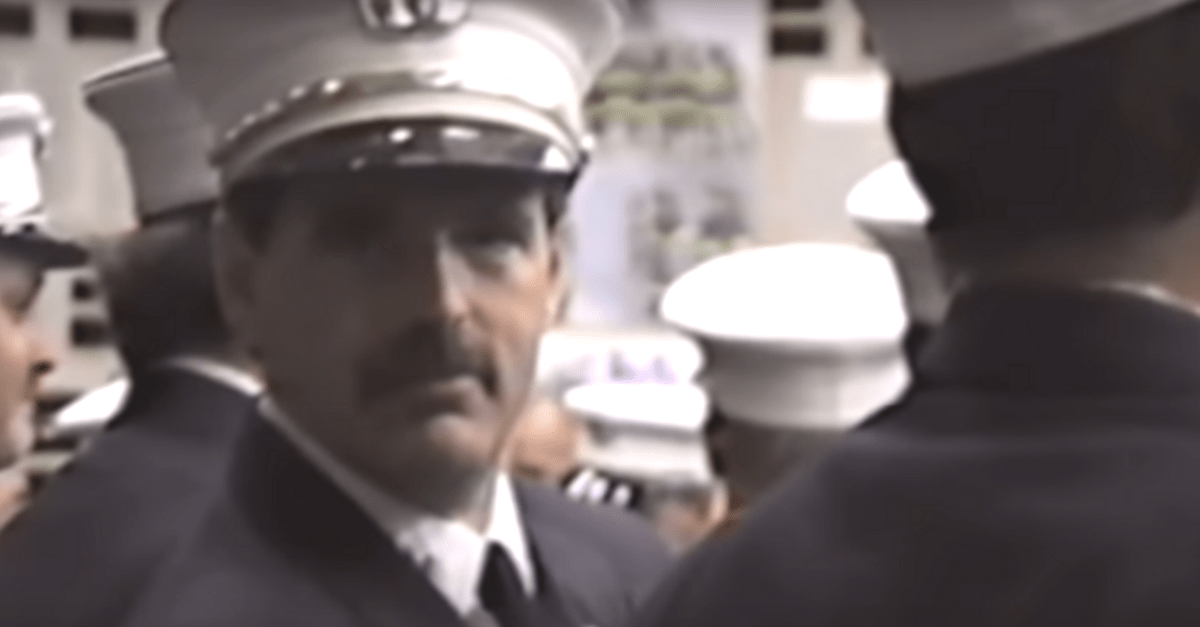 September will be a singular month in American history. Like December was a turning point for the Greatest Generation, those of us who saw the terrorist attack unfold saw the world differently. As we make our way through those implications, the fact is simple: we Americans lost Americans that day. While 2001 recedes into our collective forgetful memory, there are a few names that we at Rare think you shouldn’t forget. This year, we’d like to introduce you to Battalion Chief Orio Palmer if you haven’t met.

Who was Orio Palmer?

Born in the Bronx on March 2, 1956, Palmer gave his life for his city. He was FDNY’s Battalion 7 Deputy Chief. He had an associate degree in electrical technology, taught FDNY promo classes and was working toward his bachelor’s degree in Fire Engineering. He ran marathon races and was known for his athleticism in the fire department, having finished the New York City marathon and a few triathlons, per the New York Daily News.

His wife Debbie Palmer told the 9/11 Memorial & Museum that, “he dedicated his first New York City Marathon to his daughter Dana in honor of her first birthday,” and that he “loved goofing around” with the Palmer children, Dana, Keith, and Alyssa.

On the day of the September 11 attacks, Orio Joseph Palmer was 45 years old. He was Chief of Battalion 7 and entered the South Tower of the World Trade Center as one of the first crews to arrive and began organizing operations on the ground when the plane struck the North Tower. At 9:03 a.m., when the second plane struck the South Tower, Palmer went inside.

He found a working elevator on the 41st floor, about halfway to the plane’s impact on the 77th to the 85th floors. He climbed the rest of the way, all 37 flights of stairs, with about 50 pounds of gear and made it into the South Tower sky lobby on the 78th floor of the South Tower. Through the radio, he reported back,

“Battalion Seven…Ladder 15, we’ve got two isolated pockets of fire. We should be able to knock it down with two lines. 78th floor numerous 10-45 Code Ones (victims).”

About one minute before the South Tower collapsed at 9:59 a.m., Palmer and his team freed about 10 people and made their way toward the elevator on the 41st floor. It was clear in the 9/11 Commission Report that the team didn’t anticipate the South Tower’s collapse and Chief Orio J. Palmer was one of the few first responders who made it past the 41st floor.

The following clip below is from “9/11 Phone Calls from the Towers” that shows the heroic actions of FDNY Battalion Chief Orio Palmer.

The recovered tape from Palmer’s last broadcasts was  memorialized. Before the tapes were released, no one was certain anyone made it to the 78th floor Sky Lobby of the South Tower to see the impact zone. FDNY Lt. Jim McCaffrey, Palmer’s brother-in-law, said of the tapes’ public release to the New York Daily News in 2006,

“It was emotional sitting with my wife and sister-in-law, listening to the tapes. You’re hearing him right at that point prior to the collapse, about the things he saw on the 78th floor. Before that, we didn’t even know he got higher than the 40th floor. He said he was mostly running up the stairs, not even using the elevator. It was unnerving and sad. But it also made you proud to hear how selfless he was.”

The impact of Orio Palmer’s legacy

The 9/11 Commission concluded, after reviewing the tapes, that Palmer and his crews — the few that reached the 78th floor — were indispensable in maintaining calm evacuation standards and that without their assistance and forging ahead, more lives would’ve been lost upon the South Tower’s collapse.

Deputy Chief Orio Palmer’s remains were transferred to Ground Zero, placed about 70 feet below the ground with the unidentified remains of 1,115 victims, though the underground burial decision was met with opposition by friends and family, including FDNY Lt. James McCaffrey.

We can never forget, the United States will be in debt to those lost forever. This September 11th, remember these heroic stories as reminders that there is good among us and it’s worth an awful lot more than the divide.

Editors Note: This article was originally published on September 6, 2019.

WATCH: Your Favorite ‘Golden Girl’ Was One of the First Marines