Lena Dunham has always been very vocal about her political views, but her friend and fellow celebrity Taylor Swift tends to shy away from controversial topics. In a recent interview with Rolling Stone, Dunham took time to defend Swift’s decision to keep quiet when it comes to politics.

RELATED: Lena Dunham derailed “TODAY” with a “penis” remark that sent Maria Shriver into a tailspin

“I just think everyone has to do it their way,” Dunham said. “When I was lesser known, I was like, ‘Who could not share their opinion?’ Then I found out that when you talk about politics, people straight up tweet you the floor plan of your house and say they’re coming to your house. You have to fucking watch it, because people are nuts.”

While Swift shared a photo of her at the polls on Election Day, she has yet to reveal which presidential candidate she cast her vote for. More recently, she came under fire when she tweeted out her support for the Women’s March on Washington but failed to actually attend any of the marches taking place across the world.

Critics have apparently taken issue with the fact that Swift spoke about her “feminist awakening” while promoting her “1989” album — even putting together her infamous “girl squad” — but hasn’t used her platform to promote women’s rights or equality in the ways that other female stars, like Dunham or Emma Watson, have.

“She’s been in the public eye since she was 15. I felt young when my career started and I was 23, 24. When I met her, she was newly 22, and she was a fucking seasoned pro at this stuff,” Dunham continued. “Watching the way that she understands the vicissitudes of the cycle, and she just keeps making her work – that’s just really impressive to me. That’s how I hope to live my life, which is not as a slave to public opinion, but just as somebody who continues to make things.”

RELATED: Actress Lena Dunham shares details of her “Trump diet” and we’re going to guess that it’s not recommended 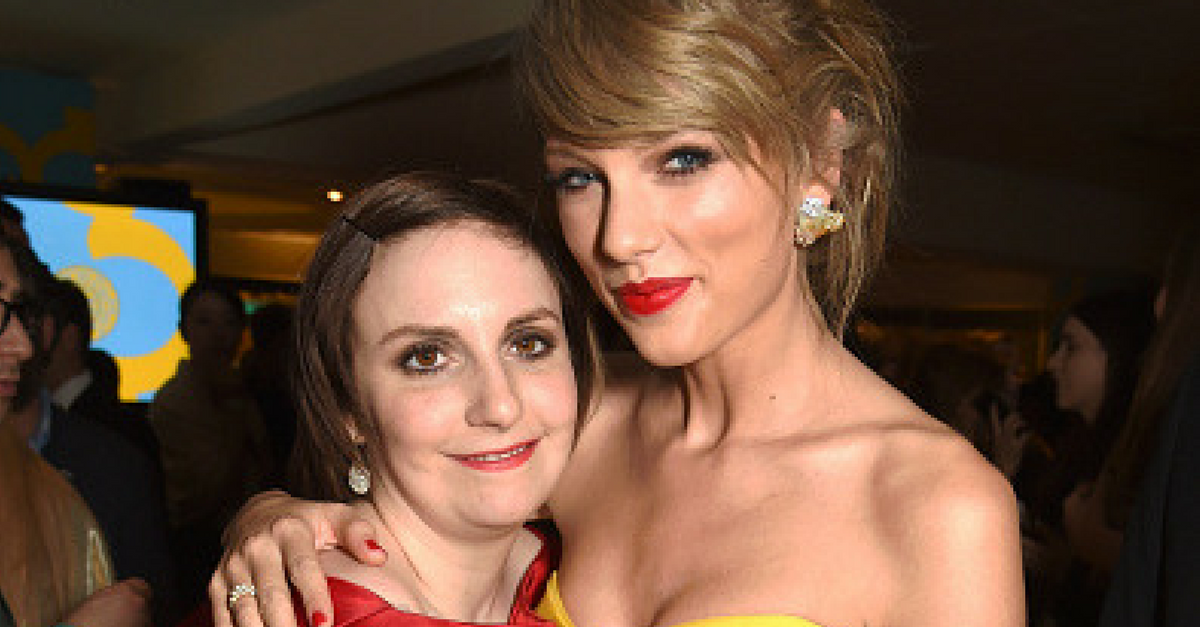