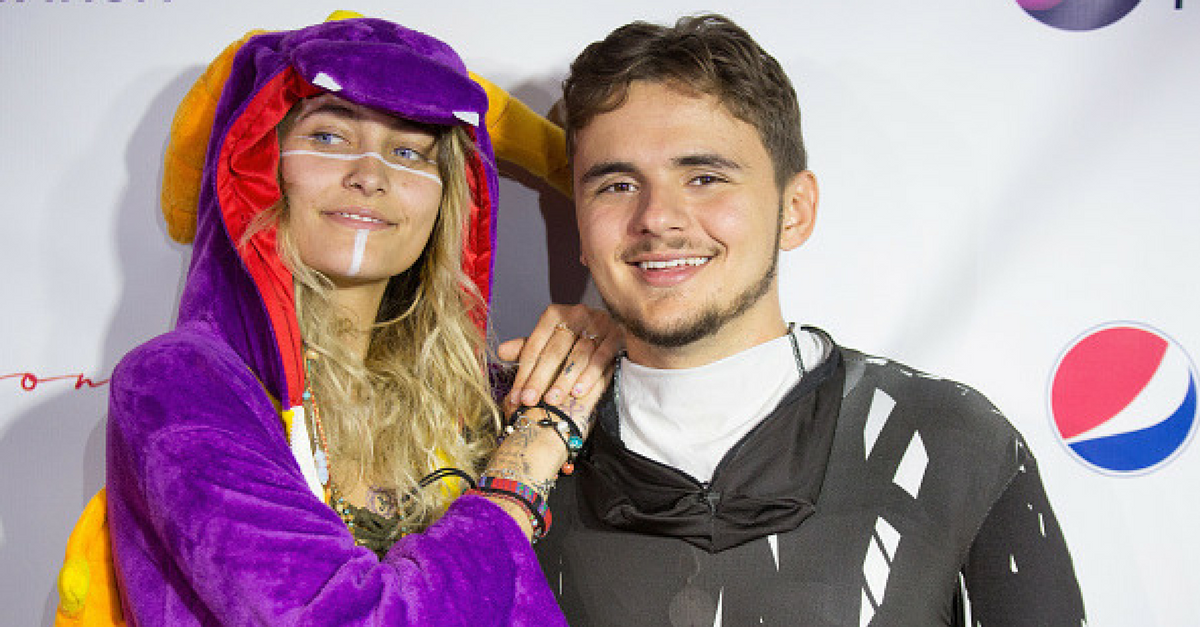 After hitting the red carpet on Tuesday, Paris and Prince Jackson made another rare red carpet appearance three days later, showing off their Halloween costumes in the process.

The brother and sister stepped out together for the Heal LA and TLK Fusion Present the 2nd Annual Costume for a Cause at the Jackson family home in California. Paris sported a purple dragon costume with matching slippers and white face paint. Meanwhile, Prince donned a full body, black and white body suit.

Paris shared a cute behind-the-scenes video on Instagram, showing her brother giving her a piggyback ride in costume.

RELATED: Prince Jackson and Paris Jackson make a rare appearance on the red carpet together

Earlier this week, the pair appeared on the red carpet for an event at the Elizabeth Taylor AIDS Foundation. Paris, who was Taylor’s goddaughter, recently became an ambassador for the foundation.

“Elizabeth was a real badass,” she said at an ETAF benefit dinner on Thursday. “It’s very rare that you see someone with that kind of influence really use their platform for something so important. She wasn’t going to let the HIV/AIDS pandemic run wild as it directly impacted her friends and loved ones.”

RELATED: Unafraid to show some skin, Paris Jackson wishes she could do topless yoga every morning