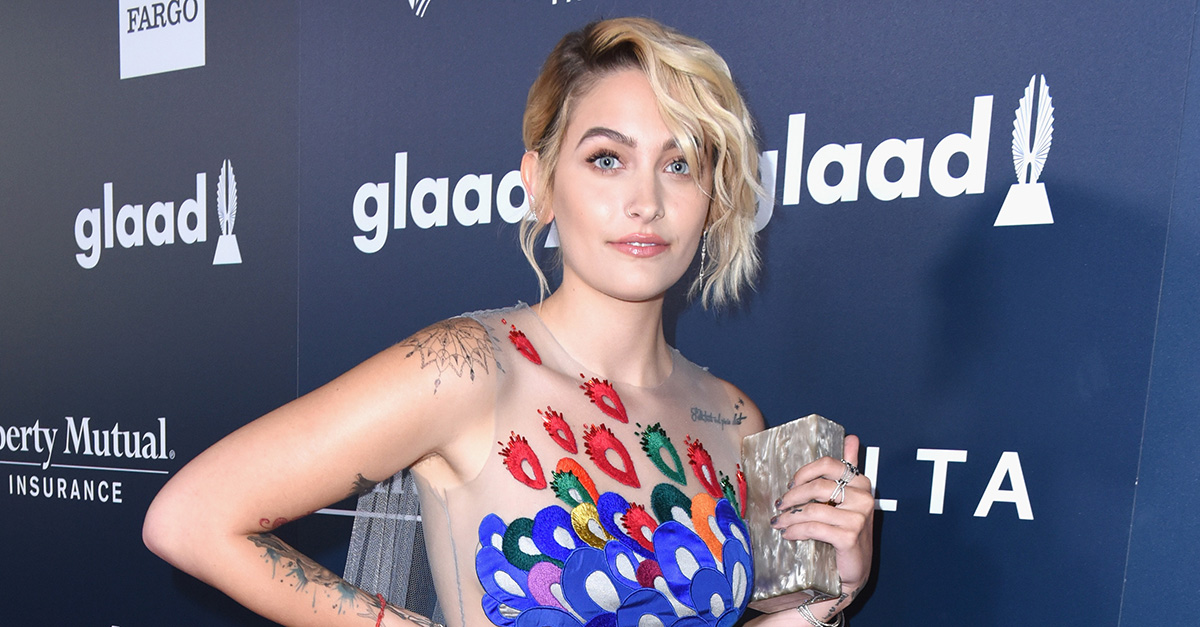 Paris Jackson has done it again!

The aspiring model and actress appeared on the red carpet for the GLAAD Awards and looked stunning in her sheer back rainbow gown.

The daughter of the late Michael Jackson was reportedly a presenter for the award for Outstanding Comedy Series. Amazon’s series “Transparent” took home the title over “Brooklyn Nine-Nine,” “Grace and Frankie” and “Modern Family.”

RELATED: Prince Jackson is now sporting an amazing tribute tattoo in honor of his late father, the King of Pop

Jackson shared photos of her look on Instagram following the event and credited her glam squad.