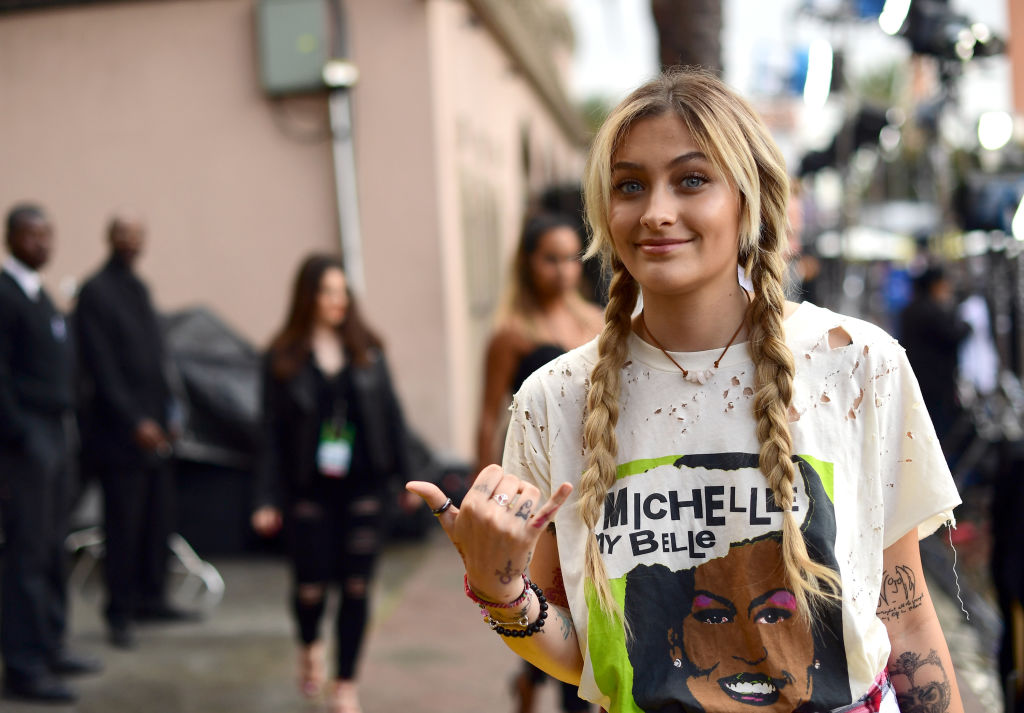 Photo by Matt Winkelmeyer/Getty Images
attends the 2017 MTV Movie And TV Awards at The Shrine Auditorium on May 7, 2017 in Los Angeles, California.

After appearing at the Met Gala in a head-turning Calvin Klein gown, Paris Jackson decided to keep thing casual at this year’s MTV Movie and TV Awards.

Jackson walked the red carpet in pigtails, a T-shirt with Michelle Obama’s face on it, and jeans. She completed the look with a pair of laid-back Converse.

RELATED: Madonna took it all off and flaunted her fully nude body for the world to see on Instagram

Ahead of walking the red carpet, Jackson shared a photo of her look on Instagram with fans.

The daughter of the late Michael Jackson has taken 2017 by storm. She recently signed with IMG Models and met with several high-end labels while on a trip to Paris. It is rumored she may be the new face of Calvin Klein.