Gene Kelly and His Wife Had a 47-Year Age Gap! 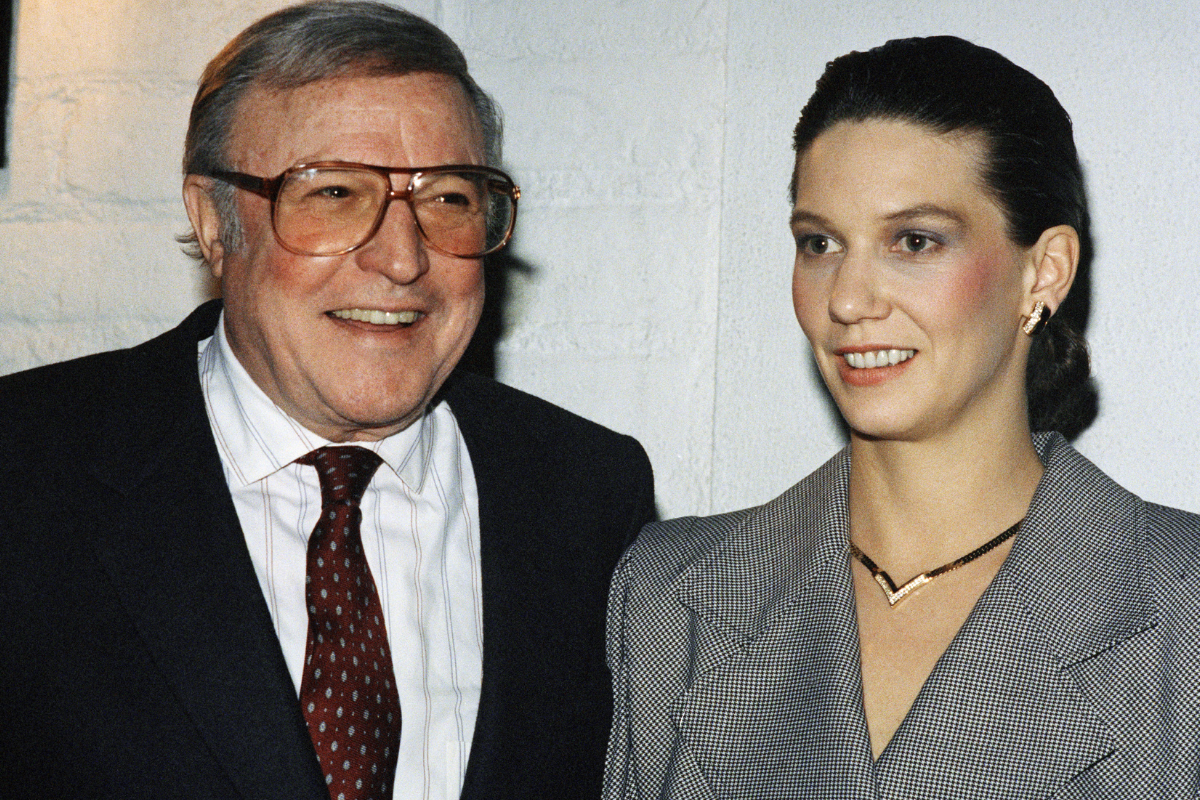 I grew up watching Gene Kelly in Singin’ in the Rain alongside Fred Astaire and many others from the Golden Age of Hollywood. As a tap dancer, they were some of my favorites to see on screen right along with Bill “Bojangles” Robinson, who famously danced with a young Shirley Temple. Gene Kelly passed away in 1996; here’s what you need to know about his widow.

Age is Just a Number!

If you don’t know who Gene Kelly is, here’s the rundown. He was a Hollywood singer, choreographer, dancer, actor, and director. His many box office hits earned him adoring fans of his many skills and the clout of Frank Sinatra. He was in On the Town, Singin in the Rain, Brigadoon, For Me and My Gal, with Judy Garland, Hello Dolly! and many more. He was heavily awarded, as well! He was given the Best Actor Award for For Me and My Gal, nominated for a Golden Globe, and won an Academy Award for Anchors Aweigh. These are just a few of his many, many films and career accolades.

Patricia Ward Kelly first met her soon-to-be husband when she was 26, and he was 73. She, like many, had never heard of him and didn’t have a clue about his career as an entertainer in Hollywood where he directed Hello, Dolly! and starred in An American in Paris. They met when Ward was in Washington for a documentary on the Smithsonian, and Kelly was said to be the new narrator, a last-minute replacement for Gregory Peck. She was a researcher who specialized in Herman Melville’s short fiction. So, to do the work for the Smithsonian, and later her celeb husband was nothing new to her. The two encountered each other for the first time when she was heading towards the ladies’ room and he was leaving the men’s. She said he looked handsome and glamourous.

Even after working together for a week on the Smithsonian project, Patricia Ward was still not the wiser about his career. That is until a stranger called her in says, “he was really famous, you know,” as he drove off in a limo. Ward then went to the video store and watched all of his videos. She was wowed, needless to say. Those feelings simmer for about six months, and then he called her. Kelly asked her to come out to Los Angeles, California, for a writing project (his memoir). She went to help him, and they married five years later, in 1990.

They married in Santa barbara. She was 31, and he was 78. Unfortunately, five short years later, he died, making Ward Gene Kelly’s widow. She is now in charge of all the memorabilia. She continues to catalog his memorabilia, so one day she can make a free library, off sorts, that has high accessibility for people who want to learn about her late husband. Before the 2020 Coronavirus, Ward often saw artists and others who came to visit to talk to her about the collection and her husband. Some of these people, including Ryan Gosling and Emma Stone, when they were working on the film La La Land. Ward also hosted a one-night special show at the National Concert Hall of Gene Kelly: A Life in Music. The RTE National Symphony Orchestra was present for a performance. She, as a researcher, feels that it’s appropriate, not strange to spend her life furthering her husband’s legacy. She also feels she is getting to know about his life that she missed before they met.