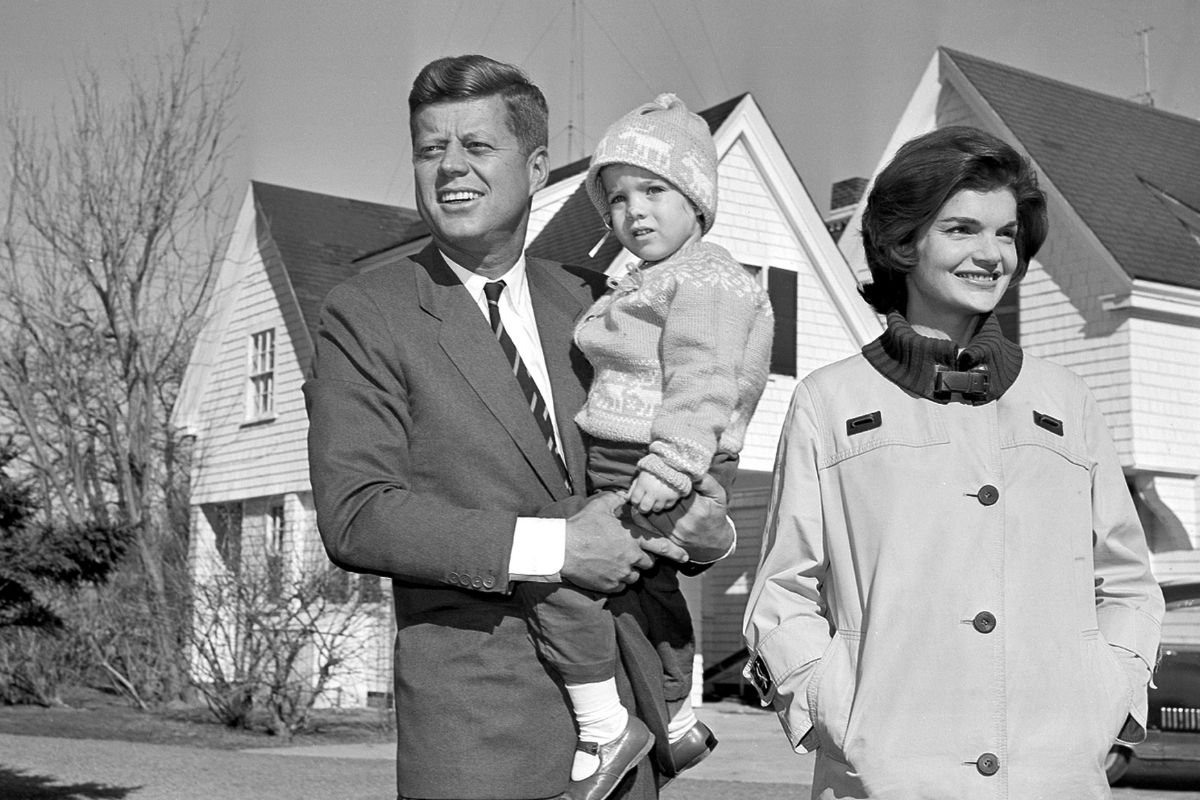 Baby Patrick Bouvier Kennedy was born to Jacqueline Bouvier, better known as first lady Kennedy. He was the president and first lady’s fifth pregnancy. Their past with pregnancies was rather troublesome, and they were hoping to be blessed with a healthy Kennedy baby. You see, the first pregnancy ended in miscarriage a few years prior. In 1966, the next resulted in a stillborn baby girl delivered via a Cesarean section, whom they named Arabella. She did have successful deliveries, following this, her children Caroline Kennedy and John Kennedy Jr.

Then there was baby Patrick. He was born early; the first lady Jacqueline Kennedy was at John Jr. and Carolines’ horseback riding lessons when she felt sharp pains in her stomach and back. She thought she was going into labor early. She told Paul Landis, a Secret Service agent, to get the children home while she was flighted to the Otis Air Force Base hospital. Inside the helicopter, she pressed to the obstetrician, “Dr. Walsh, you’ve got to get me to the hospital on time. I don’t want anything to happen to this baby.” She was trying to avoid, naturally, another miscarriage.

JFK was, at the time, at the White House. He also chopped to the Air Force Base. The baby was delivered via C-section at 12:52 pm that day. He was ten and a half ounces, seventeen inches; he weighed four pounds–haveing been born at thirty-four weeks old. At birth, Baby Patrick’s cry was faint; doctors immediately knew something was wrong. He was placed in an incubator and given pre-warmed blankets but remained unable to breathe regularly. Oxygen was then pushed into the incubator.

A base chaplain, Father John Scahill, was summoned and blessed the baby with holy water and prayed over him. Forty minutes after he was born. Dr. Walsh informed the Kennedys that Patrick had Hyaline Membrane disease. Today it’s called Respiratory Distress Syndrome, also called RDS. that meant that the baby’s lungs were covered in a glassy membrane and his odds of survival were about half and half. They just needed to keep him alive for 48 hours. So, then Dr. James Drorbaugh from Harvard Medical School. He suggested the baby be taken to Boston Children’s Hospital. First, Lady Jacqueline asked to see her baby before he was transferred. When the baby was flighted to Boston Children’s Hospital, JFK requested that the tv be removed from his wife’s room, so if their son Patrick died, she wouldn’t see it on the news.

“Patrick Bouvier Kennedy: A Brief Life That Changed the History of Newborn Care”

At the hospital, Baby Patrick was moved to a hyperbaric chamber as his breathing worsened. It was a risk and could cause other damage. One of the Boston Children’s Hospital pediatric surgeons said it was a “desperate and difficult situation,” and the action was “a desperate measure.” The hyperbaric chamber air was set to three times the normal pressure. JFK spent the night on the couch waiting to see if baby Patrick would recover. Unfortunately, he died at 4:04 am, at 39-hours-old.

From his brief life, baby Patricks life and death were not in vain. It brought attention to the fact that this lung disease was a frequent killer of babies. After Patrick’s death, further research into infant respiratory distress syndrome was conducted. This incident greatly impacted the history of newborn care and neonatal care practices today.