Patton Oswalt and Meredith Salenger are speaking out in defense of their engagement.

According to PEOPLE, the couple faced harsh critism after announcing their engagement on social media last week. Apparently, some social media users believe the news comes too soon after the sudden death of Oswalt’s wife, Michelle McNamara.

It's official. I'm the luckiest happiest girl in the universe!!!!💖 I love you @pattonoswalt I love you Alice Oswalt! pic.twitter.com/6V6JnQ0XKJ

Sharing an article written by blogger Erica Roman that defended the couple, Oswalt wrote on Facebook, “This is so amazing. And SO well-written. I expected some bitter grub worms to weigh in (anonymously, always always always) with their much-needed opinions when I announced my engagement last week. And I decided to ignore them. But yeah, I felt this rage. And Erica articulated it better than I could have ever hoped. So there you go. Thank you, Erica.”

RELATED: James Corden and his wife Julia Carey just made a big announcement about their growing family

“Everyone has been so lovely to us… ALL of Michelle’s siblings and friends and family… a few trolls have strong opinions,” she wrote. “But I think for Patton, having met and found love after over a year of intense therapy and openly grieving and dealing with his pain…I am grateful to be the one who helps him climb out of the depths of grief and find some joy again. And most of all… Alice is happy and feels loved.”

“I have waited 47 years to find true love,” Salenger continued. “Creating our family unit while honoring the brilliant gift Michelle has given me will be my life’s goal and happiness. I am deeply in love with both Patton and Alice and very much looking forward to a beautiful happy life having adventures together.”

Roman, who became a widow at the age of 27, blasted critics, writing, “You aren’t entitled to an opinion. You don’t get to comment on the choices of a widower while you sit happily next to your own living spouse. You didn’t have to stand and watch your mundane morning turn into your absolute worst nightmare,” Roman wrote. “Go back to scrolling Facebook and keep your ignorance to yourself.”

McNamara died in April 2016 from complications from an undiagnosed heart condition and prescription drugs. Oswalt and Salenger went public with their romance in June 2017. 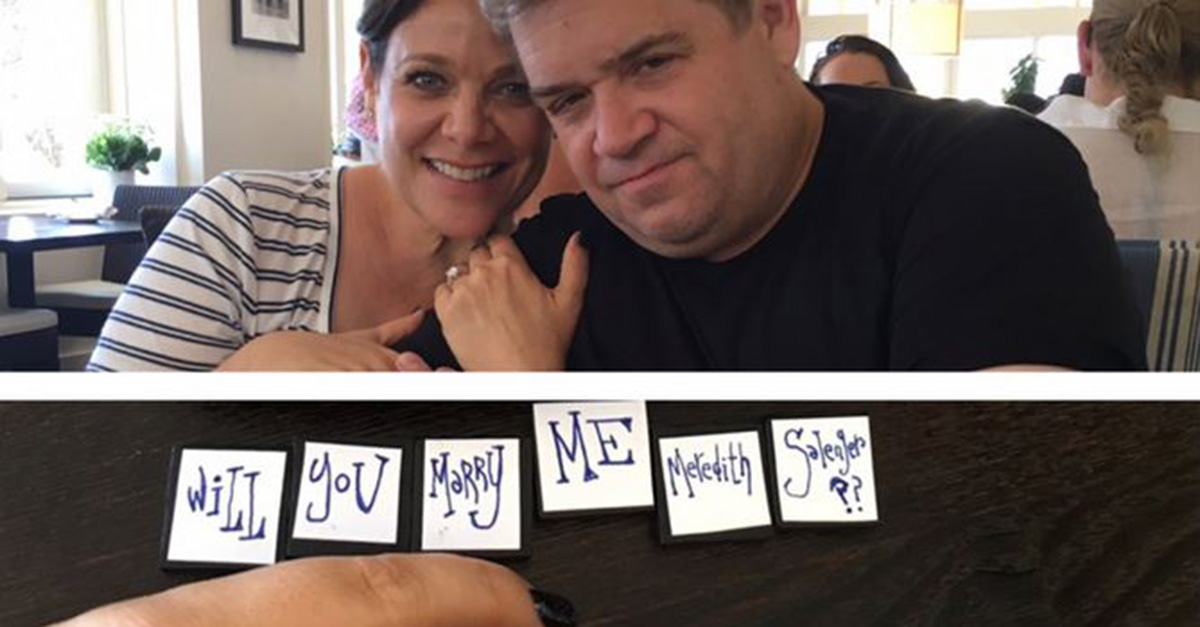