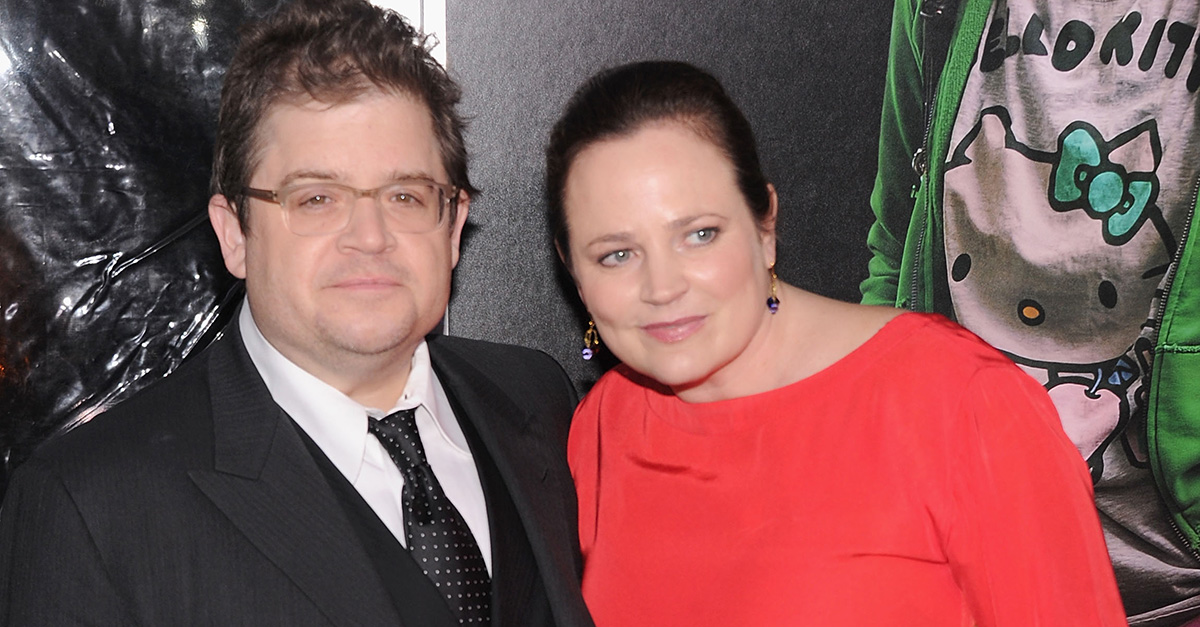 Patton Oswalt is celebrating his late wife’s life by finishing her the true crime novel she was working on before her death.

Michelle McNamara unexpectedly died in her sleep in April 2016, and to honor her life, Oswalt saw that her book, “I’ll Be Gone in the Dark,” was finished. Most of it was written by McNamara, and it was finished by her lead researcher, Paul Haynes, and crime journalist Billy Jensen. It hit shelves on Feb. 27, and Oswalt, who also wrote an afterword for the book, took to social media to celebrate the accomplishment.

“You did it, baby,” he shared on Twitter. “The book is excellent, the writing brilliant. You tried to bring kindness to chaos, which was your way.”

In the photo, a copy of McNamara’s book was placed on her gravestone, which read, “Daughter, Sister, Wife, Mother, Crimefighter, Writer, Poet, Perfect.”

You did it, baby. The book is excellent, the writing brilliant. You tried to bring kindness to chaos, which was your way. #IllBeGoneInTheDark #MichelleMcNamara pic.twitter.com/xUKgEXOmR7

On Tuesday, Oswalt opened up on “The View” about McNamara’s process in writing the book, which chronicles her journey to track down and identify the serial murderer and rapist known as the Golden State Killer.

.@pattonoswalt opens up about finishing his late wife's book, and finding love after she passed away: "One of the things that I really missed … was having someone to just talk to in the dark at the end of the day." https://t.co/f8u2wc159S pic.twitter.com/lXcBqfrDiu

“I know I am going to sound a little biased. It’s a brilliantly written book, and sometimes it’s too brilliantly written, because it’s really scary,” he said. “I read a few chapters, and then we went over our security measures [at our home.]”

Co-host Whoopi Goldberg said she couldn’t rave about the book enough before talking to Oswalt about his new wife, Meredith Salenger.

The couple are soon celebrating the first anniversary of the day that they met. Oswalt revealed that the couple began texting last February and kept talking until May, when he offered to meet her in person for the first time.

“On May 20, we met. I go, ‘Let’s go to dinner,’ and Meredith very wisely said, ‘Let’s go somewhere in case it doesn’t work out, we can leave,'” he said. “I remember sitting in the lobby, and I felt this hand on my shoulder, and it felt like a bad romance movie, and I turned, and she said, ‘Oh my God. You are so cute.'”