Patton Oswalt says proposing to Meredith Salenger was an easy decision, and marrying her was a “no-brainer” 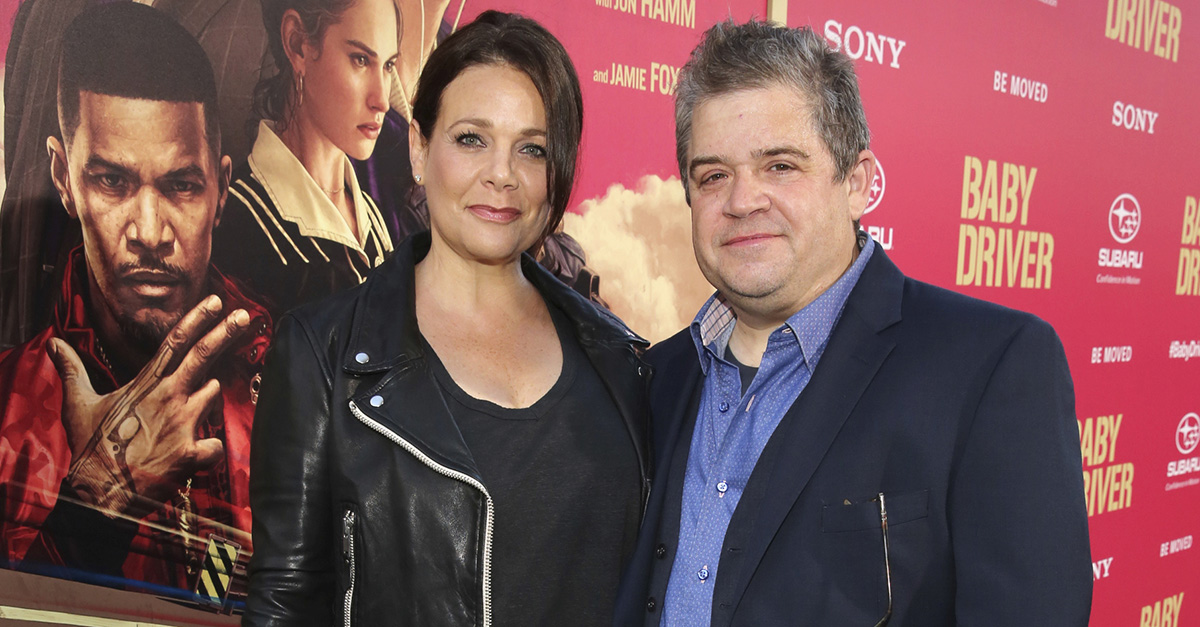 In a recent interview with US Weekly, funnyman Patton Oswalt says marrying Meredith Salenger was a “no-brainer.”

“Because we talked every single night on Facebook for three months and really got to know each other,” the 49-year-old comedian told the magazine. “I got to know what an extraordinary human being she was. So it was just a no-brainer for me to know that this is the person that I want to be with. It took talking to her nonstop every night for three months and then it took knowing her for a month and then it was like, yea, this is the person I’m going to spend my life with.”

Oswalt, who can currently be seen in the new NBC sitcom “A.P. Bio,” also shared some cherished memories from the couple’s nuptials.

“My favorite moment was when I was standing up at the altar and my daughter came down the aisle — she was a flower girl. And she just spontaneously gave me this huge hug,” Oswalt said. “It was like, we’re safe now. Things are OK. I almost started crying. I was so happy the way that she held me. Like, things are OK now. It felt amazing. That moment.”

Oswalt and Salenger were married in November 2017, a year-and-a-half after the passing of his Oswalt’s previous wife, author Michelle McNamara.

McNamara died in April 2016 from complications related to an undiagnosed heart condition and prescription drugs. Oswalt and Salenger faced backlash from fans online because some thought that Oswalt was moving on too quickly after his first wife’s death.

Salenger took to Twitter in July to defend their decision to marry.

“Everyone has been so lovely to us… ALL of Michelle’s siblings and friends and family… a few trolls have strong opinions,” she wrote at the time. “But I think for Patton, having met and found love after over a year of intense therapy and openly grieving and dealing with his pain…I am grateful to be the one who helps him climb out of the depths of grief and find some joy again. And most of all… Alice is happy and feels loved.”

Salenger continued, “I have waited 47 years to find true love. Creating our family unit while honoring the brilliant gift Michelle has given me will be my life’s goal and happiness. I am deeply in love with both Patton and Alice and very much looking forward to a beautiful happy life having adventures together.”

At the same time, Oswalt defended himself to fans by sharing a blog post written by Erica Roman, a woman who was widowed at the age of 27.

“This is so amazing. And SO well-written. I expected some bitter grub worms to weigh in (anonymously, always always always) with their much-needed opinions when I announced my engagement last week. And I decided to ignore them. But yeah, I felt this rage. And Erica articulated it better than I could have ever hoped. So there you go. Thank you, Erica,” he wrote on Facebook.

RELATED: Céline Dion reveals a touching ritual she does in honor of her late husband