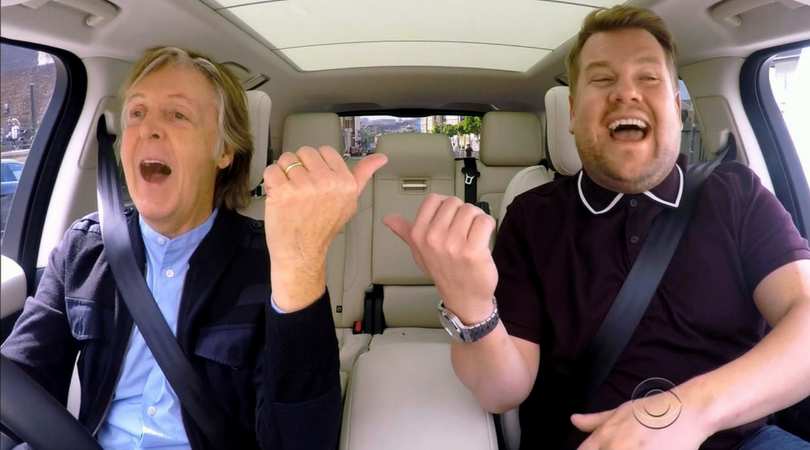 The segment became a hit over night with almost 130 million digital views across YouTube and Facebook running a total of 23 minutes. But, according to the Late Late Show producers, there is footage the audience didn’t get to see, which is why they have decided to air the one-hour special. The special will be called Carpool Karaoke: When Corden Met McCartney Live From Liverpool, airing on August 20 at 8.p.m. ET/PT on CBS. If you ask me, they can totally extend the special to 2 hours.

If the special is anything like the segment, let me tell you, expect there to be a lot of tears and laughter. The duo hit is off from the bat, capturing the hearts of many. Shot in June, the segment follows the late show host and McCartney as they traveled around the 76-year-old Beatles star hometown of Liverpool where they visited his childhood home singing songs like Blackbird, Drive My Car, She Loves You, Penny Lane, Let It Be, Hard Day?s Night, his new single Come on to Me, and more.

McCartney confirmed that Come on to Me and I Don?t Know were taken from his upcoming album Egypt Station, his first new LP since 2013. It?s good to know the Beatles star is still making music and capturing the hearts of many. His album is said to be released on September 7, 2018.

Cordon has done three Carpool Karaoke primetime specials, and the first two claimed Emmys. Participating artists that have gone viral include Lady Gaga, Adele, Bruno Mars, Elton John , Madonna, Ed Sheeran, Mariah Carey, and Adele. If the Late Night Special is anything like this 23-minute one, let it be known that is all I will watching whenever I need to be cheered up.