Meadow Walker is so beautiful and grown up!

The daughter of late actor Paul Walker returned to Instagram after a one-year hiatus to post a selfie, marking the first time she’s shared a snippet of her life with the public via social media since July 2016.

RELATED: Paul Walker’s mom recalls the day she learned about his tragic death in a new interview

In the photo, she sports a white tank top and jeans and appeared to be sitting in front of a window while shielding her eyes from the sun. She didn’t write a caption for the picture.

Meadow was just 15 years old when her father tragically passed away in a car accident. The last photo she shared was from last summer and was an old family photo featuring her and her father in a swimming pool.

The now 18 year old is following in her father’s philanthropic footsteps, starting the Paul Walker Foundation with the simple mission to “do good.” The charity provides grants and scholarships to students and researchers working or pursuing a degree in the marine science field.

RELATED: Vin Diesel honored his “brother” Paul Walker as he accepted the MTV Generation Award for “Fast and Furious” 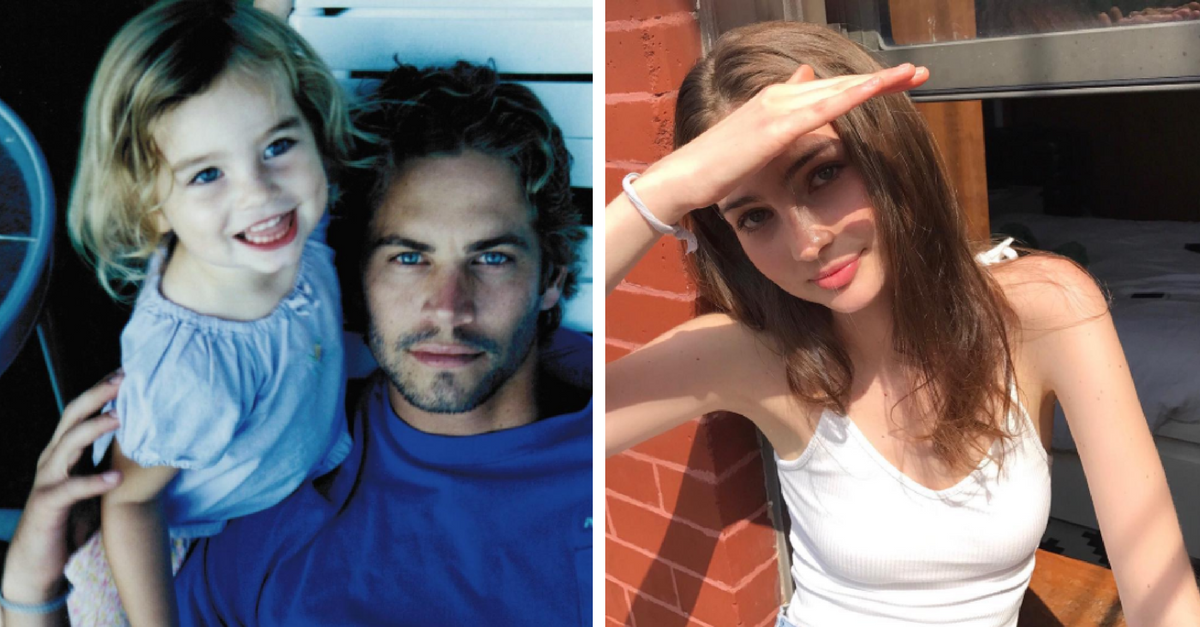