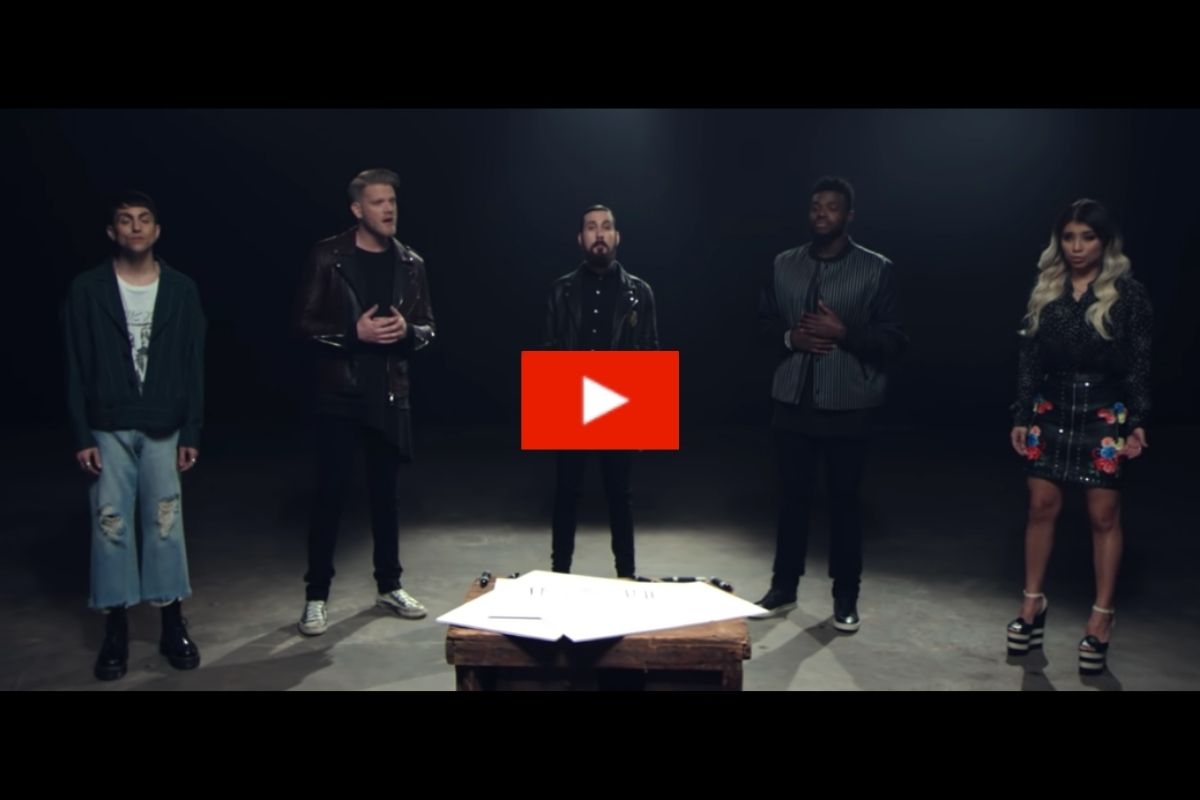 Few songs have stood the test of time quite like John Lennon’s 1971 hit “Imagine.” The lyrics still ring so pure and true, more than 40 years later. Pentatonix, the a cappella group featuring Scott Hoying, Mitch Grassi, Kirstin Maldonado, Kevin Olusola, and Matt Sallee, released their own version of Lennon’s legendary song, putting their own spin on the moving lyrics and medley, giving the song a new angle- all the while respecting Lennon’s original intention and vision.

“Imagine” has been covered by countless artists throughout the years, including Neil Young and Lady Gaga. Anyone who has ever covered the song did so with the intention of spreading its message of inclusion and love. Such is the case with Pentatonix’s beautiful version. As the group sings the lyrics, they simultaneously hold up signs in the music video that read “LGBTQ+,” “Man,” “Jewish,” “American,” “Black,” “Christian,” “Latina” and “Woman,” consecutively, to indicate that we are all one.

The a cappella group is known for their amazing covers. They’ve covered it all from “Jolene” with Dolly Parton herself, to Queen’s “Bohemian Rhapsody,” and others such as “Can’t Help Falling in Love,” “Hallelujah,” and “Over the Rainbow.” They’ve also collaborated with professional violinist Lindsey Stirling to cover Imagine Dragons’ “Radioactive.” The talented group is not limited with what they can cover and their talents have made them increasingly popular over the years.

But nevertheless, as true musicians and artists, their cover of “Imagine” is simple and powerful in its nature. Pentatonix is known for classically re-styling songs in a fresh and original way for covers, but the message of this cover was loud and clear. During times like these, it’s a wonderful reminder to be kind and to spread as much love to others as you can.

Editor’s note: This article was originally published on March 10, 2017.

Watch: Paul McCartney Breaks Down His Most Iconic Songs