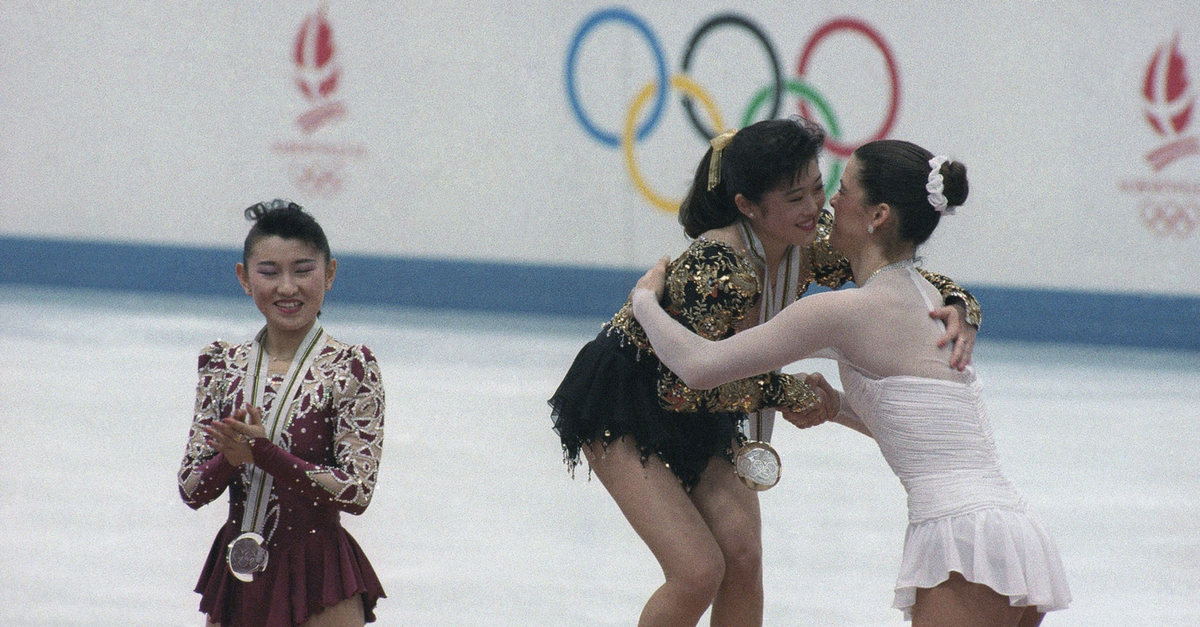 Hours before Kerrigan took the stage, Yamaguchi tweeted, “So excited for you @NancyAKerrigan ! Can’t wait to see you grace that ballroom floor, break a leg!”

So excited for you @NancyAKerrigan ! Can't wait to see you grace that ballroom floor, break a leg! 💃🏻#DWTS

Yes, that’s right. She told Kerrigan, victim of the famous 1994 attack in which she was assaulted with a police-style baton to the knee, to “break a leg.” Just before the U.S. Figure Skating Championships in Detroit that year, a man, who had been paid by Kerrigan’s rival Tonya Harding’s ex-husband, struck her on the right knee, injuring her leg. While it ultimately wasn’t broken, Kerrigan’s did suffer cuts, bruises and swelling and walked with a limp.

Of course, Yamaguchi was just employing a common (if ill-fitting for this situation) phrase, but that didn’t stop the internet from freaking out over it.

As of yet, Yamaguchi has not clarified her comment.