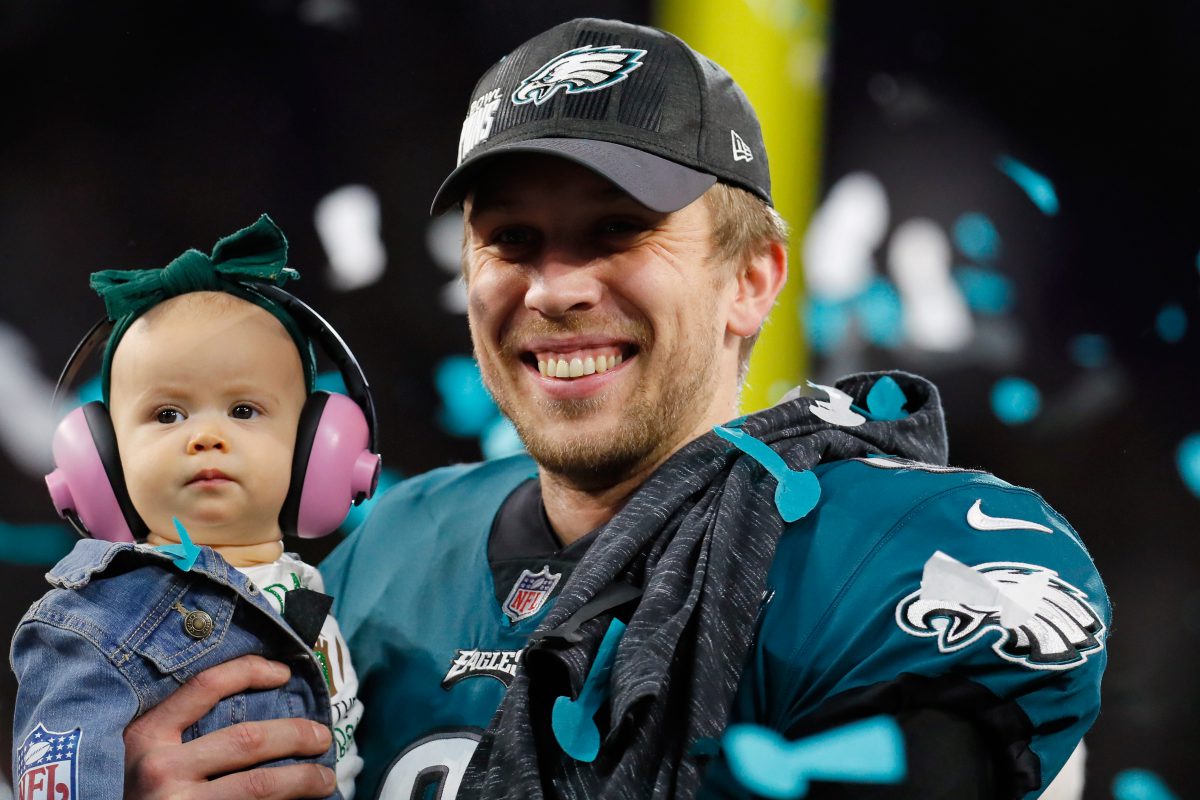 Her dad might have played the game of a lifetime at Super Bowl LII on Sunday night, but Lily Foles was actually the night’s true MVP.

The adorable daughter of Eagles quarterback Nick Foles really stole the show as she stayed calm, cool and collected during the chaos that surrounded her dad’s first Super Bowl win.

Wearing the most adorable vintage inspired jacket with “Foles” on the back and a set of pink headphones, baby Lily stole the hearts of many Twitter users while her dad reacted to the win.

Lily Foles is everything. #SB52 pic.twitter.com/1KfC2z8Aji

Non-sports related but do they make Lily Foles’ baby NFL denim jacket in adult sizes. Asking for a friend.

Someone remind me to be baby Lily Foles for Halloween. The cutest. #SuperBowI #pinkearprotection #fuzzhead

Lily Foles is the real MVP of this game. You rock that bow. Take the mic from dad. This is your night. #SuperBowlLII

After the big game, family man Foles gushed about his two favorite girls, baby Lily and his wife Tori.

“Being on the podium with my wife Tori, and my daughter Lily, I mean, that’s what life’s about right there,” he said. “I mean, we are Super Bowl champs, but time does stop when you look in your daughter’s eyes and get to celebrate this moment.”