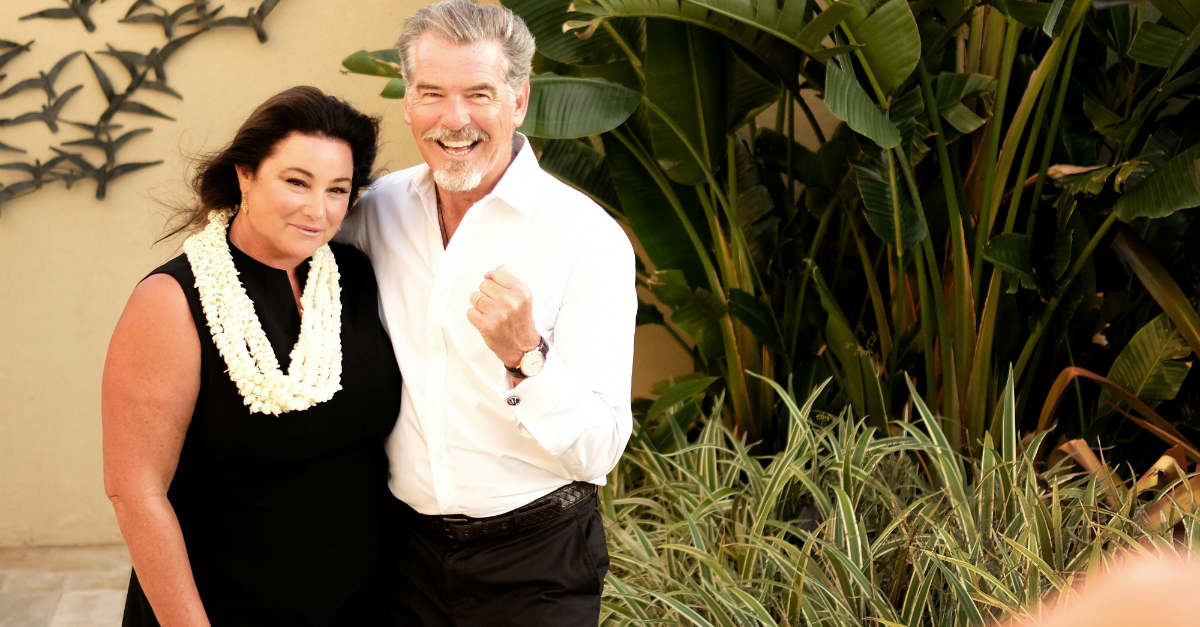 The former James Bond actor shared a retro photo on Instagram to commemorate his 23rd Christmas with wife Keely Shaye.

The image was captured in 1994 — a year before the Irish actor’s first Bond movie “GoldenEye” was released. It features the fresh-faced duo hanging out in London and spending their first Christmas together as a couple.

The couple were married in Ireland in 2001 and have two sons together: 20-year-old  Dylan and 16-year-old Paris.

“I love her vitality, her passion,” Brosnan told the Independent in March 2016. “She has this strength that I wouldn’t be able to live without. When Keely looks at me, I go weak.”

Earlier this year, in an interview with Esquire, the movie star talked about his first wife Cassandra and the pair’s daughter Charlotte, both of whom he lost to ovarian cancer.

Cassandra was the first to pass away in 1991, and Charlotte died 22 years later in 2013 from the same illness that took her mother’s life. With all of the sadness in his life, Brosnan admitted it’s been hard to keep a positive outlook on his own life.

“I don’t look at the cup as half full, believe me,” he told the magazine. “The dark, melancholy Irish black dog sits beside me from time to time.”

Brosnan is also father to Sean Brosnan with his late wife, and he adopted her two children, Charlotte and Christopher.

The actor shared that his somewhat unconventional upbringing helped him become the father he is today. When he was an infant, Brosnan’s father left the family, and his mother eventually left their native Ireland for work in London. He was essentially orphaned and eventually found himself in a boardinghouse, where he slept on a “metal bed with a curtain around it.”

“My fatherly instincts are purely my own. They relate back to no one, because there was no one,” he said. Brosnan was reunited with his biological father in 1984.

“I only met Tom the once. I had a Sunday afternoon with him. A story about this and that, had a few pints of Guinness, and we said goodbye,” he said. “I would have loved to have known him. He was a good whistler and he had a good walk. … That’s as much as I know about him.”

RELATED: Drew Scott and Linda Phan are one of the most endearing celebrity couples around, and their festive family photo shows why