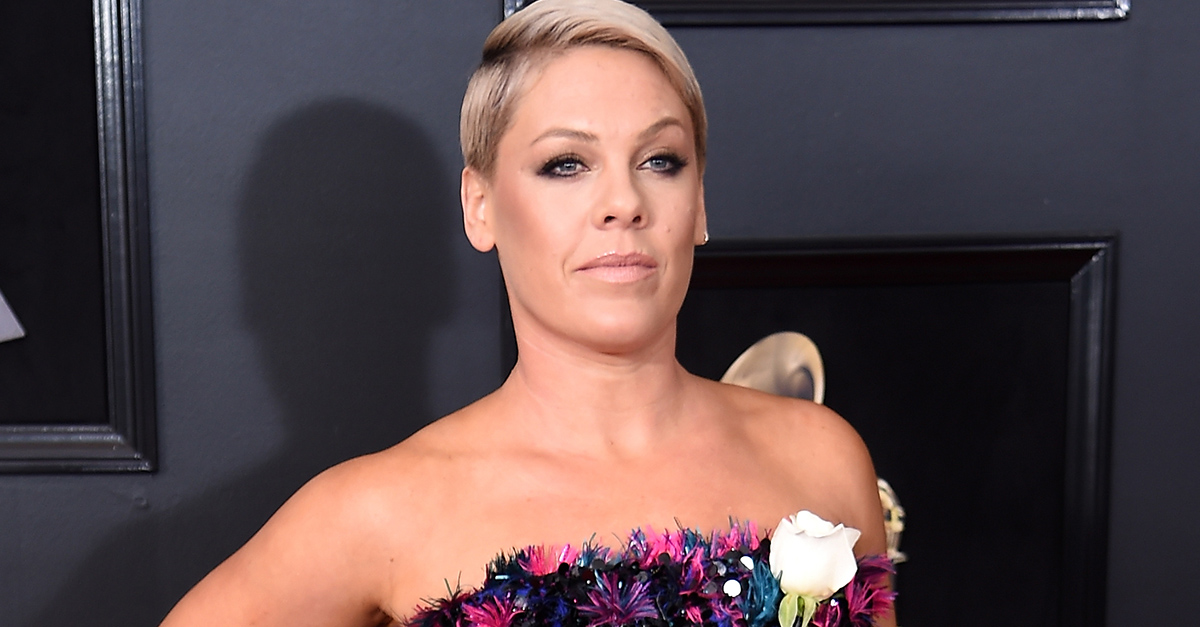 Singer Pink unleashed her wrath on social media after she caught wind that Recording Academy president Neil Portnow suggested women in music “step up” ahead of next year’s award show.

The outrage sparked after #GrammysSoMale began trending following Sunday night’s show. This year, many of the Grammy winners were male. Pink was among the few female musicians who were nominated, as she was up for Best Pop Performance along with four other women in the category, but they all lost out to Ed Sheeran.

In response to the controversy, Portnow told Variety:

It has to begin with … women who have the creativity in their hearts and souls, who want to be musicians, who want to be engineers, producers, and want to be part of the industry on the executive level … [They need] to step up because I think they would be welcome. I don’t have personal experience of those kinds of brick walls that you face but I think it’s upon us — us as an industry — to make the welcome mat very obvious, breeding opportunities for all people who want to be creative and paying it forward and creating that next generation of artists.

Pink responded to his controversial statement with a post on social media. While she didn’t directly speak out against Portnow, her message was clear.

RELATED: Pink made sure her sweet daughter got to meet her idol at this year’s Grammy Awards

She shared a handwritten statement, saying:

Women in music don’t need to ‘step up’ — women have been stepping since the beginning of time. Stepping up, and also stepping aside, women owned music this year. They’ve been killing it. And every year before this. When we celebrate and honor the talent and accomplishments of women, and how much women step up every year, against all odds, we show the next generation of women and girls and boys and men what it means to be equal and what it looks like to be fair.

Pink has often been outspoken about gender issues and has recently opened up about teaching her 6-year-old daughter about equality and the meaning of beauty. When she accepted Michael Jackson Video Vanguard Award at the 2017 Video Music Awards, she shared a story about a heartbreaking conversation she had with her daughter.

Pink started her speech by sharing a moment from her daughter Willow’s life. Her daughter recently told her that she felt like “the ugliest girl at school” because “she looked like a boy with long hair.” She said she told her daughter that she was often made fun of for having the same qualities but it never stopped her from achieving great success.

“So, baby girl. We don’t change. We take the gravel in the shell and we make a pearl. And we help other people change so they can see all kinds of beauty,” Pink said at the time. “Keep shining for the rest of us to see. And you, my darling little girl, are beautiful.”