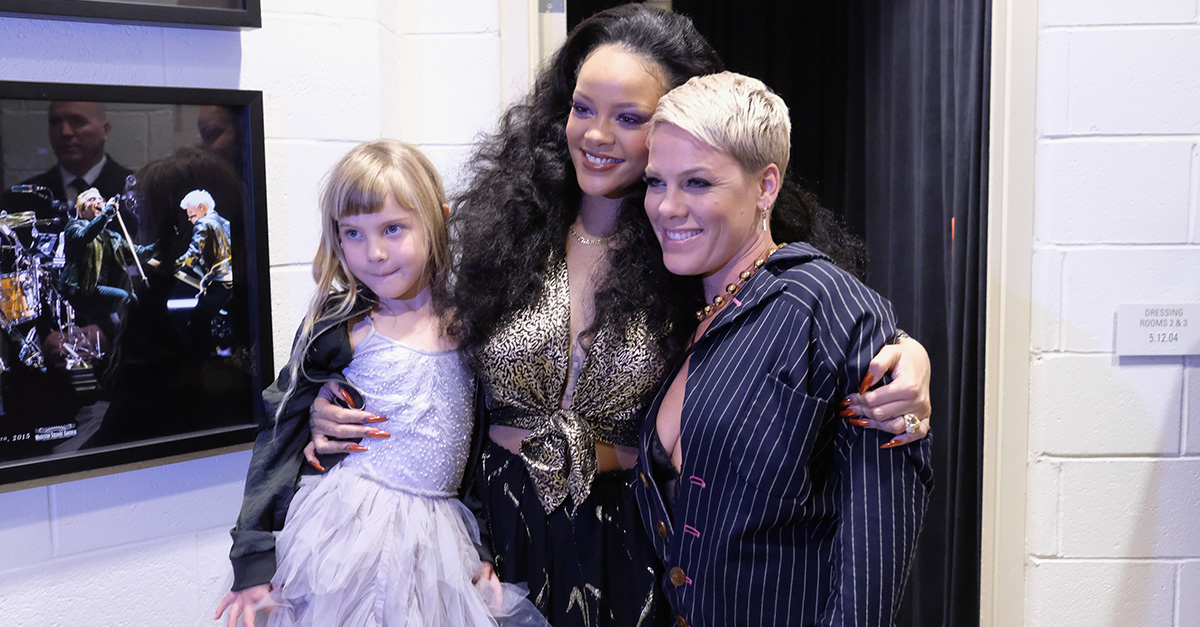 Willow Hart got the surprise of a lifetime when she got a hug from one of her biggest idols while backstage at the Grammys.

The 6-year-old daughter of singer Pink and husband Carey Hart lived her best life by her mom’s side at Sunday night’s award show and even got to rub elbows with Rhianna!

The proud mom captured the moment writing, “Dreams come true. My daughter lives for this woman. So do I.”

Dreams come true. My daughter lives for this woman. So do I.

RELATED: Pink breaks down in tears at a grocery store, and she just explained why on Twitter

On Sunday night, Pink took to the stage with a subdued and emotional rendition of her hit “Wild Hearts Can’t Be Broken.” At the end of the ballad, which she performed with a sign language interpreter, she gave a sweet wave to her daughter, who was watching from the audience.

Last year, Pink opened up about her special relationship with her daughter after a moving speech at the 2017 Video Music Awards. Ahead of the award show, Willow told her mom that kids at school made fun of her because she “looked like a boy with long hair.”

“I was so speechless, and I didn’t want to mom her and start preaching to her and not be effective at all, so I just stayed quiet,” Pink told Ellen DeGeneres at the time. “And I said, ‘Why do you think that? Did someone say that to you? What’s happening?’ And she’s like, ‘I just look like a boy with long hair.’ I just didn’t say anything. I didn’t know what to say. And I went home, I cried, and I made this Word document.”

She told the host that she then made a document using images of icons including Freddie Mercury, Prince and Michael Jackson to explain to Willow that it was okay to be different.

“It doesn’t feel good to hear mean things about yourself, but if you’re human you’re going to hear it. If you’re past the age of 12, you will at some point be heartbroken by someone else. So I’m just trying to make her more resilient,” she said.