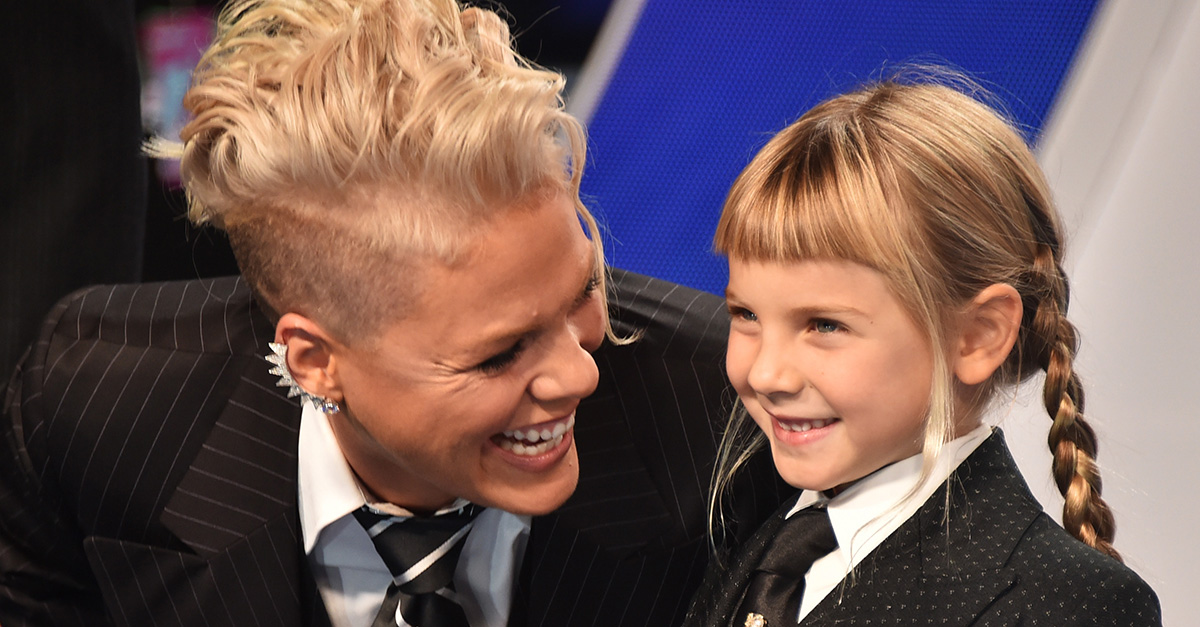 Singer Pink shared an emotional story about her daughter Willow and the meaning of beauty as she accepted the Michael Jackson Video Vanguard Award at Sunday night’s VMAs.

Ahead of her acceptance speech, Pink blew the audience away with an incredible performance of all of her hit songs. The high energy routine brought down the house and she earned herself a well-deserved standing ovation by the end.

Following the performance, Pink’s BFF Ellen DeGeneres received a warm welcome on the stage as she introduced Pink and presented her with the award.

“I am not completely prepared. I got the call from Pink yesterday that she wanted me to give her this award, because apparently, Cher was supposed to give her the award, and Cher was not able to be here,” DeGeneres began. “And it makes sense that Cher would give the award, because Cher got the Vanguard award last year, and I have not received the Vanguard award. I have received the presidential medal of freedom from Barack Obama.”

“I love Pink. She is my friend. I think she is the most incredible performer. I was honored. I said, ‘absolutely.’ Then I realized it was the season finale of ‘Game of Thrones’ so I hope we are recording it. Portia, tell me you are recording this. She is an awesome, awesome human being.” DeGeneres said before listing all of Pink’s achievements in and out of the recording studio.

DeGeneres then welcomed Pink onstage, where she promptly broke her Moon Person.

Everyone needs to hear @Pink's Video Vanguard acceptance speech. This is a true icon. #VMAs pic.twitter.com/swugt7sE0H

Pink started her speech by sharing a moment from her daughter Willow’s life. Her daughter recently told her that she felt like “the ugliest girl at school” because “she looked like a boy with long hair.”

The singer told the audience that she explained to Willow that she has also been told she looks like a boy, but that hasn’t stopped her from selling out arenas and having amazing success.

“So, baby girl. We don’t change. We take the gravel in the shell and we make a pearl. And we help other people change so they can see all kinds of beauty,” Pink said before thanking fellow artists. “Keep shining for the rest of us to see. And, you, my darling little girl, are beautiful.”