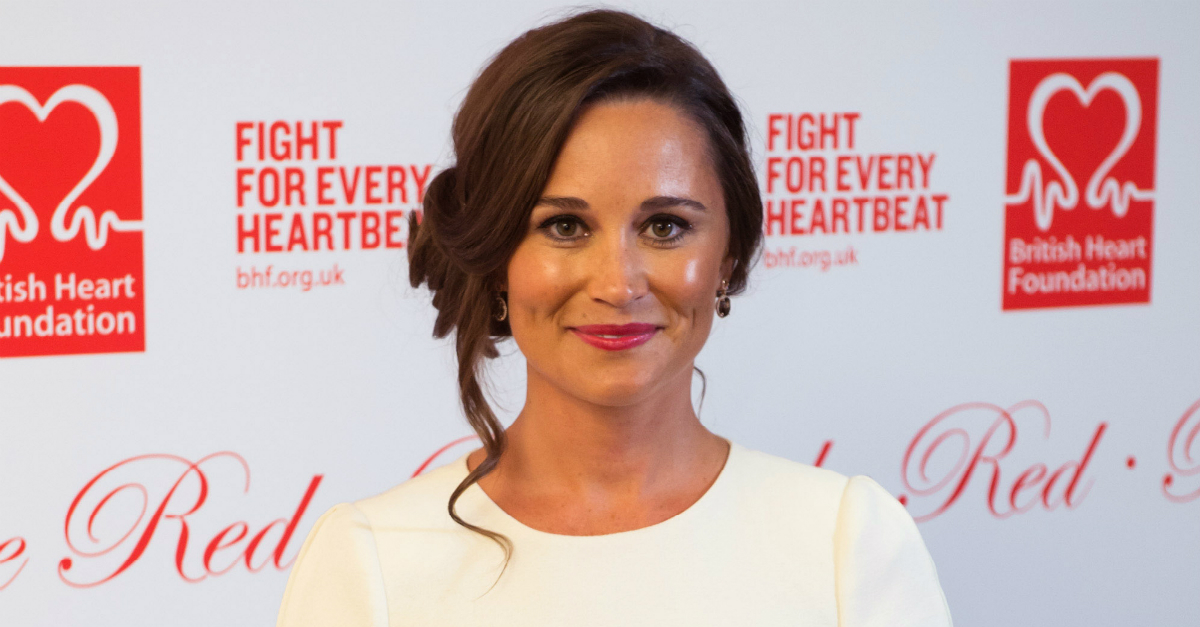 A cheerful Pippa Middleton brought some Christmas joy to the patients in a children’s hospital in the U.K. recently — and she was sporting a new hairstyle that looked a bit too familiar.

Pippa flaunted a shorter style that looked a lot like the short bob her sister Kate showed off earlier this year while taking in some tennis at Wimbledon.

The 34-year-old Pippa combined her new hairstyle with a navy polo neck jumper and a rainbow stripe A-line skirt which came down to her ankles, PEOPLE reports.

The Duchess of Cambridge?s sister was shown around the wards and introduced to several children, including a toddler named Daniel Tomsett, who presented her with a homemade card.

Pippa — who is an ambassador for the British Heart Foundation — visited the hospital to draw awareness to the foundation’s Christmas appeal to raise money for cardio research.

RELATED: We now know who Prince Harry picked to serve as best man in his upcoming wedding to Meghan Markle

Earlier this year, Business Insider reported Middleton has been athletic all her life, playing sports as both a child and adult. She works out three to five days a week, combining cardio and strength training.

In the months before her May 2017 wedding, Middleton added Pilates to her exercise routine. She and her new husband, James Matthews, were even spotted running while on their honeymoon in Australia.

Recently, Pippa and Kate’s uncle Gary Goldsmith, was told by a judge that he acted ?like a nasty drunk? when he physically assaulted his wife following a drunken night out, the BBC reported.

On Nov. 14, Goldsmith, the younger brother of the Duchess of Cambridge?s mother Carole, admitted to punching his wife Julie-Ann Goldsmith in the face at their home in London, leaving her unconscious.

At the time of the incident, the couple had just returned home in a taxi and were both intoxicated. The driver of the taxi told police that he saw Julie-Ann slap her husband, who lashed out with a ?left hook? that knocked his wife down, leaving her with her eyes closed on the ground for roughly 15 seconds. The taxi driver said Julie-Ann then awoke, stood up shakily and told him to call the police, and he obliged.