Mom Runs a Mile Under 6 Minutes While 9 Months Pregnant 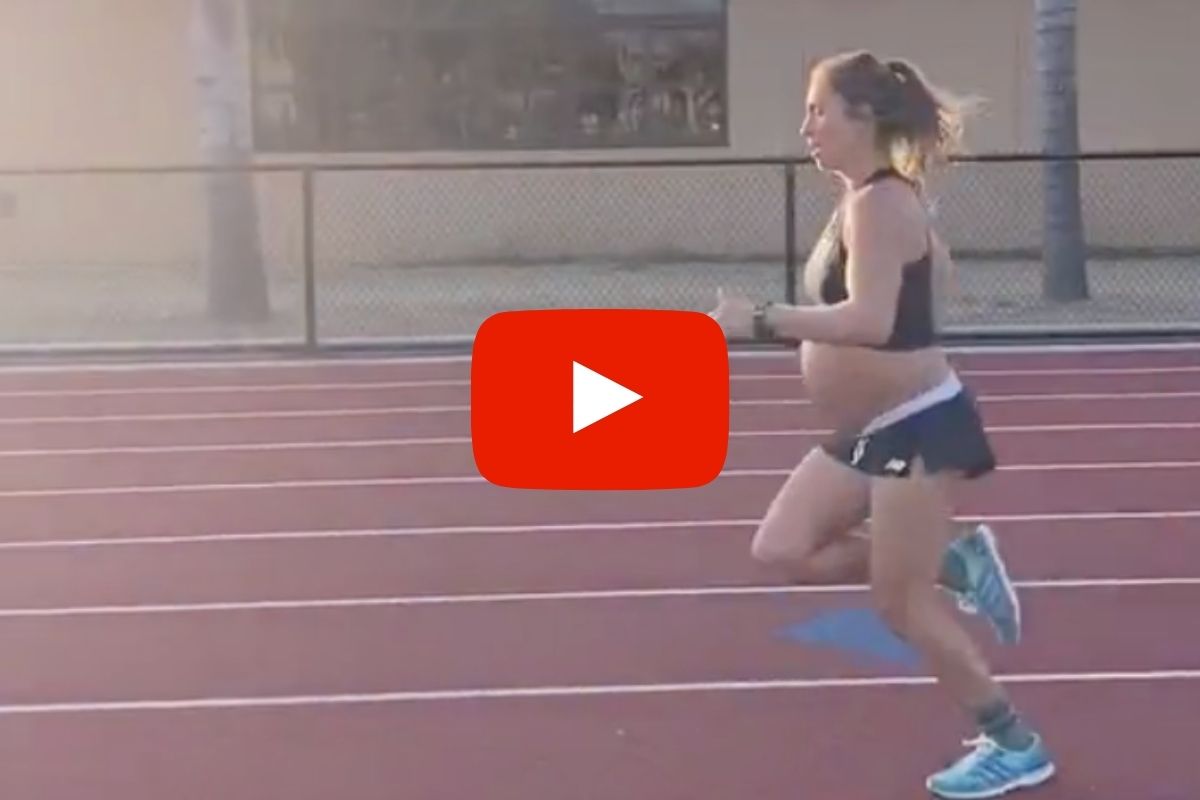 Holy moly, I’m truly convinced that moms are the real superheroes of the world. A 28-year-old pregnant woman decided to nonchalantly run a mile in less than 6 minutes and is now showing us that pregnancy indeed has no limits. Makenna Myler, who runs with the Valor Track Club in Orange County California, ran one-mile last week and 5 minutes and 25 seconds. Not only that, but this mama was 9 months pregnant.

This is so impressive, I’m amazed. I can barely run a mile in less than eight minutes, so for this woman to do it in 5 while carrying a fully developed baby inside of her is amazing. I’m sure the baby thought they were just going on a Joyride. Her husband, Mike Myler, decided to capture the amazing footage on video and shared it on Tik Tok. The social media video has now gone viral with tens of thousands of likes, shares, and comments. Speaking with Good Morning America, Myler, who ran track at Brigham Young University, stated, “I think pregnancy is a beautiful thing and it’s not an injury or a sickness, that you’re still really capable. “I think a lot of women are showing that, that women are capable and that’s what matters.”

Myler stated that she and her husband bet each other $100 that she wouldn’t finish the 8-minute-mile at an average pace. Clearly, the soon to be mom won, and by a lot. Myler’s due date was October 19th and now says that her 6-minute mile is getting a lot of attention, and doesn’t want other women to think her training during pregnancy was a breeze.

She noted, “The first trimester I didn’t have that extra weight but I was exhausted and I was probably running slower than I am now,” she said. “I’ve had to listen to my body and really let myself recover and get a workout in if I can if my body is feeling it, but they’re definitely few and far between.”

The mom also said that she listens to her body, and her pregnancy and health always come first. The mom also stated that she has dreams of representing the United States in the Olympics one day. And for all of you who are worried that she might be entering the baby, it’s actually pretty safe, according to health experts.

Strait to the Olympics!

Dr. Daniel Jones, a board-certified OB-GYN in College Station, Texas, stated that in general she always tells her patients to do anything that they were doing before pregnancy as long as it’s comfortable and doesn’t cause them any pain. She stated, “You don’t see it a lot because most people get uncomfortable by the third trimester and aren’t wanting to run a five-minute mile, but there’s definitely people out there who can comfortably continue that in their pregnancy.”

As far as Myler, she said that she plans to continue training after giving birth to her baby, and has no plans to bounce back into shape. She noted, “I hate the term bounce back because I want to be a different person and I want to change,” said Myler, who will be a first-time mom. “I hope this baby brings a lot of growth and change.”