Menu
Follow us
Search
Menu
Search
President Donald Trump walks with his grandchildren Arabella Kushner and Joseph Kushner to Marine One on the South Lawn of the White House in Washington, Friday, Feb. 17, 2017, for a short trip to Andrews Air Force Base, Md., then onto South Carolina and Florida. (AP Photo/Pablo Martinez Monsivais)

Before boarding Marine One for a trip to South Carolina on Friday, President Trump hung out with his grandchildren, daughter Ivanka’s kids Arabella and Joseph.

RELATED: Ivanka Trump shares glamorous photo of her and her husband on Valentine’s Day

Ivanka Trump shared a photo of her kids, aged five and three, eagerly awaiting their grandfather’s arrival and peering out of windows to get a glimpse of Marine One landing on the South Lawn of the White House.

“Watching Marine One land on the South Lawn,” she wrote as the caption.

Once he arrived, the president held the children’s hands as they walked across the lawn before helping them board the aircraft.

“With @realdonaldtrump on the South Lawn,” the first daughter captioned another picture on Instagram.

Ivanka and husband Jared Kushner boarded shortly after, and the family stopped at Andrews Air Force Base in Maryland, where they then boarded Air Force One and made their way to South Carolina. While there, Trump is to speak with Boeing and check out their new 787-10 Dreamliner.

RELATED: President Trump answered steadfastly when asked what he would do to combat antisemitism in America 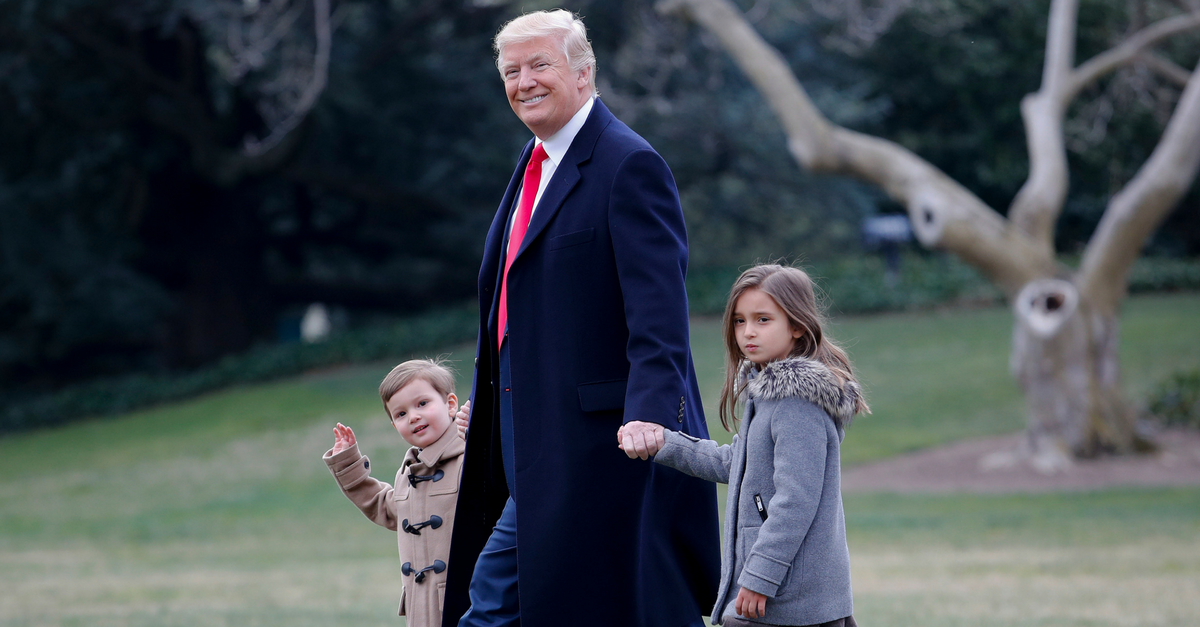