Prince Jackson was injured on Thursday in a motorcycle accident, but is “doing OK” after being rushed to the hospital.

The son of the late Michael Jackson shocked fans by sharing a picture from inside of appeared to be an ambulance on Instagram, writing, “Well s**t…” as the caption.

RELATED: Paris and Prince Jackson show off their Halloween costumes in another rare red carpet appearance

“Prince Jackson was involved in a motorcycle accident on his way to college this morning, November 2nd, in Los Angeles,” his representative confirmed in a statement to E! News. “He suffered some injuries but is doing OK. Thank you all so much for your support and prayers and we will update you on his progress shortly.”

As it was drizzling on Thursday morning, the roads were reportedly slicker than usual. He was riding in the light rain when he lost control of the motorcycle. Jackson, a student at Loyola Marymount University in Los Angeles, was checked into the emergency room following the crash and treated for minor injuries, but was released in time to make it to class.

It’s unclear how long he’s been riding a motorcycle, but he first started sharing videos of his rides on Instagram in September. Having only ridden dirt bikes before, he took a three-day California Motorcycle Safety Program to learn how to operate and ride the bike.

“I’ve always wanted a bike ever since I was little,” he said. “I think it’s just bad-ass. I don’t know what to tell you.”

RELATED: Prince Jackson and Paris Jackson make a rare appearance on the red carpet together

Sister Paris previously voiced concern for her brother after he shared a video of himself riding his motorcycle last month.

E! Online reports that Prince Jackson has since started wearing riding gloves, as per his sister’s request. 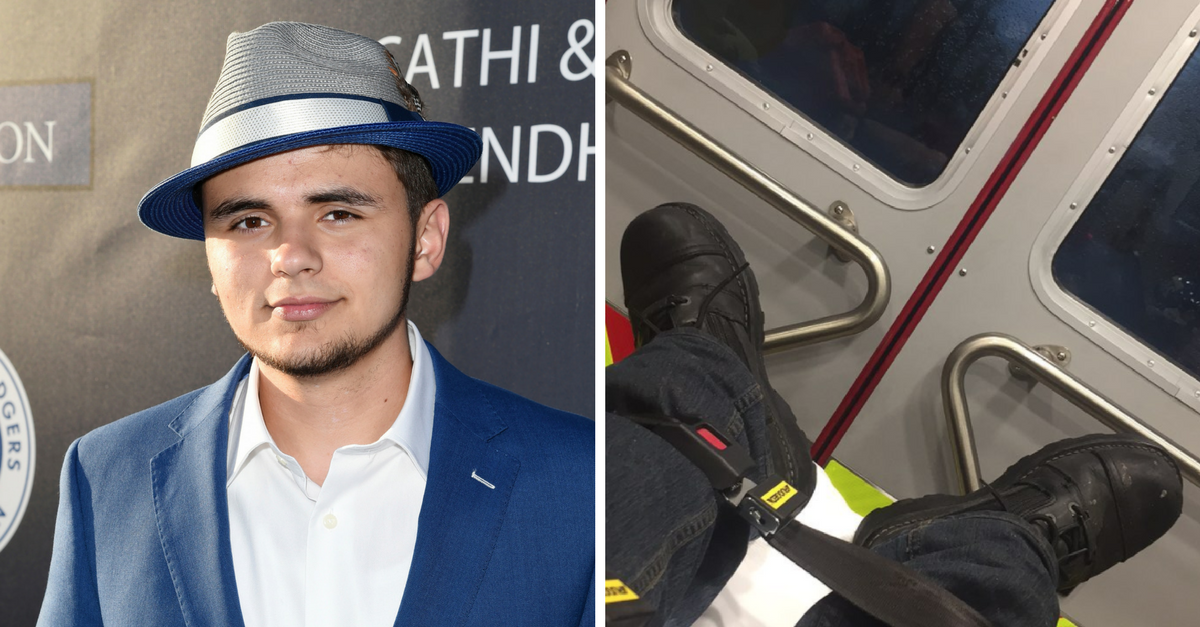