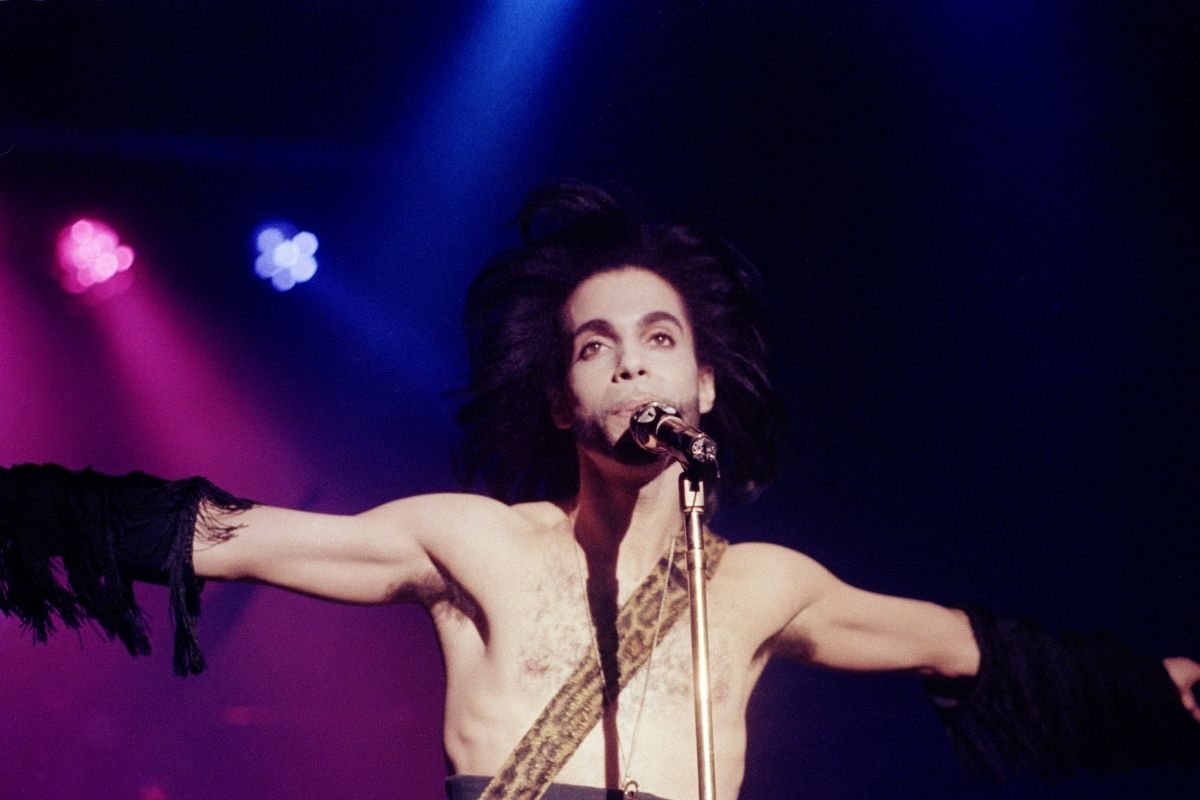 As a songwriter, dancer, musician, producer, guitarist, actor, Prince pushed the boundaries of what was expected of not only a singer but a man. His eclectic music crossed genres while Prince himself crossed gender norms with his flamboyant style and dazzling stage presence. His utter confidence in the raunchy display certainly invited questions into Prince’s sexuality. On VH1 in 1997, Chris Rock frankly questioned Prince about it. He asked: “The androgynous thing. Was that an act, or were you searching for your sexual identity?” Prince’s response was quite revealing and sheds some light on his fairly straight sexuality. The legendary musician married two women in his lifetime and was single at the time of his death in 2016.

Born Prince Rogers Nelson and raised in Minneapolis, Minnesota, Prince was a star on the ride by the time he was just 19. After signing a record deal with Warner Bros., Prince released the critically innovative albums Dirty Mind, Controversy, and 1999. His sixth album, Purple Rain, premiered in 1984 and also made u the soundtrack to his film of the same name; this rock drama marked Prince’s acting debut. “Purple Rain” won the Academy Award for Best Original Song Score and the album spent six months topping the charts. During contract disputes with Warner Bros., Prince became “the Artist Formerly Known as Prince” although he went back to using his original name in 2000.

In all, Prince sold over 150 million records worldwide. He earned Grammy awards, the Billboard Icon Award, an Academy Award, a Golden Globe, and was inducted into the Rock and Roll Hall of Fame in 2004. He was certainly celebrated and recognized for the icon that he was, during his lifetime. But throughout decades in the public eye, many aspects of Prince’s personal life remained a mystery. The eccentric celeb explored different spiritualities and was outspoken about those beliefs. (Prince eventually committed to being a Jehovah’s Witness and even went door-to-door.) But as for his relationships, Prince cycled through lovers and was married briefly twice. Fans might have expected more shocking stories about Prince’s dating record.

When Chris Rock questioned Prince about whether his androgyny was “an act” in 1997, Prince’s response was telling. Offering his trademark slow smile, Prince said, “That’s a good question. I don’t suppose I was searching, really. I think I was just — being who I was. Being the true Gemini that I am. And there’s, um, there’s many sides in that as well… And there was a little acting going on, too.” This is telling. While so many fans celebrated Prince as a trailblazer for committing to his unique lifestyle, a lot of those theatrics distracted from the musician’s fairly traditional romantic life. (Traditional in terms of Prince, that is.)

Prince has been romantically linked to many notable Hollywood exes, including Madonna, Carmen Electra, Kim Basinger, Vanity, his backing vocalist Jill Jones, drummer Sheila E., actress Sherilyn Fenn, and Susannah Melvoin. Melvoin, who was featured on “Nothing Compares 2 U,” gained fame through the relationship and has spoken about Prince publicly in Variety, sharing, “Prince wasn’t a great communicator — but when he would record, that was him communicating.” Melvoin had lived with Prince, her twin sister Wendy, and keyboardist Lisa Coleman for some time. But when Melvoin went to live with Prince in Minneapolis, she found he was overly dependant, saying, “the seclusion and isolation became way too much for me to bear. I couldn’t do it anymore. I was like the bird in a gilded cage — he would watch my phone calls. I think he really wanted me to himself, but my sister and I always have been each other’s complete family unit, and packed my stuff and went back to California.”

Prince married his first wife Mayte Garcia on Valentine’s Day in 1996. At the time, she was 22 and Prince was 37. But Prince had first laid eyes on Garcia when she was just 16 and immediately called her his “future wife.” According to her memoir, published after Prince’s death, The Most Beautiful: My Life with Prince, Garcia was a professional bellydancer when she was young.

Her own mother had sent a video of her belly dancing performance to the older musician, who then asked to meet the girl. Yes. Creepy. Garcia’s mother signed away her guardianship of the teen so Garcia could become part of Prince’s touring group, as a dancer. However, Garcia maintains that their relationship was not sexual until she was 19 years old and done with high school. At that point, Garcia had been living in Paisley Park full time for a year while Prince dated other women.

Mayte Garcia gave birth to her and Prince’s son, Amiir, on October 16, 1996. Tragically, the baby was born with the rare genetic disorder, Pfeiffer syndrome, and died a week later. Prince’s ex-wife details those painful moments after the birth in her memoir: “I don’t know how to describe the look on my husband’s face. Pure joy. Pure love. Pure gratitude. I’d seen his face as he scored platinum albums and received the highest awards in his industry. . . None of that compared to the look I saw on his face in this moment, when he became a father.”

But it didn’t take long for the couple to notice something was wrong. “Then they held the baby up in the glare of those harsh lights. . . The pure elation on my husband’s face turned to pure terror.” Little Amiir’s appearance was shocking due to Pfeiffer syndrome type 2; abnormalities included eyeballs outside their sockets and webbed hands and feet. The trauma of Amiir’s death, along with the distress of another miscarriage, proved to be too much for the couple. They divorced in 2000. But Garcia remained friends with her ex-husband, and publicly mourned his death.

One year later, Prince married Manuela Testolini, a Canadian businesswoman, in a private ceremony. The two had met through collaborating on charity work for a women’s shelter. Testolini has said, “Philanthropy brought us together and it was Prince that encouraged me to start my own charity over 10 years ago.” The marriage between Prince and his second wife was extremely private but apparently, the divorce was messy; leading up to the split, Prince reportedly locked Testolini out of their house. By May 2006, they were divorced. She is now married to Halle Berry’s ex, R&B musician Eric Benét.

The Death of Prince

Prince’s death came as a shock to the world on April 21, 2016. He died of an accidental fentanyl overdose at his Paisley Park home and recording studio in Chanhassen, Minnesota. He was 57 years old. Despite his whopping fortune, Prince died without a will which created years of legal conflict among his siblings over the estate. And that was not his only unfinished business. Prince had been working on a memoir prior to his death, which was completed by the writer Dan Piepenbring posthumously. This new book, The Beautiful Ones, is now available. And as a testament to Prince’s enduring power, this New York Times exploration of his increasingly relevant single, “Sign O’ the Times” has been ranked among the paper’s “Best of 2020.”