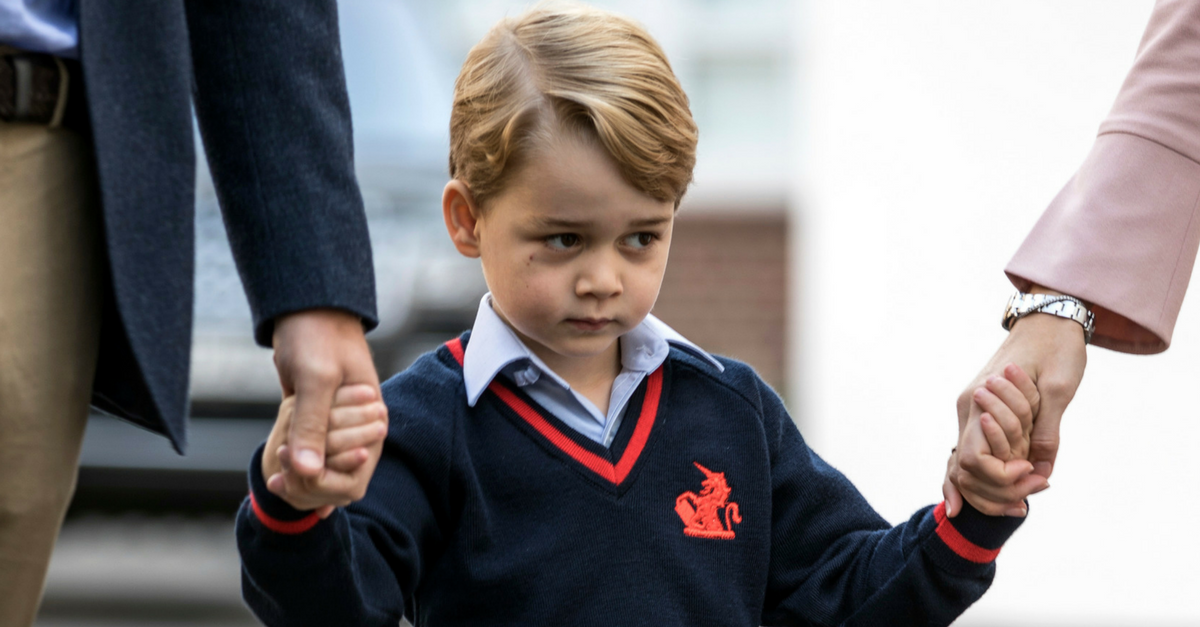 Prince William is astonished at how bright his son is at just 4 years old, according to reporting by US Weekly.

“George is very close with his father,” a source told the magazine. “William says they have surprisingly deep conversations and these days his views of the world is absolutely fascinating to him.”

The future king of England sounds like he’s already pondering some of life’s biggest questions.

TRENDING: Will Harry and Meghan’s wedding cake be made from bananas?

“Not so long ago William said something like, ‘I never thought I’d see the day when George is talking to me about the value of sharing or the importance of happiness. He’s a bright boy’!”

“Mummy definitely has a shadow,” a source close to the Middleton family said. “Wherever Kate goes, so does Charlotte. It’s adorable. As she’s home a lot more than George, Charlotte spends time in the kitchen ‘helping’ with things. Whenever the housekeeper or Kate is preparing food, Charlotte needs her own little toy set by her side to imitate.”

“I don’t think it’s quite dawned on her yet that she’s a princess herself,” the family friend said.

George and Charlotte love to play. Though George is reportedly very protective of his little sister, she’s pretty tough.

“She’s not afraid of a grazed knee and it’s most certainly not going to stop her from running around corridors like a girl possessed,” the source said.