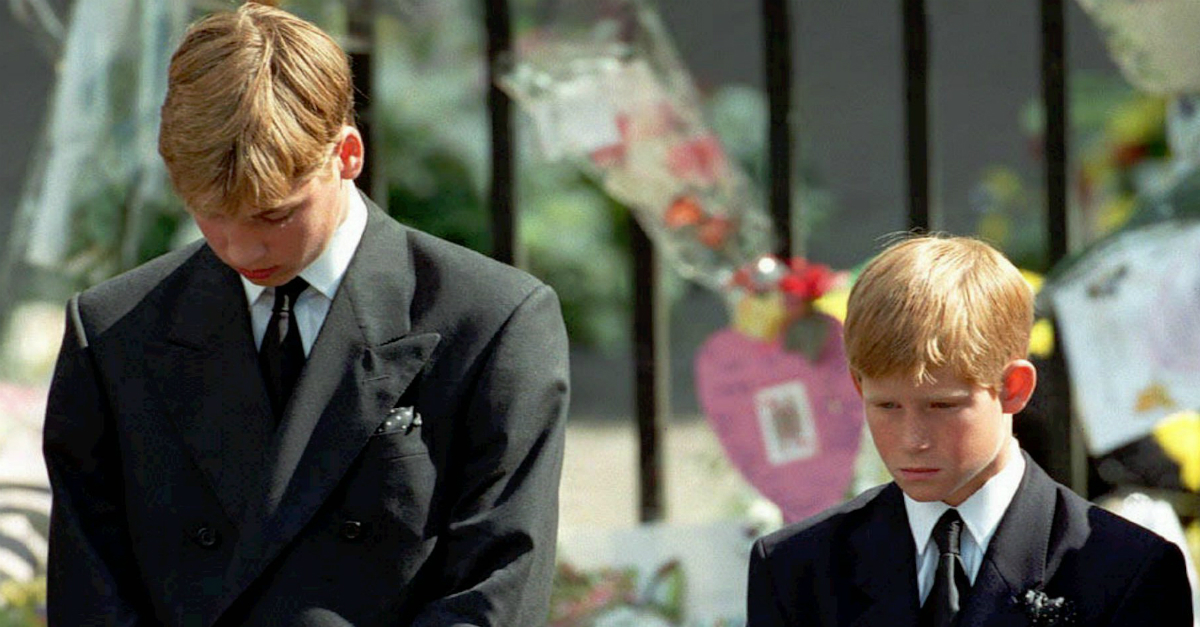 AP Images/ADAM BUTLER
Prince William, left, and Prince Harry, the sons of Diana, Princess of Wales, bow their heads as their mother's coffin is taken out of Westminster Abbey Saturday Sept. 6, 1997 following her funeral service. The princess was killed on Aug. 31 in a car crash in Paris. (AP Photo/Adam Butler/POOL)

Prince William has spoken about how he felt as though his late mother Princess Diana was walking alongside him and brother Prince Harry as they marched behind her coffin at her funeral.

“It was one of the hardest things I’ve ever done, that walk. It felt she was almost walking along beside us to get us through it,” the Duke of Cambridge said in the preview.

The prince — who was just 15 when his mother was tragically killed in a car crash almost 20 years ago — has opened up for the special along with his brother and other members of the royal family and Diana’s family.

Prince Harry remembered being comforted by members of the public whose “hands were wet because of the tears they had just wiped away.”