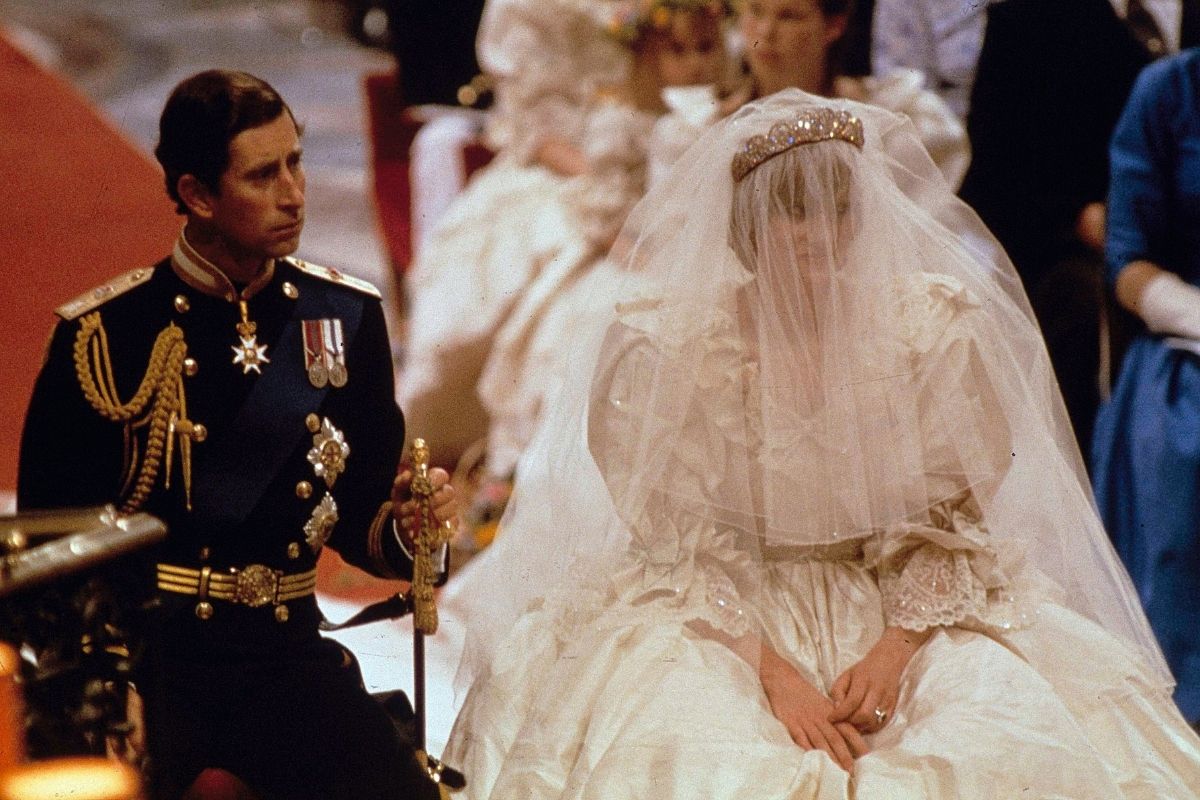 As anyone who’s watched season four of Netflix’s The Crown quickly realized, the relationship between Princess Diana and Prince Charles was no fairytale. And the royal wedding — dubbed “the wedding of the century” was far from the happy occasion viewers across the country thought it was. 40 years after the People’s Princess said “I do”, here’s what we know about what actually happened on the day of her ill-fated wedding:

Lady Diana Spencer met Prince Charles, Prince of Wales, eldest son and heir to Queen Elizabeth II, when she was 16 and he was 29. At the time, Charles had been in a relationship with her older sister, Lady Sarah Spencer. Years after Charles broke up with Sarah, he and Diana became romantically involved when Prince Charles invited her to a party.

In 1981, Prince Charles proposed with a 12-carat sapphire engagement ring surrounded by 14 solitaire diamonds. At first, Diana didn’t believe him, and burst out laughing before finally saying “yes”. According to her biography, “Diana: Story of a Princess”, Diana told Prince Charles that she loved him, to which he responded with his infamous line: “Whatever love is”.

After news of the engagement was released, Diana left the flat that she shared with roommates and moved into Clarence House in London. Shortly after, the Princess-to-be was relocated to the nearby Buckingham Palace. Because the Prince was often traveling and his family didn’t pay her much attention, Diana quickly became lonely and began her multi-year battle with bulimia.

Diana nearly called off the wedding after she discovered Charles had a private goodbye lunch with Camilla Parker Bowles, the married woman with who Charles had been romantically involved for many years. She agreed to go through with the ceremony at the urging of her sisters, who convinced her it was too late.

On the big day, Princess Diana dressed in an extravagant silk taffeta wedding gown created by husband-and-wife dress designers David and Elizabeth Emanuel. Diana and her father rode the royal Glass coach to St. Paul’s Cathedral, as hundreds of thousands of people that crowded the road to the church cheered her on. Walking into the cathedral, the Princess was a dazzling sight with her glittery sequin wedding dress, 25-foot train, and a 153-yard tulle veil attached to her tiara.

After the wedding ceremony, the newlywed Prince and Princess of Wales joined the rest of the royal family on the balcony of Buckingham Palace. There, Prince Charles kissed Diana, creating the memorable image displayed on newspaper front pages around the world the next morning. Then, they returned inside to feast on a lavish breakfast of brill in lobster sauce, chicken stuffed with lamb mousse, and a whopping 27 wedding cakes. Afterward, the royal couple headed off on their honeymoon — which included a Mediterranean cruise on the Royal Yacht.

And so began a troubled marriage marred by infidelity, loneliness, and unease. Although Prince Charles and Princess Diana would eventually divorce, their wedding will nevertheless be forever remembered as a fairytale. Notably, Princess Diana was the first British citizen to marry an heir since 1660. Kate Middleton and Meghan Markle would follow in her footsteps, with their respective marriages to Diana’s sons Prince William and Harry.