Congratulations are in order for Sweden’s Princess Madeleine and her British husband Chris O’Neil, who welcomed their third child together into the world last Friday at Stockholm’s Danderyd Hospital, according to the Office of the Marshal of the Realm.

According to E!, O’Neill said in a statement that the couple are “thrilled about the new addition to [their] family,” Princess Adrienne Josephine Alice.

Madeleine revealed the name on her new Instagram account, along with a cute photo of the new royal baby hanging out with with her older siblings, Princess Leonore, 4, and Prince Nicolas, 2.

“Leonore and Nicolas welcoming their little sister home,” she captioned the adorable image.

A post shared by Princess Madeleine of Sweden (@princess_madeleine_of_sweden)

A post shared by Princess Madeleine of Sweden (@princess_madeleine_of_sweden)

Madeleine announced that she was expecting another baby in a sweet post to fans on Facebook back in August of 2017.

RELATED: The Duke and Duchess of Cambridge were all smiles during their recent trip to Poland

Princess Madeleine met her husband in New York City, and the couple wed in a lavish ceremony in Stockholm in 2013. 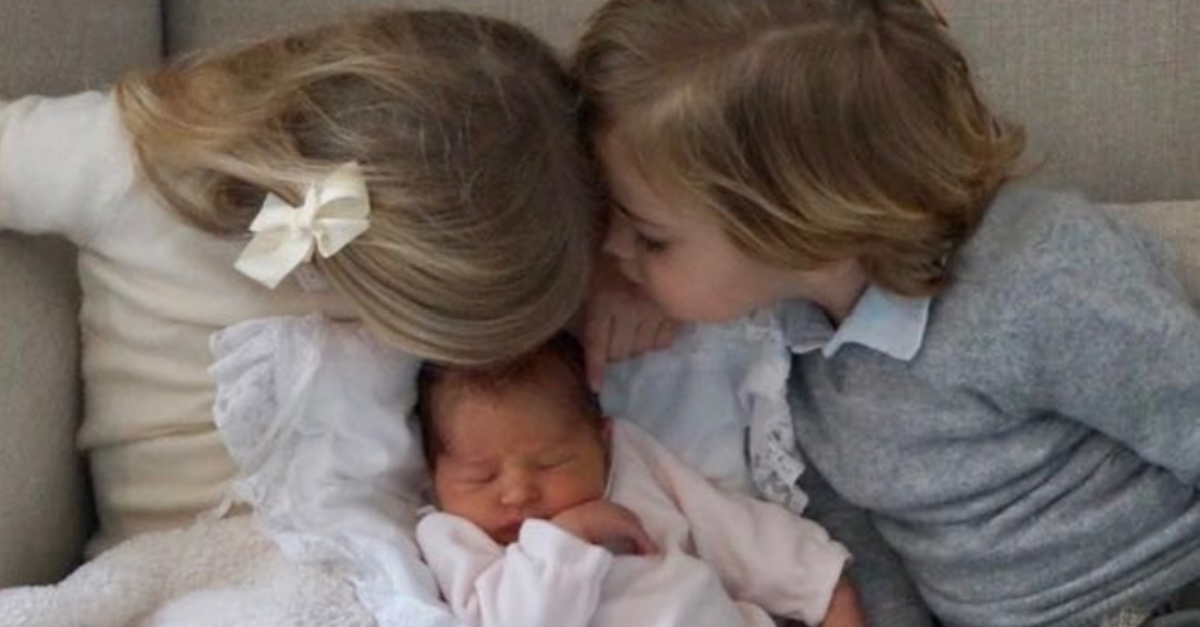