Dreyfus’ son Charlie Hall is currently on the Northwestern University basketball team, competing in the NCAA tournament. The actress and comedian was present on Thursday night to watch her son’s team defeat Rutgers and ESPN2 didn’t miss out on the opportunity to catch Dreyfus cheering on her son!

RELATED: The insults on “Veep” are so funny that you’ll have to watch this compilation twice to get all the jokes

She is so excited! ESPN should never miss out on an opportunity to split the screen for Julia Louis Dreyfus.

Last month Dreyfus gave an interview to the Chicago Tribune in which she spoke about how proud she is of her son and his accomplishments on the Northwestern basketball team. Dreyfus noted that she never misses a game, even if she can’t be there in person.

“We’re his parents, so you might be talking to the best people or the worst people (to give an assessment),” Louis-Dreyfus said. “We think he is outstanding in every regard. We’re his biggest fans.”

The Northwestern alumni are also fans of the team in general, flying in from California or New York whenever possible.

“We do not miss a game — either physically or on TV — and we have BTN2GO on our phones,” Louis-Dreyfus said. “It’s just a matter of our production schedule. If we can be there, we are.”

All parents can definitely understand where Dreyfus is coming from. We’re sure this isn’t the last we’ll see of her on the ESPN cam! 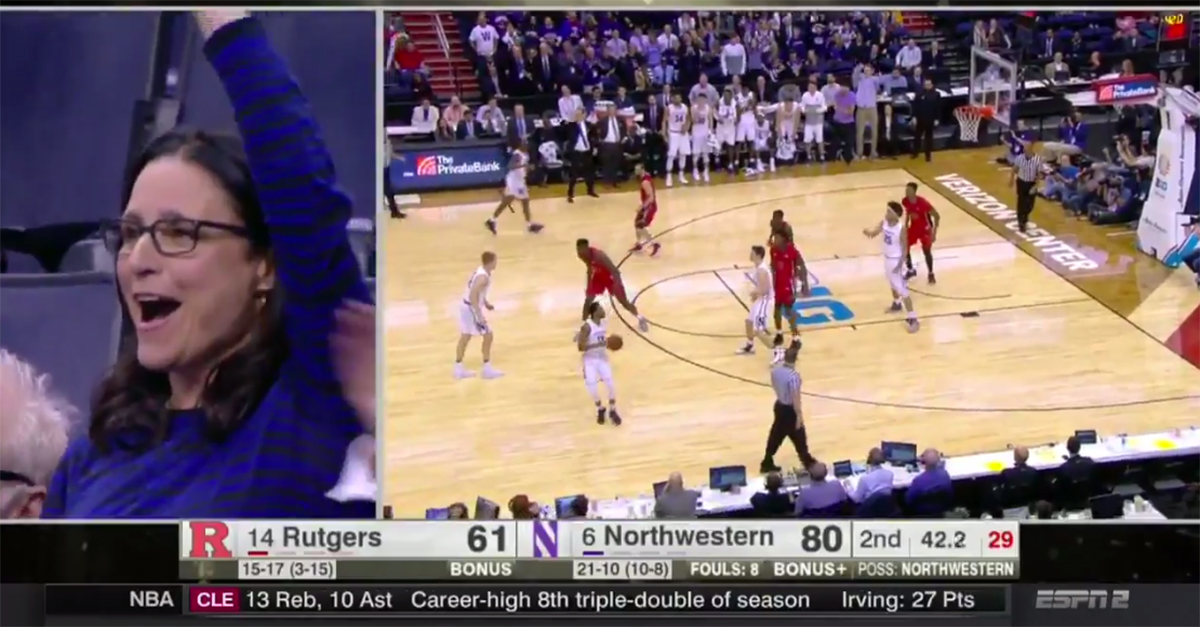