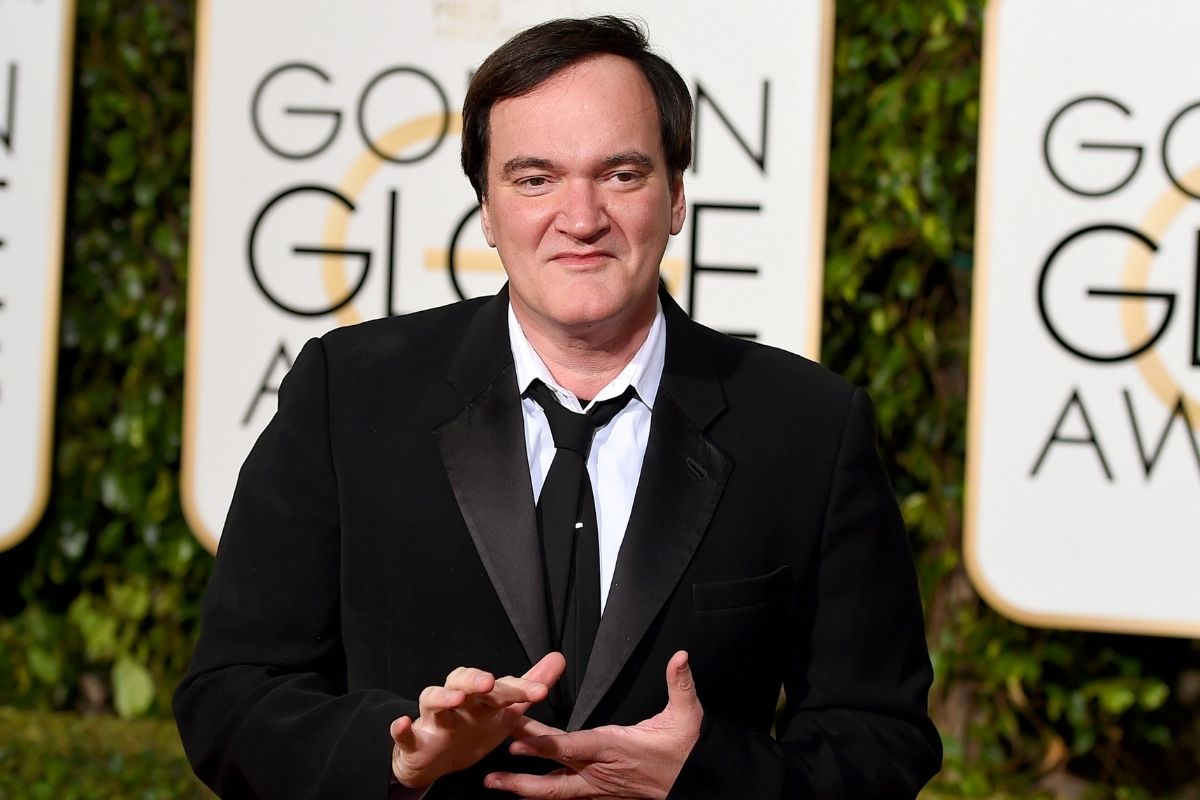 If all director and filmmaker Quentin Jerome Tarantino had accomplished within the film industry was popularizing nonlinear storylines and reviving John Travolta’s career, it would be pretty impressive, but he has done so much more.

Tarantino made his directing debut in 1992 with Reservoir Dogs, which made him a beloved favorite and critical darling within the indie film community; in fact, British film magazine Empire named it the greatest independent film of all time, per Ranker. His big breakthrough came with 1994’s Pulp Fiction, which spawned many copycat films, won the Oscar for Best Original Screenplay, and cemented Tarantino’s reputation as one of the most influential directors of his time. But how much money has he made from all those pop culture references and detailed, loving tributes to old movies?

Quentin Tarantino was born of Italian descent in Knoxville, Tennessee in 1963. His family moved to California when he was 4, as reported by Biography. He became obsessed with movies as a child; one of his earliest memories is his grandmother taking him to see a John Wayne Western. He preferred watching movies and reading comics to school and dropped out of Narbonne High School. He worked as an usher at an adult theater while taking acting classes, and eventually started working at Video Archives in Long Beach, California. There, he met his future screenwriting partner Roger Avary. While at Video Archives, he worked on the screenplays for True Romance and Natural Born Killers.

Tarantino started working at a production company, Cinetel, in 1990. Through that job, he got the screenplay for True Romance to director Tony Scott, who liked it, bought the rights, and directed the film adaptation in 1993. During this time period, Tarantino was able to secure funding to direct his own screenplay by working with producer Lawrence Bender. Harvey Keitel read the script, was impressed, and signed on as a producer as well as a star of Reservoir Dogs. The movie’s release in 1992 attracted a lot of international attention and wowed audiences at the Sundance Film Festival. It wasn’t an American box office hit but became a cult favorite via video rentals.

In 1994, Tarantino became a household name with the release of Pulp Fiction. It reunited him with Reservoir Dogs actors Harvey Keitel, Tim Roth, and Steve Bucemi and launched his association with several people that would go on to be Tarantino regulars, including Uma Thurman, Samuel L. Jackson, and producer Harvey Weinstein. Weinstein once called his companies Miramax and The Weinstein Company “the house that Quentin built,” per The Independent, due to the massive financial success and artistic credibility resulting from the partnership. Pulp Fiction became the first independent movie to bring in over $108 million, won the Palme d’Or at the Cannes Film Festival, and was nominated for seven Academy Awards, including Best Picture and Best Director. Tarantino and Roger Avery took home the film’s only Oscar win for Best Original Screenplay.

Oliver Stone directed the film adaptation of Natural Born Killers in 1994, rewriting the screenplay so much that Tarantino ended up being credited for the “story” rather than as a screenwriter. Tarantino hated Stone’s version of his story, fought to have his name removed from the project entirely, and even slapped one of the film’s producers during a confrontation in a restaurant.

Tarantino started his ongoing association with director Robert Rodriguez in 1996 when they each directed one of the four sections within the movie Four Rooms. Rodriguez also directed Tarantino’s screenplay for the vampire movie From Dusk Till Dawn, which starred Tarantino and George Clooney. Neither Four Rooms nor From Dusk Till Dawn were critical favorites. The two directors reunited in 2007’s Grindhouse for which Tarantino directed Death Proof and Rodriguez directed Planet Terror; the two horror movies were released together as a double feature that played one after the other in the style of old “grindhouse” double features from the 1970s.

After his mid-’90s slump, Tarantino was back in critics’ favor in 1997 with the release of Jackie Brown, an adaptation of the Elmore Leonard crime novel Rum Punch. An ode to Blaxploitation films of the 1970s, the film starred Pam Grier, the iconic star of genre classics like Foxy Brown and Coffy, and Robert Forster, whose long and varied career included a string of cult B-movies, including Alligator and Delta Force. The leads’ performances were particularly noteworthy, with Forster receiving Best Supporting Actor Academy Award and Golden Globe nominations and Grier receiving a Best Actress Golden Globe nomination.

After a break of several years, Tarantino decided to move forward with a filmmaking idea he and Uma Thurman has discussed during the making of Pulp Fiction. The result was Kill Bill, yet another ode to ‘70s cinema, this time martial arts, kung fu, Blaxploitation, spaghetti Westerns, and revenge movies. The movie starred Uma Thurman as The Bride, a woman left for dead by her former co-workers, a team of assassins called the Deadly Vipers. The Vipers are led by her ex-boyfriend Bill, played by David Carradine, former star of the 1970s television show Kung Fu. The movie was so long that it was released in two parts; Kill Bill: Volume 1 came out in 2003 and Volume 2 followed in 2004. Uma Thurman received both Golden Globe and BAFTA Award nominations for Best Actress for her role as The Bride.

After Grindhouse flopped with critics and audiences, Tarantino went back to the World War II script he’d been writing off and on for years. The result was 2009’s Inglourious Basterds, which starred Brad Pitt as the leader of “a group of Jewish-American soldiers out to destroy as many Nazis as possible.” The film was nominated for eight Academy Awards and Grammys, including Best Picture, Best Director, Best Screenplay, and Best Supporting Actor for Christopher Waltz; Waltz took home the Oscar.

Tantantino’s biggest hit yet came with 2012’s Django Unchained, an ode to Spaghetti Westerns in which a formerly enslaved man, Django, played by Jamie Foxx, searches for and rescues his wife, played by Kerry Washington, from a plantation owner played by Leonardo DiCaprio. It became Tarantino’s highest grossing film yet, beating Once Upon a Time in Hollywood and making over $450 million worldwide, per Men’s Health. He received his second Oscar for Best Original Screenplay and Christopher Waltz won the Academy Award for Best Supporting Actor for a second Tarantino role. The film was also nominated for Best Picture, Best Cinematography, and Best Sound Editing.

Tarantino made another Western with 2015’s The Hateful Eight, which reunited him with several actors who had appeared in his past films, including Samuel L. Jackson, Kurt Russell, Tim Roth, and Michael Madsen. Ennio Morricone won the Academy Award for Best Original Score; Jennifer Jason Leigh was nominated for Best Supporting Actress for her role as Daisy Domergue.

In 2019, Tarantino reunited with Brad Pitt and Leonardo DiCaprio for Once Upon a Time… in Hollywood, a film that takes place in an alternate timeline in the late 1960s and includes “multiple storylines in a tribute to the final moments of Hollywood’s golden age,” per the movie’s official website. It was Tarantino’s first movie without Harvey Weinstein and Miramax and another critical and commercial success. It received ten Academy Award nominations, including Best Picture; Pitt won the Best Supporting Actor Oscar. The movie won Best Motion Picture—Musical or Comedy at the Golden Globe Awards.

According to Celebrity Net Worth, the official Quentin Tarantino net worth is $120 million. His movies have made over $1.5 billion globally, and he typically receives a $20 million advance for writing, producing, and directing each of his films. Quentin Tarantino’s net worth also consists of him owning “a generous backend percentage of his films’ profits that can translate into a total per movie haul of $30-40 million in some cases.”

Per the IMDB, Quentin Tarantino is working on the movie Django/Zorro, in which “Django meets Don Diego de la Vega, the famed Zorro, and agrees to become his bodyguard on a mission to free the local aboriginal population from slavery.” Apparently Jamie Foxx has expressed interest in returning as Django and both he and Tarantino are interested in Antonio Banderas reprising his role as Zorro. The IMDB also lists Kill Bill: Volume 3 as an upcoming project, but notes “Plot details kept under wraps.” Tarantino reportedly said in December of 2015 that he “he’s had an idea for what he would like to do for a part 3, but has been waiting for the actors to age naturally.”

Quentin Tarantino Is Married With A Son

The film director dated actress Mira Sorvino in the 1990s. He told The New York Times in 2017 that Sorvino had “told him about unwelcome advances and unwanted touching by Mr. Weinstein,” but he hadn’t done more to confront him because “the thing I thought then, at the time, was that he was particularly hung up on Mira.”

Tarantino married Israeli singer Daniella Pick in November of 2018, as reported by NBC New York. They married “in an intimate and private wedding with close friends and family in their place in Los Angeles,” according to Pick’s representative. The couple welcomed a baby boy in February of 2020. Per The Times of Israel, they named their son Leo, “but not after the famous actor who has starred in several of Tarantino’s films.” Baby Leo was named for Pick’s grandfather. The family currently lives in Tel Aviv, Israel.

Watch: What is Colin Mochrie’s Net Worth?